Demetrious Johnson Plans To ‘Drown’ Adriano Moraes At ONE On TNT 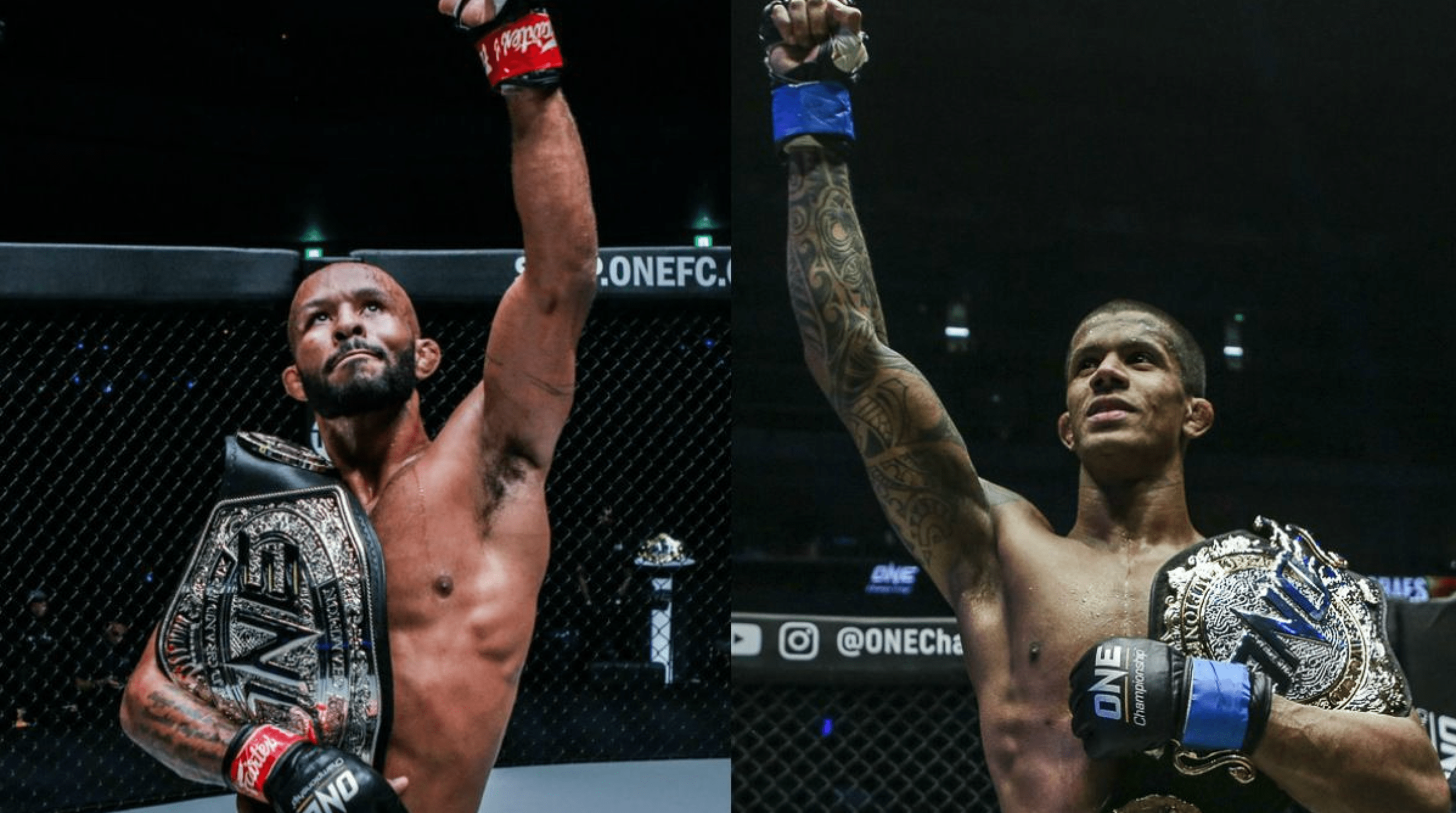 Demetrious Johnson captured his first belt in ONE Championship when he won the ONE Flyweight World Grand Prix at ONE: Century in October 2019. But his ultimate goal is to win the promotion’s world title, which he has a chance of accomplishing on April 7th at ONE on TNT 1, when he faces ONE flyweight champion Adriano Moraes.

While he has picked up three straight wins since debuting in ONE, the road has been far from easy for Johnson. The former UFC flyweight champion has faced tough competition in all three of his fights, which all took place in the ONE Flyweight Grand Prix.

Working For The Title Shot

Speaking to ONE Championship, Johnson said that he could have asked for an immediate title shot, given his accomplishments in the UFC. However, he believes in earning a shot at the belt.

“Obviously, with my name and what I’ve done in mixed martial arts, I could have argued for a title shot [right away], but I’ve always been upfront about athletes working for their shot,” said Johnson. “My experience in the Grand Prix was awesome. It’s something I really, truly wanted after watching PRIDE growing up, and I got one of the belts that I’m most proud of.

“Now, my story has led me to fight Adriano Moraes for the flyweight belt.”

Moraes is a formidable BJJ black belt, and has finished six of his nine wins in the ONE Circle by way of submission. As ONE flyweight champion, ‘Mikinho’ holds a 6-2 record in title fights. Johnson acknowledges the dangerous ground game that the champion presents, and can’t wait to try to to figure out the puzzle come fight night.

“I think Adriano is the world champion for a reason. He’s very good at what he does and how he likes to go about winning his fights,” Johnson said. “He is good at getting the back, throwing on those long legs for a body triangle, and looking for the rear-naked choke.

“But if you look at that – it’s a safe spot and his spot to burn time. There were times he got Geje Eustaquio’s back, and he’s sitting there hidden. If you have my back, I’m like, ‘Great, you’re on my back, are you going to do something? Let’s go!’

Throughout his career, ‘Mighty Mouse’ has been known to have outstanding cardio, speed, technique, and fight IQ. Johnson plans to utilise all of those things when he steps into the ONE Circle with Moraes, and believes the Brazilian won’t be prepared for the pace he’ll bring to the fight.

“When I watch all his fights, he goes in to compete, but he hasn’t really gone in to impose his will on somebody,” said Johnson. “That’s what he should be doing in all his fights.

“I’m going to come in and I’m going to come forward. I try to do my best to make sure I can push the fight and make it miserable for [my opponents], and then I try to drown them in the later rounds. You’ve got to go out there and take risks because without risk, there is no reward. My coach tells me, ‘You need to go get him.’ You are being paid to fight and win, and that’s what I plan on doing.”

“Dominate And Become A World Champion”

In the UFC, Johnson defended the promotion’s flyweight title a record-breaking eleven times. Having dominated the MMA scene in North America, the 34 year old hopes he can replicate that success in Asia, and the first step would be to beat Moraes to win the ONE flyweight title.

“I’m very confident in my process of getting myself ready for the fight. But I go out there and I hope for a good result,” said Johnson. “It would mean a lot [to win the ONE flyweight world title]. I dominated North America for six years as a world champion. Now the goal coming to ONE Championship — which is the greatest and best organisation in the eastern side of the world — is to dominate and become a world champion.

“We’ve dissected Adriano — this isn’t the first time we’ve gotten ready for him — so in order to find out what weakness I plan on exposing on April 7th, tune in live on TNT.”

Do you think Demetrious Johnson beats Adriano Moraes at ONE on TNT 1 to win the ONE flyweight title?