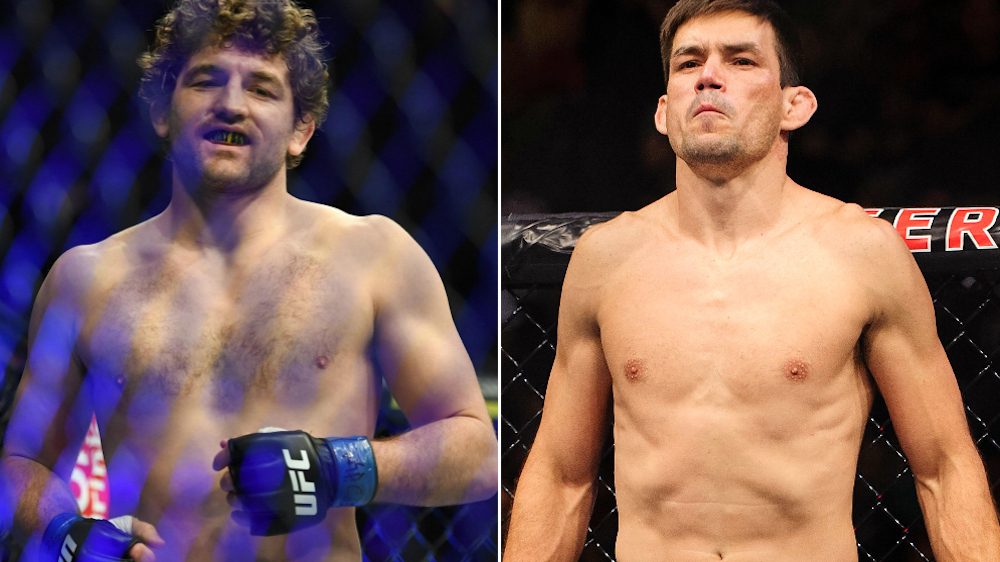 Demian Maia and Ben Askren haven’t had the best of fortunes as of late. When Askren moved to the UFC from ONE Championship, the fans wanted to see if Ben could dominate fighters in the promotion. After winning titles in Bellator MMA and ONE Championship while remaining undefeated, Askren’s first fight in the UFC saw him beating former champion Robbie Lawler under controversial circumstances. His last fight however propelled his opponent to fame, while putting Askren out of commission for a couple of months.

Demian Maia on the other hand has won both his fights in 2019, but lost back-to-back fights against top contenders Tyron Woodley, Colby Covington and the current champion Kamaru Usman. While Maia understands that he now has to once again go to the back of the line, he is still looking for a challenge in his next fight.

There have been rumours about Ben Askren facing the grappling wizard at UFC Singapore, and they even respectfully agreed to fight each other. Considering Askren’s wrestling background and Maia’s BJJ, the fans have been wanting to see who the best grappler in the UFC really is. And Askren recently took to social media, claiming that his fight with Maia will indeed happen this October.

Askren’s last fight against Jorge Masvidal ended with Jorge connecting with a running knee, ending the fight in just five seconds. Maia last defeated Anthony Martin by majority decision, and a fight between the two grappling phenoms would indeed prove to be an enticing affair.