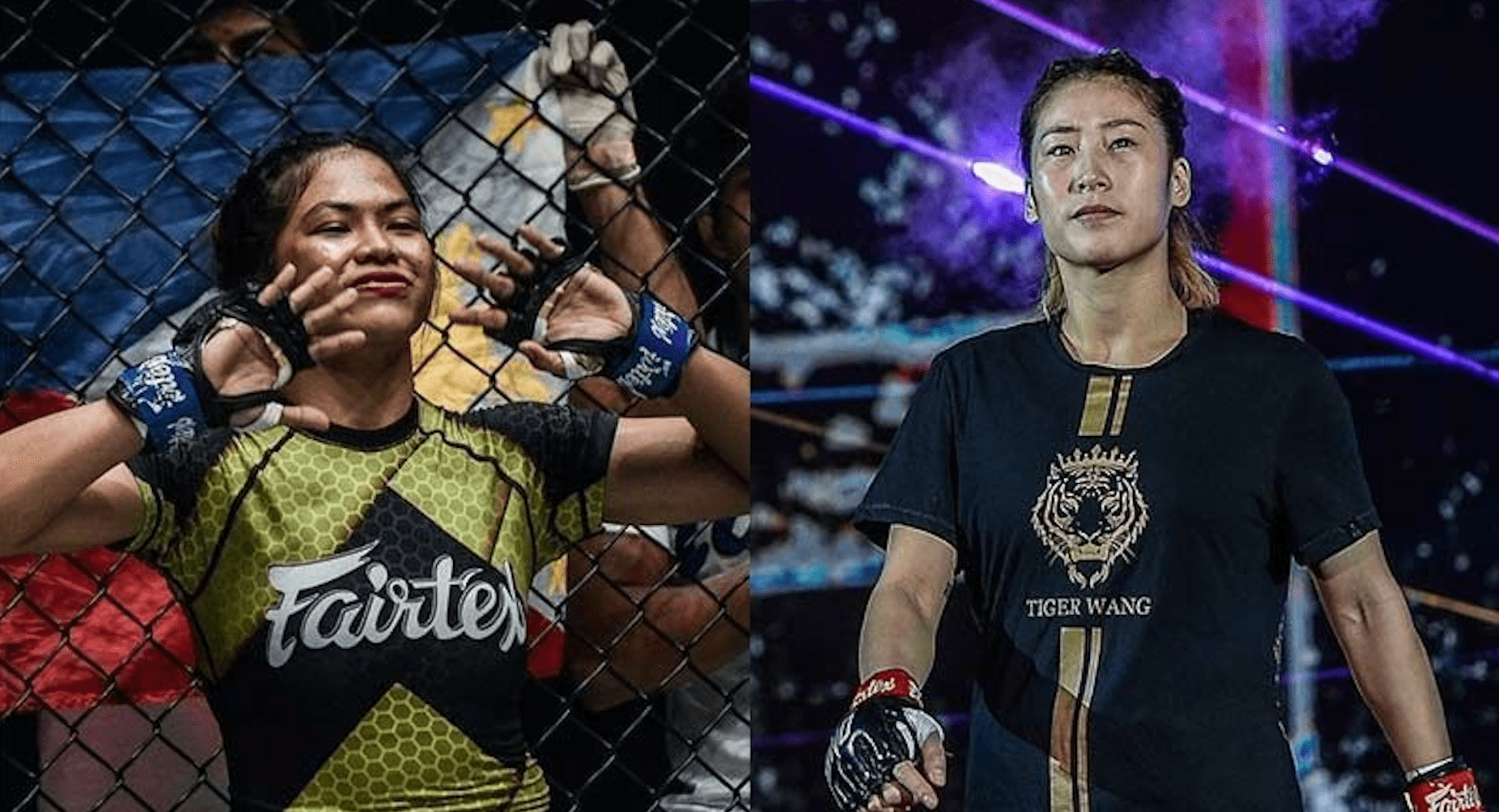 Denice Zamboanga has had quite the successful run in ONE Championship since making her debut 15 months ago, and currently stands as the number one-ranked women’s atomweight.

Zamboanga got off to a winning start in the promotion by beating Jihin Radzuan at the end of 2019 at ONE: Mark Of Greatness. She then dominated Mei Yamaguchi for three rounds a year ago at ONE: King Of The Jungle, before submitting Watsyapinya Kaewkhong in the first round at ONE: A New Breed last August.

Despite Zamboanga’s success inside the ONE Circle, Meng Bo stated earlier this week that she would finish her rival in under two rounds. Speaking to ONE Championship however, ‘The Menace’ hit back at the number two ranked atomweight.

“It’s cute that she thinks she can knock me out in two rounds,” Zamboanga responded. “I’d like to see her try. Let’s see what happens.”

The 24 year old Filipina was set to challenge Angela Lee for the atomweight title last year, but after the champion became pregnant with her first child, ONE Championship announced an Atomweight World Grand Prix set for 2021 to determine the next title challenger for when ‘Unstoppable returns at the end of the year. Should the two meet in the Grand Prix, Zamboanga plans to humble Meng.

“Meng Bo likes to talk a lot. But talking doesn’t win you fights. She’s just asking to be humbled,” Zamboanga said. “Sooner or later, we will see each other in the Circle, and the talking will be over.”

“I Prefer To Do My Talking In The Fight”

Meng is coming off a unanimous decision win against Samara Santos at ONE: Unbreakable, extending her record to 3-0 inside the ONE Circle. Despite the exchange of words between the two top contenders, Zamboanga would prefer to let her fighting do the talking.

“You’ll just have to wait until we are together in the Circle. I don’t really like to talk much, unless provoked,” Zamboanga stated. “I prefer to do my talking in the fight. I think it’s going to be a surprise for everyone. I just want to get back in there and compete.”

How do you think an atomweight showdown between Denice Zamboanga and Meng Bo would play out inside the ONE Circle?