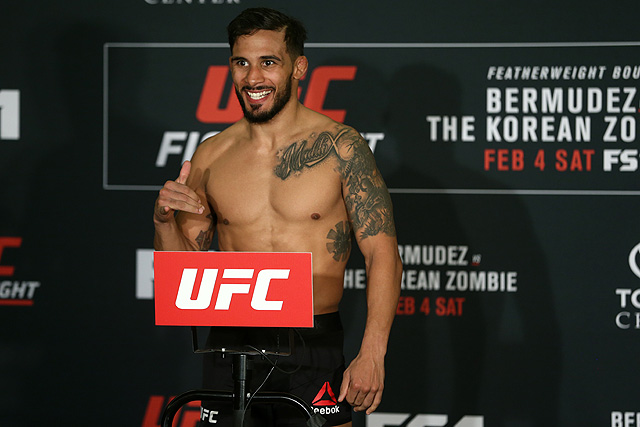 Bermudez was returning to lightweight from featherweight, and got back to winning ways after a four-fight skid. After his win, Bermudez retired from the sport, leaving his gloves inside the Octagon.

Bermudez made his UFC debut back in 2011, and has since amassed a record of 10 wins and 7 losses inside the Octagon. Dennis also holds a victory over current featherweight champion, Max Holloway, whom he had beaten back in 2013.

In his post-fight interview, “The Menace” said, “This is my last fight. It’s been awesome. I’ve been through some stuff and thought about hanging them up after the four losses. I want my kids to look back and see that even though I went through adversity, I came out on top. My uncle has cancer and isn’t doing so well. That’s what us Bermudez boys do — when we’re down and out, we come back and win.”

“If I had lost, it was definitely going to be my last fight. I doubt they’d (UFC) sign me back after a five-fight losing streak. I pushed myself really hard and have been competing since I was in seventh grade. I have two little boys at home. The fight game’s tough and I want to be able to see my grandchildren grow up. I just want to take care of myself now. It feels nice to go out on my terms.”