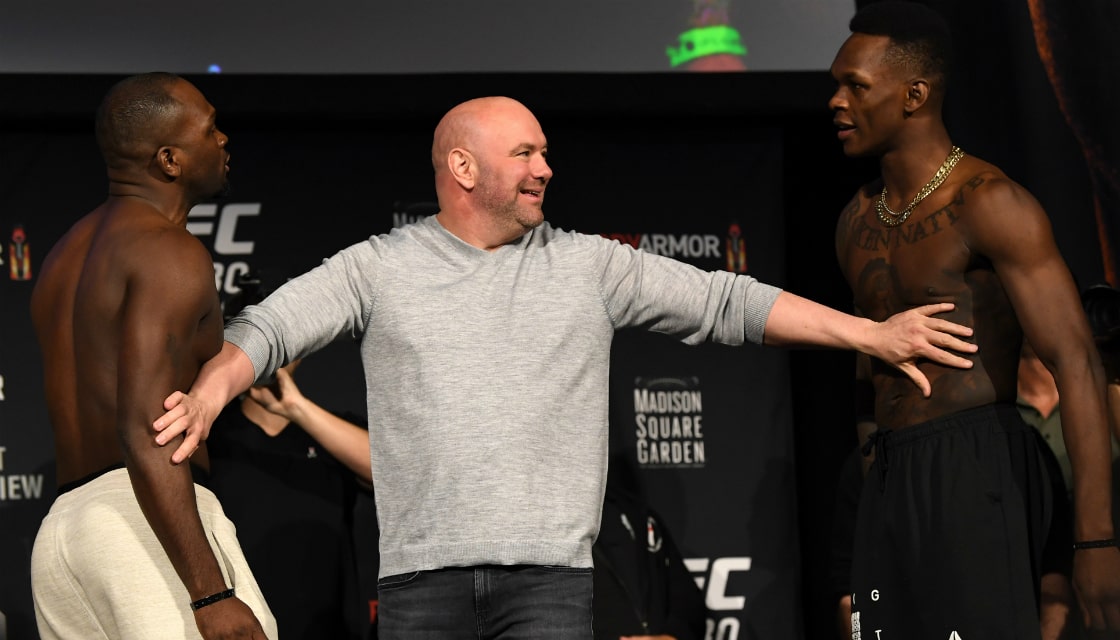 UFC middleweight Derek Brunson previously trained with Jon Jones, and was recently asked about his “beef” with Israel Adesanya. If you have, somehow, missed their trash talk, both Jones and Adesanya have been taunting each other. While “Bones” told Israel to stay in his lane, “Izzy” said Jon was jealous and intimidated.

Now the UFC fighters are weighing in on who will get their hand raised if a fight does materialize. Israel Adesanya is the middleweight champion, while Jon Jones is the light heavyweight champion. It isn’t hard to believe “The Last Stylebender” will move up a division just to fight Jones in the near future.

Derek Brunson however believes that Jones would be too much for Israel. Talking to TMZ during the Dominance MMA media day, Brunson said, “I kind of know who wins that fight. Jon Jones will be a little too much (for Adesanya).

“Jon is a high IQ fighter. So really, the chance of “Izzy” winning that fight is (with him) catching him and hurting him. I know he said he’d get the finish in this fight, but he’s not a power guy. He’s more of a TKO guy. He’s going to put some punches together.

“But Jon is big and strong. He’s going to figure it out, and he’s going to take him down.”

Both the fighters are currently undefeated, which also adds more intrigue to their potential match-up. Adesanya also recently told Jones he would “f**k him up”, but Brunson doesn’t believe that will happen.

Derek Brunson also said that he would want to have a rematch with Israel to avenge his loss to him.