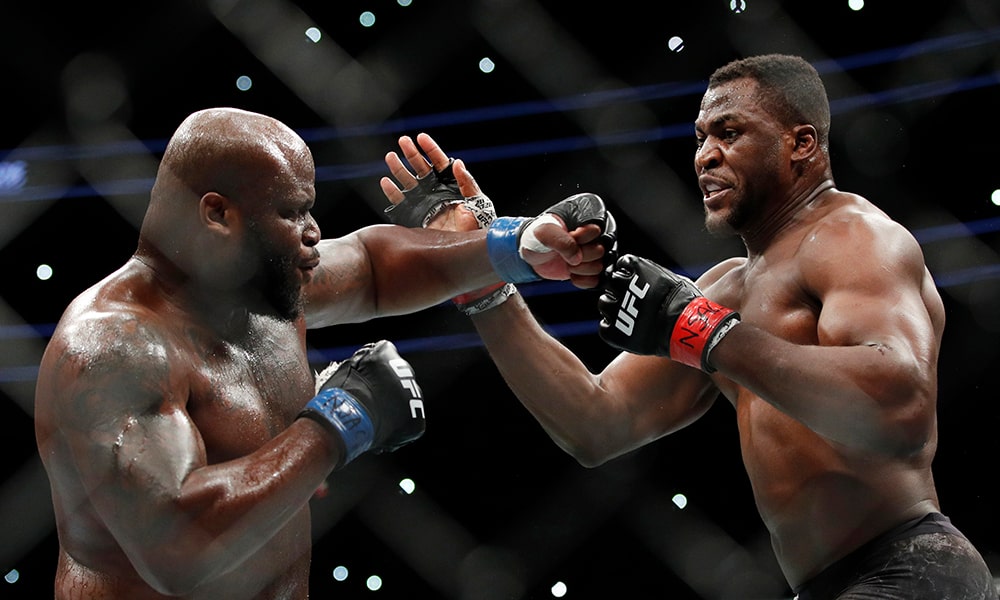 The number two ranked UFC heavyweight Derrick Lewis says he has agreed to fight the champion Francis Ngannou, later in the year.

The pair first fought three years ago at UFC 226, when Lewis beat Ngannou in a surprising heavyweight snooze fest. Given the fact that both fighters are violent knockout artists, fans were expecting an exciting bout, but they were left disappointed.

Speaking to ESPN (as transcribed by MMA Junkie), Lewis took all the blame for how the first fight played out, but vowed to right the wrongs when he rematches Ngannou.

“I blame myself,” Lewis said. “It really wasn’t his fault. I’m not gonna sit up here and blame him. I’m gonna say it was my fault mostly. I came in that fight in half-assed training and didn’t take care of my body the way I was supposed to that fight, so I blame myself. Now that I’m more experienced, I know that what I need to do to really get the job done.”

Last week, Dana White said that the UFC has failed to reach an agreement with Jon Jones, and that Lewis is the frontrunner for a shot at the title. ‘The Black Beast’ revealed that he has agreed to fight Ngannou, and they are waiting on ‘The Predator’ to get the deal done.

When the two get locked inside the Octagon once more, Lewis said that he’s going to catch Ngannou early in the fight to win the belt.

Do you think Derrick Lewis will beat Francis Ngannou again to win the UFC heavyweight title?