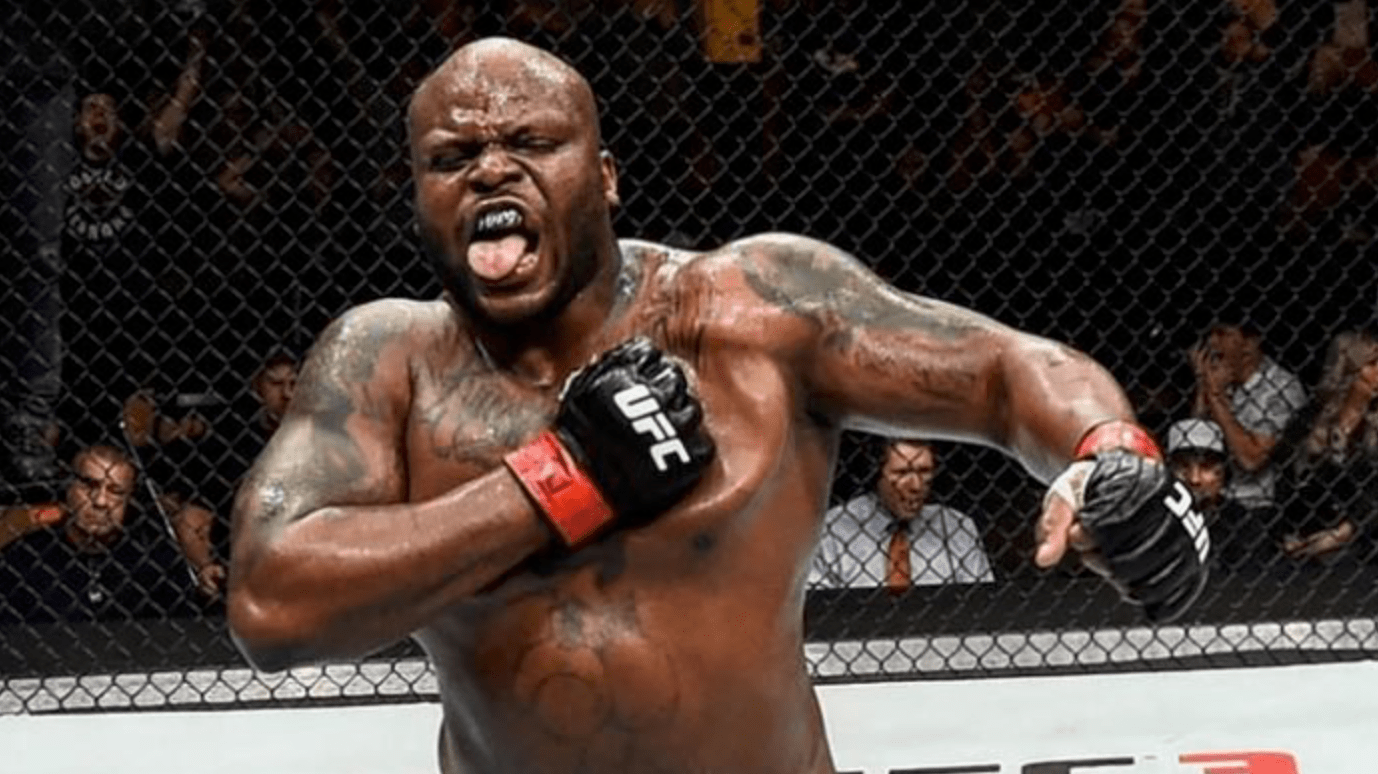 You would think that going into a fight with the former UFC heavyweight champion, you’d be preparing for one of your toughest fights of your life. Well, not if you’re Derrick Lewis. ‘The Black Beast’ believes that Junior dos Santos will be one of the weakest guys he’s ever faced. As he told Helen Yee (as transcribed by MMA Fighting).

“He’s probably the weakest guy that I’m gonna fight out of the guys that I’ve fought before. He’s probably like the fifth or the sixth guy. I don’t think he’s the toughest guy I’ve ever fought so we’ll see on March 9th.”

In his last outing to the Octagon, Lewis was submitted by Daniel Cormier, when challenging ‘DC’ for the belt. Lewis took the fight on short notice and when the UFC asked him to fight Stipe on short notice, he wasn’t interested.

“They offered me Stipe but I told them it was too short of a notice. It was right after the DC fight and they wanted me to fight in January, right after I just lost to DC. So I just told them no, I needed some time off.

“I had a fight in November then they wanted me to fight in January. I’m like, damn! This are all top guys so I needed some time off. I wanted a full training camp. My body, my mind wasn’t quite right.”

“It’s like I say all the time, it’s the heavyweight division. It doesn’t matter if the guys a black belt or if he’s a world-class boxer. We still have a 50-50 chance. We’re heavyweights, so it’s just gonna take one punch.

Although he rates his chancing of winning at 50-50, Lewis believes he’ll finish dos Santos whenever he wants.

“Hopefully everything goes good with the JDS fight and we get it back in there real quick with Stipe. It really don’t matter who I fight next. He’s just right there and he called me out before. They had me booked with JDS while he called me out so I’m just gonna go ahead and call him out before this fight.”

It sounds like Lewis has his plans all mapped out. And that could include fighting Francis Ngannou again but giving us all the fight we were hoping for, the first time round.

“If Francis is still at the top or whatever and gets the title shot, after Stipe I will fight Francis again and it will be a better fight than our last performance.”

Lewis and dos Santos will face each other in the UFC Wichita main event, on March 9th.