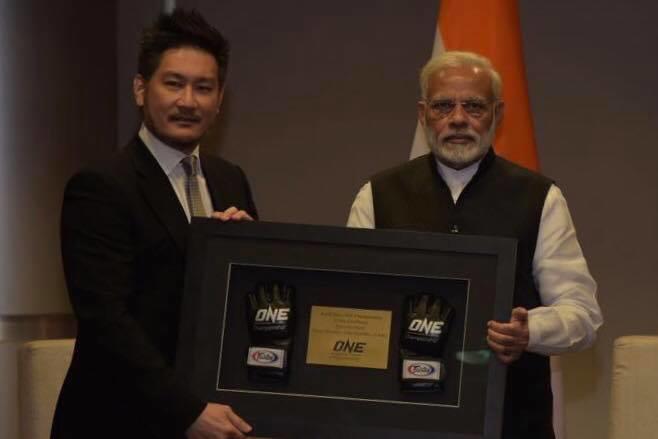 For the longest time, India has been the untested and unproven market for MMA promotions. While local promotions tried to tap the market’s potential, more often than not — mainly due to their own misgivings, they weren’t able to turn a country of 1.3 billion people into a land of opportunities for the MMA fighters.

The belief of the mixed martial arts fans in India has been that the country is waiting for one of the big organizations to set their sights on the market. While the UFC did toy with the idea of coming to India with a TUF edition nearly five years ago, the sheer promotional muscle of the top organizations could ultimately prove to be the key, to unlock the market’s true potential.

There is very little doubt in anybody’s mind that ONE Championship, with their recent cash injection and statement signings, is one of the biggest MMA promotions on the planet. With the likes of Demetrious Johnson, Eddie Alvarez and Sage Northcutt bringing in the star-power that would undoubtedly change the company’s promotional outlook, ONE Championship could finally provide the answers the MMA fans have been waiting for.

ONE Championship’s Close Ties With India

It took UFC over a decade to truly cement themselves and turn a corner. However, ONE Championship, in a day and age where the sport is more or less dominated by the western promotions, needed comparatively less time to cement their status as one of the leading global promotions. While UFC is still searching for proven Indian talent to truly focus on the Indian market, the likes of Himanshu Kaushik, Rajinder Singh Meena and Puja Tomar, who have come out on the winning side in recent months, could lay the foundations for ONE Championship to enter the picture.

ONE Championship CEO Chatri Sityodtong, who emphasizes on ambition and drive, may also be the right person to lead the charge. The promotion already has close ties with the country; last year, Chatri received an award from the Indian Prime Minister, and his recent post on LinkedIn could suggest that the foundations for ONE’s entry into India are already being laid.

After paying homage to the Prime Minister, Chatri talked about the great relations he, and the promotion have with India. More importantly, having former UFC champions — and global personalities would undoubtedly work in ONE Championship’s favour, should the promotion choose to focus on a developing market.

As of this writing, ONE Championship hasn’t announced their plans for India. Saying that, one needn’t be surprised if the promotion does make an announcement in the not too distant future.