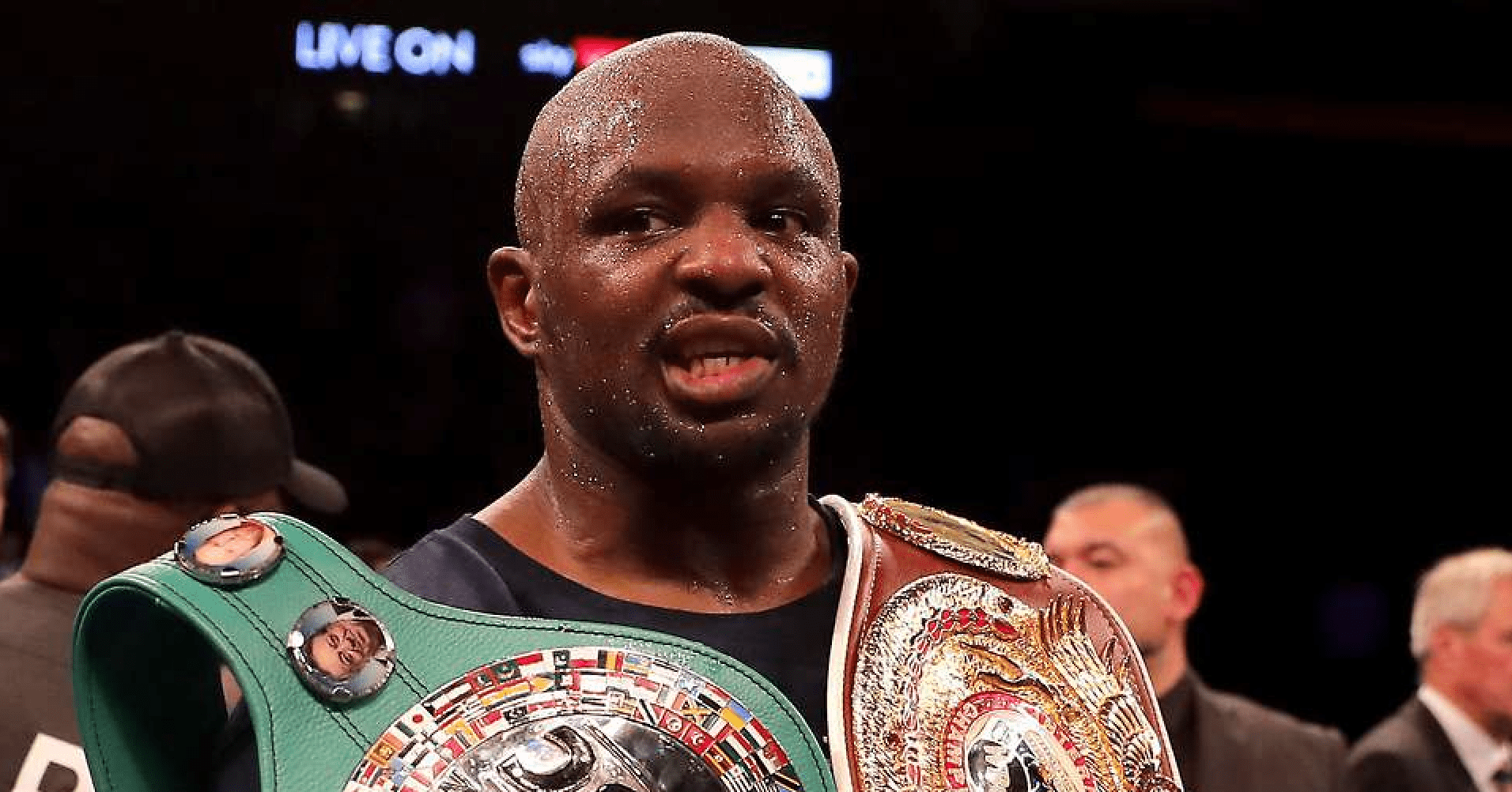 Dillian Whyte is tired of waiting for his rematch with Alexander Povetkin, and is now looking for other options.

Whyte lost his WBC interim heavyweight title to Povetkin after being TKO’d in the fifth round earlier this year, after dominating the first four rounds. The two were set to rematch in November, but the fight was postponed until January after the Russian tested positive for coronavirus.

Povetkin’s promoter Andrey Ryabinsky however, revealed that the fight has been postponed indefinitely because his fighter continues to deal with coronavirus complications.

With no clear date for a rematch in sight, Whyte told Sky Sports that he has now turned his attention towards different opponents, including Deontay Wilder.

“I would love to smash Deontay Wilder’s face in,” Whyte said. “It’s one of those fights where I would be very charged up. I would go out in the first round and just get going after him. It is frustrating, but it’s still a big name. He’s one of the top guys and I would love to fight him. He has to be serious. We offered him six, seven million dollars once and he turned it down when he was making one million dollars to fight Luis Ortiz. How serious is he?

“But when they’re in a bad position, they want to fight me now because it’s a win-win for them. If they lose, they get paid well, if they win, they’re back in the frame. These guys have got no respect.”

“In my mindset, there’s only five fights for me,” said Whyte. “If I get those five fights, then I’m happy to call it a day, to be honest. I don’t want any of these guys to retire. It depends on what these guys are doing. I might have to do more, but if I get the five fights I want. Those fights should be Povetkin, Luis Ortiz, Wilder, Fury, Joshua. Fight those guys then I’ve fought everyone I can fight.

“Even now, Povetkin keeps delaying it, saying he’s sick. I’m like, ‘Okay, that’s fine, I want you to be at your best when I fight you’. Have as much time as you want, let me fight Luis Ortiz in February, and then I’ll fight you later in the year.”

While Wilder is yet to respond to Whyte’s callout, Ortiz’s manager Jay Jimenez told Sky Sports that his guy would “love” to fight him.

“I guess Dillian was calling his name and other names, and he reached to me and asked me, ‘Look, if that’s true, I would like to step in the ring with him. That would be a great fight’. I told him that I would find out,” Jimenez said. “I think yeah, that would be a great fight. Luis Ortiz would love to take that fight. I say January, February [Ortiz could be ready].”

Last month, Wilder shared a list of fighters, including Whyte, who he would like to fight next if he does not get his desired trilogy bout with Tyson Fury.

Who would you like to see Dillian Whyte fight next, Alexander Povetkin, Deontay Wilder, Luis Ortiz, or someone else?