Dillian Whyte On Francis Ngannou: I’d Hurt Him And Knock Him Clean Out 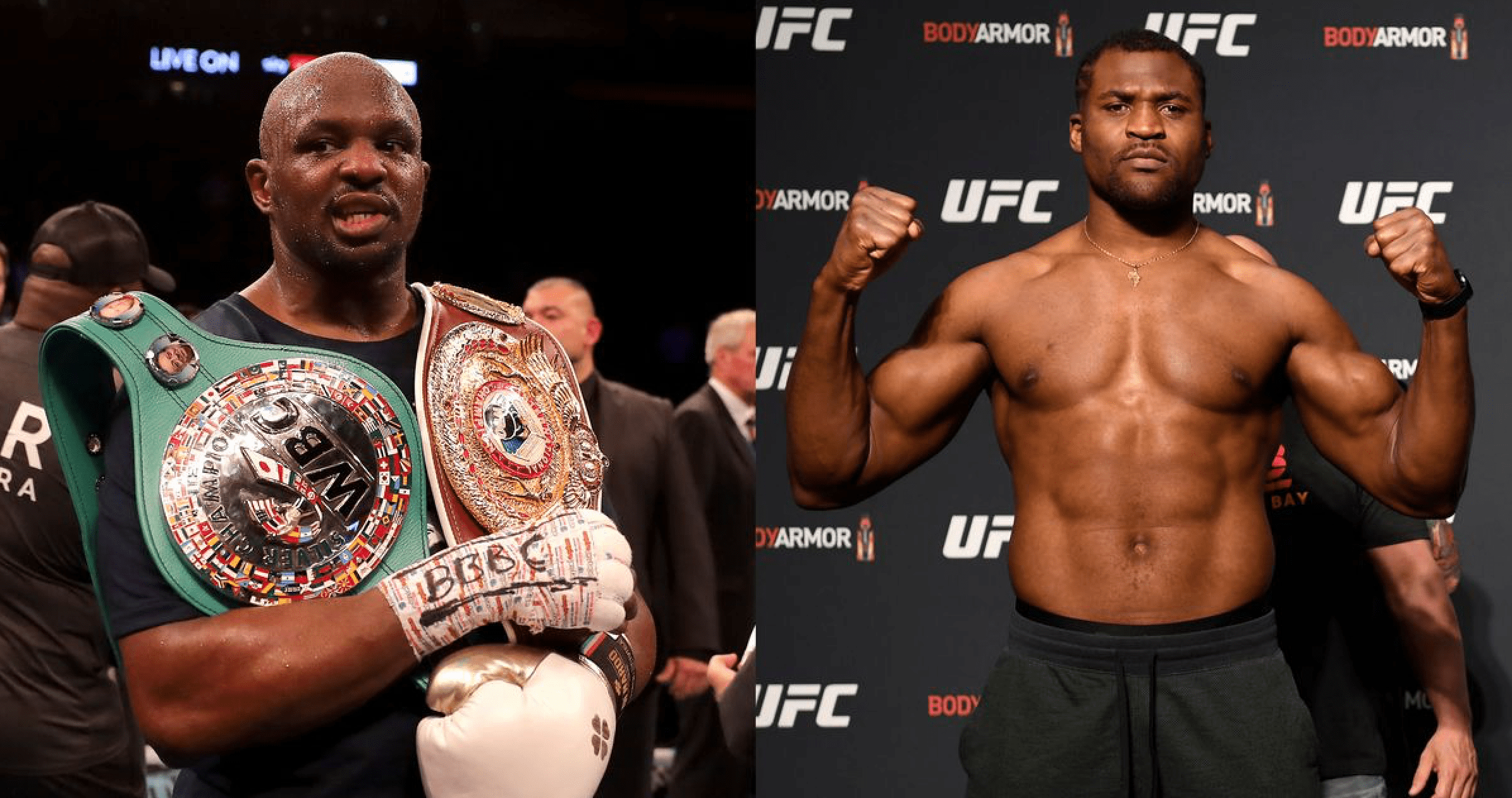 Francis Ngannou has expressed an interest in professional boxing and Dillian Whyte wants to be the one to welcome him into the sport.

The two heavyweights have exchanged words on social media recently, which has generated rumours of a future bout. These fiery tweets appear to have gained more traction since talks broke down between Ngannou and Jon Jones. Whyte didn’t hold anything back about his new rival in an interview with Sky Sports (as transcribed by The Mac Life).

“Ngannou is dumber than he sounds if he thinks he’s going to do anything in boxing. If he turned up to fight me like the coward that he was against Derrick Lewis I’d hurt him and knock him clean out. That was officially the most boring fight in UFC history. The only thing more boring is his personality. If I called him a potato it would be a compliment. He reminds me of that other deluded coward Deontay Wilder.

“Ngannou has to be the most boring man on the planet. A speck of dust has more personality. If he wants it and wants to earn some real money, let’s get it on and stop talking about it. Don’t talk about it, let’s just do it.”

Whyte and Ngannou are caught up in similarly frustrating positions with their relevant championship belts both in limbo. The boxing world is awaiting Anthony Joshua vs Kubrat Pulev and Tyson Fury vs Deontay Wilder 3, in the hope that the two Brits could meet in a historic unification bout.

While Ngannou is waiting for Stipe Miocic to return and defend his UFC heavyweight title, in a trilogy fight with Daniel Cormier.

Last month Whyte also said that he would beat Ngannou inside the Octagon.

Would you like to see Dillian Whyte vs Francis Ngannou, either inside the boxing ring or UFC Octagon?