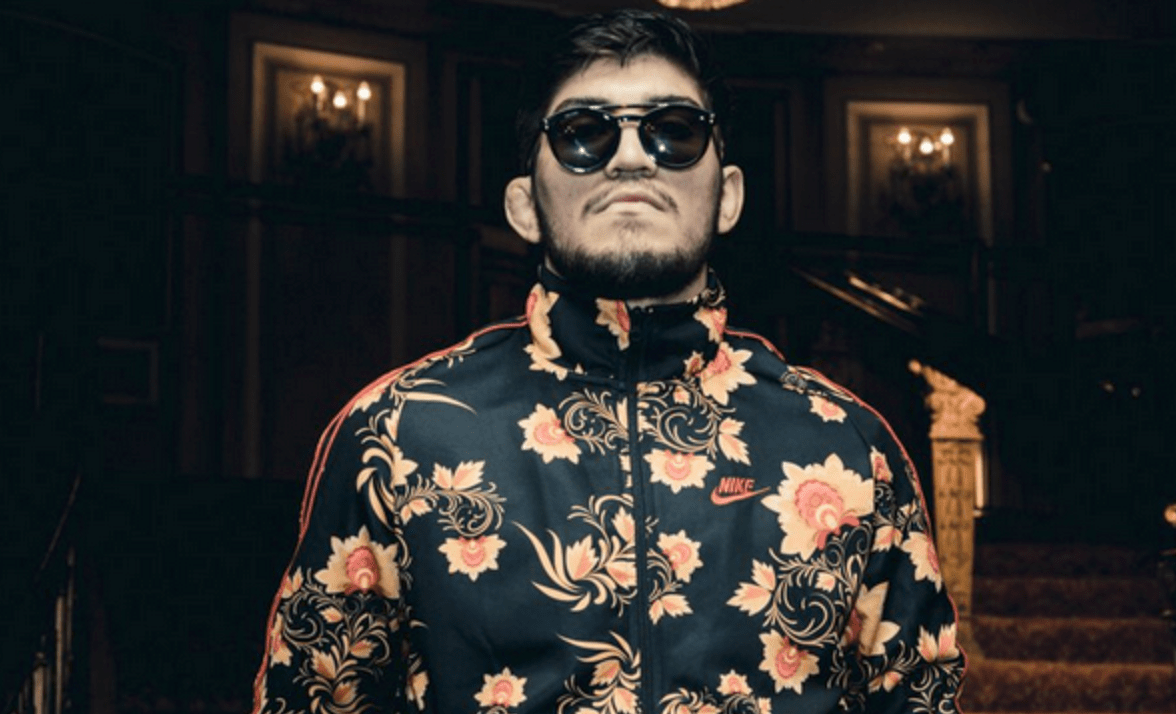 Bellator prospect Dillon Danis has never shied away from calling out seemingly anyone and everyone. Despite the fact he fights in a different promotion, the welterweight has continuously hit out at some of the best fighters in the UFC, including the light heavyweight champion Jon Jones, and welterweight champion, Kamaru Usman.

Danis is undefeated in his MMA career, but has only competed twice since transitioning from BJJ, and is currently recovering from knee surgery. However, that hasn’t stopped him from trash talking half the UFC roster.

‘Me And Masvidal Have A Weird Past’

While speaking with ESPN (as transcribed by BJPenn.com), the Brazilian jiu jitsu specialist said that even with his current injury, he could easily beat Jorge Masvidal in a street fight.

“Right now, even with my knee like this, if I had to get in a street fight with Masvidal or someone like that, it would be easy. I’m serious, it would,” Danis said. “I’d take his leg off and beat him with it. If me and him met in New York City streets, or Miami, I’ve seen him in Miami he didn’t do anything. He left the club.”

When Masvidal was having issues coming to an agreement with the UFC brass ahead of UFC 251, Danis couldn’t help but give his opinion on the matter. The 26 year-old has doubled down on fighting ‘Gamebred’ now, stating the two have history.

“Me and Masvidal have a weird past. A couple of times me and him had beef. One time, I’m not going to say the UFC fighter I went on a date with. But, I had to go to the UFC retreat. Me and my friend went because one of the fighters I was going on a date with, this girl she was at the bar there and she called us to go there,” Danis stated. “It was funny, Masvidal was there and he was eyeing me down acting like he wanted to fight me. He ended up doing nothing. I literally went into a UFC retreat and I go to the bar and every single UFC fighter was there. Not one said anything, they are were actually very, very nice to me, saying I’m the man.

“The other time I saw Masvidal was in a club, I think in Miami. I didn’t even know he was there. I went to my table and they were like Masvidal is there. So I’m like ‘Oh whatever’. They started bringing a lot of attention to me, they were bringing signs up in the club and he got up and left,” Danis said. “Swear on anything. He got up and left and I think he got upset because he is in Miami and I got more love. No one even knew who he was… This was right after he knocked out Ben Askren.”

Speaking of Ben Askren, Danis said he still wants to fight the former ONE Championship and Bellator welterweight champion.

“Think about it, he’s retired,” Danis said. “[So] they could sign him to Bellator. Why not? He just said I’ll come back for the right money fight. He always calls me out, so that would be a great one.

How does Dillon Danis do against Jorge Masvidal and Ben Askren?