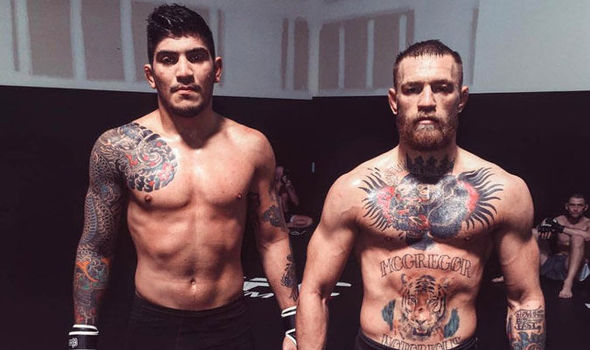 Dillonn Danis is making quite the name for himself. More so out of the cage than it in. Despite only having fought one MMA fight, the BJJ star has not been shy of telling the world that of his greatness inside of the cage.

In his latest post to go down a storm in the MMA world, the training partner of Conor McGregor, labeled himself the hottest prospect in MMA history.

Love him or hate him, you can’t deny his confidence in himself. Even if half of his posts are met with ridicule from his peers and fans around the world.

In a recent post, he shared a photo of him hugging Jakes Shields, with the caption ‘hugging my son’. Which was met with many humorous replies, including Shields’ himself.

Danis is currently awaiting his fate from the Nevada State Athletic Commission, for his part in the fracas following Khabib Nurmagomedov vs Conor McGregor, at UFC 229.