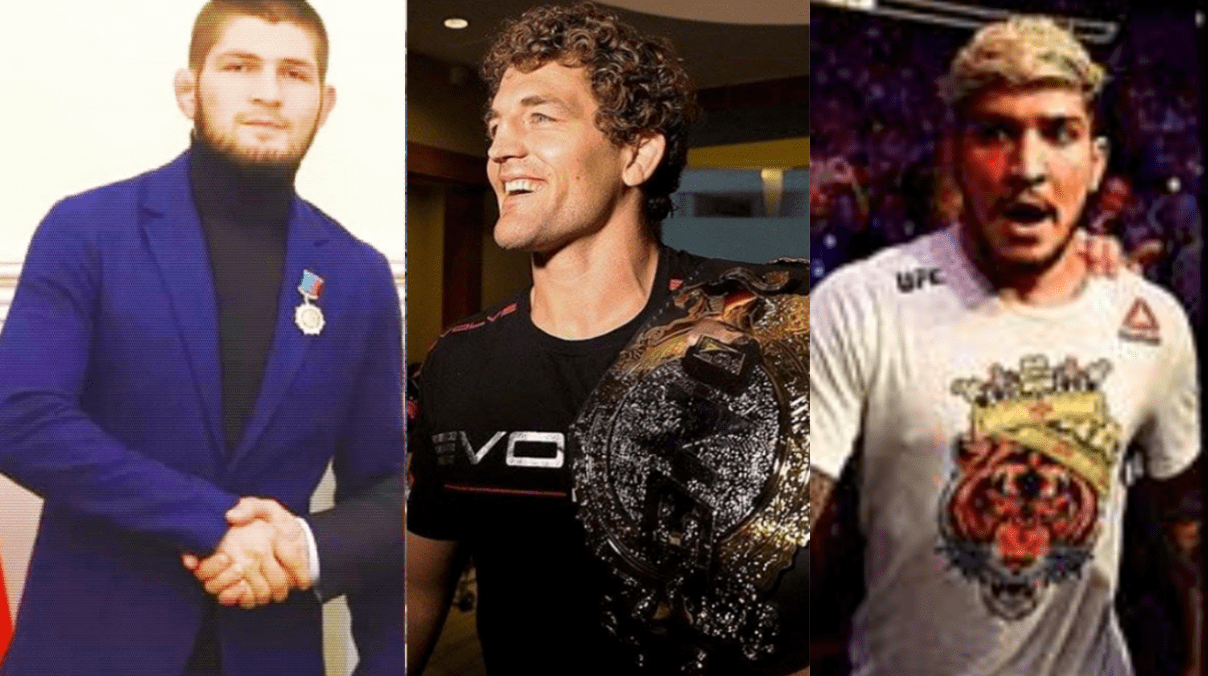 Ahead of his UFC debut at UFC 235, Khabib Nurmagomedov has questioned Ben Askren’s level of MMA. Askren, the former Bellator and ONE Championship champion, makes his UFC debut against Robbie Lawler on March 2nd.

Khabib, who has been linked with a fight with Askren, says that ‘Funky’ needs to prove his quality in the UFC, before any talk of a fight between the two should be discussed.

It didn’t take long for Askren to fire back though. And suggested that we would see the two compete for a 165lbs title towards the end of the year.

Dillon Danis then decided to join the conversation, calling out Askren and threatening to suplex him.

Danis has a history with both Khabib and Askren. He has gone back and forth with Askren on social media several times. Whilst things got physical between the training partner of Conor McGregor and the UFC lightweight champion, following the fracas at UFC 229.

Currently neither Khabib or Askren have responded to Danis.