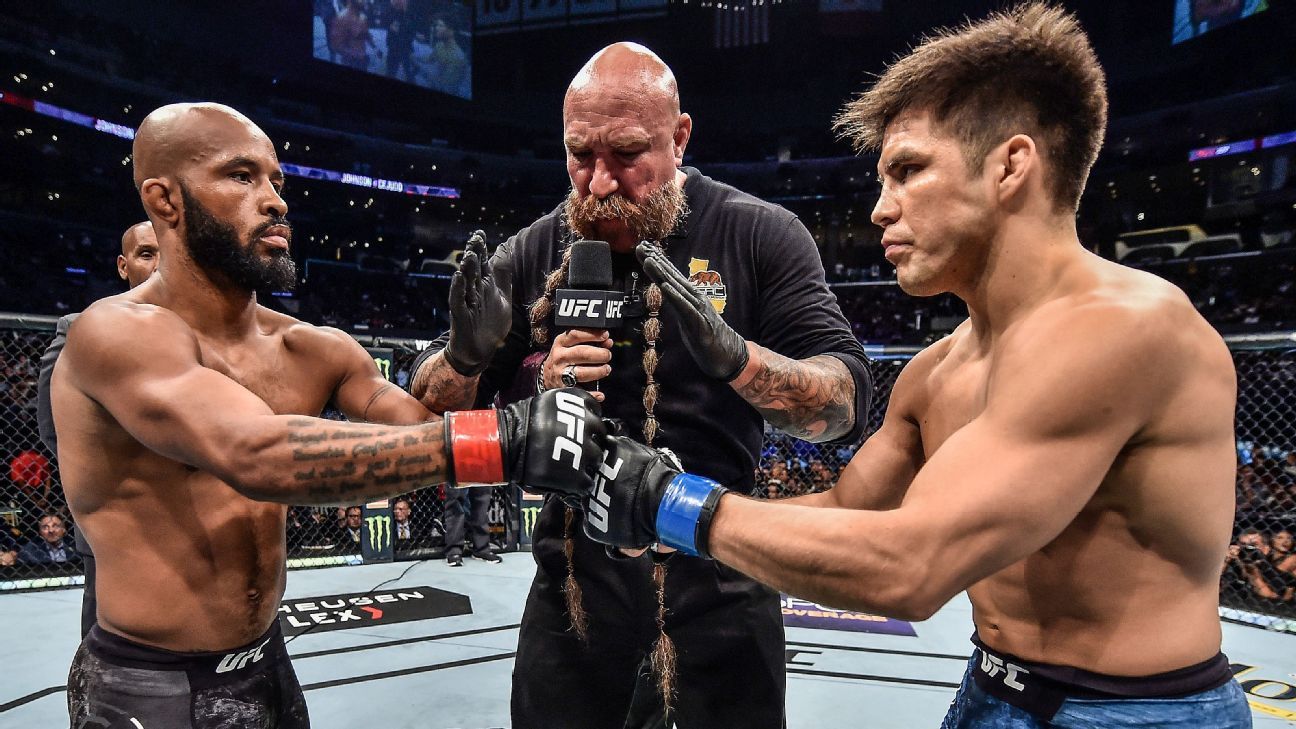 When Deiveson Figueiredo missed weight at UFC Norfolk and then went on to beat Joseph Benavidez, many believed he had put the UFC flyweight division at risk from being scrapped. The fact that the Brazilian missed weight and won what was supposed to be the title fight in the main event, means the UFC flyweight title is still vacant, after Henry Cejudo relinquished the belt in December.

But while many fans are up in arms at the thought of the UFC ditching the 125lbs division, the former champion Demetrious Johnson, has said that he wouldn’t be too upset if it were to happen. Speaking on The Ariel Helwani Show, ‘DJ’ was asked if he would be sad to see the UFC flyweight division go.

Some fans have suggested that should the UFC ditch their flyweight division, ONE Championship would sign up most of their 125lbs roster. Johnson doesn’t believe that would be the case however. Although he does add that there are now plenty of promotions out there that would want to sign them up.

“It’s not like if they shut down the division, ONE is going to be like, ‘Come on guys, you, yeah come, you get a free [contract]. No, I don’t think that’s how it will be.

“I think ONE Championship is very selective on the talent they bring over to the roster. They want to grab athletes that fit their brand the best. But I am sure there is a place out there for everyone to compete. Look at Sergio Pettis, he’s over at Bellator now. You have RIZIN, PFL, there are many places.”

“Everyone thinks that’s the only home in the world. It’s not the only one home in the world. You look at Sergio Pettis, he went on to Bellator, he’s fighting at 135. I’m pretty sure he made a good penny. He probably got paid more than half of the flyweights on the UFC roster.

“So I mean, that’s not the only home. Look at me; I’m over in ONE Championship. Look at Eddie Alvarez, he’s over at ONE Championship. You look at Kyoji Horiguchi, he’s at RIZIN. Look at Lance Palmer, he’s in PFL making a million dollars. He’s made $2 million, right? There’s many, many great organisations out in the world. And for people to think that there’s only one that’s going to make let you have a great living or whatever, you’re living in a box.”


It does however look like the UFC flyweight division is safe for the time being. Adam Hill has stated that UFC president Dana White is looking to have Figueiredo and Benavidez rematch.


After UFC Norfolk, Cejudo took to social media to state that he wanted to head back down to 125lbs to reclaim the title.

And in the last few hours, the current UFC bantamweight champion has said that he wants to fight Figueiredo and Jose Aldo on the same card. Although since Cejudo beat TJ Dillashaw to capture the UFC bantamweight title, and ‘Triple’ C’ was born, it has been difficult to know when he’s being serious.


Meanwhile, Jussier Formiga has told MMA Fighting that the UFC shouldn’t ditch the flyweight division, just because one fighter messed up.

“All fighters can’t pay for one fighter’s mistake. Deiveson was the one that f***ed up. Okay, he went there and won, but the whole division can’t pay for his f*** up, right? We have a lot of wood to burn and things to show. We have a top fifteen that is full of tough athletes. The top five has three Brazilians, Deiveson, [Alexandre] Pantoja and I, and we have great chances of winning this belt for Brazil.”

Do you want to see the UFC flyweight division stay?