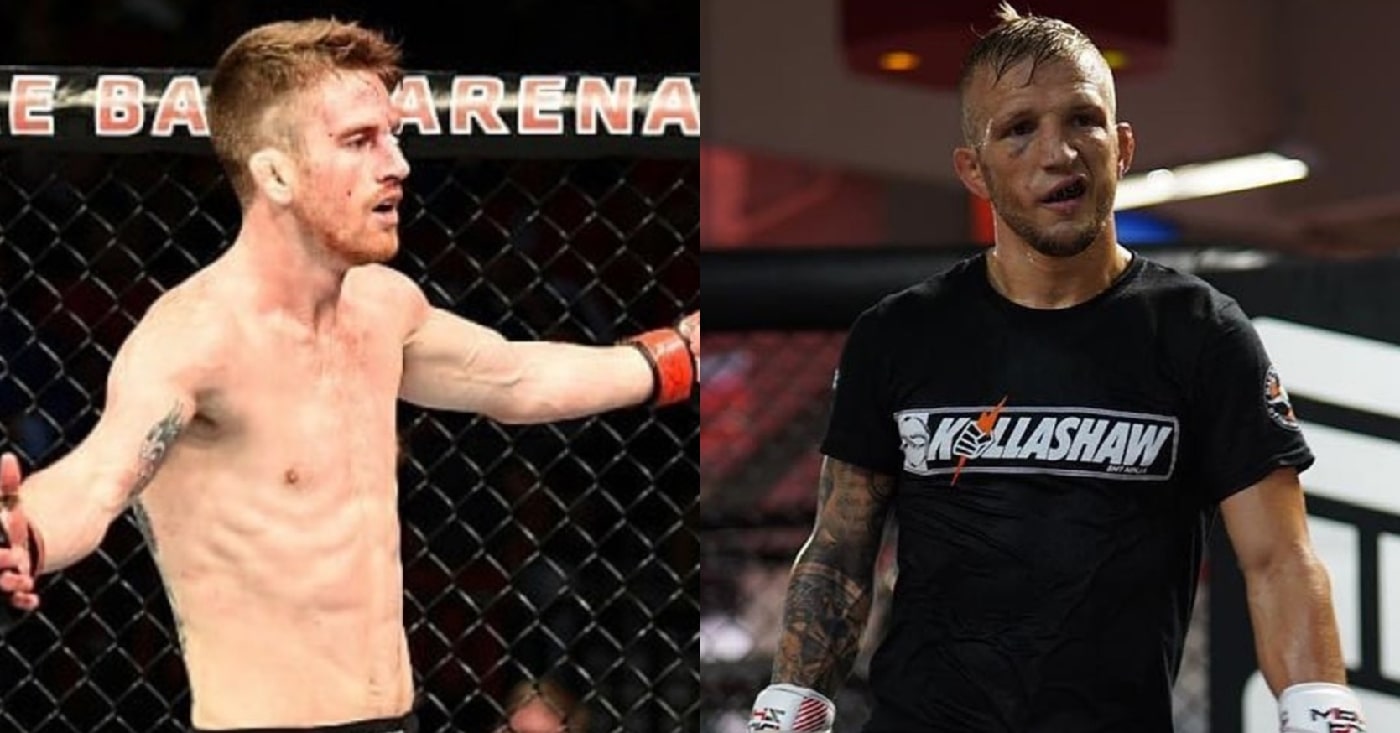 Dominick Cruz has given his thoughts on the upcoming potential bantamweight title eliminator between Cory Sandhagen and TJ Dillashaw at UFC Vegas 26 on May 8th.

Dillashaw will make his return to the Octagon after spending more than two years on the sidelines due to a doping suspension. He last fought at UFC Brooklyn, when he challenged Henry Cejudo for the flyweight title, but was TKO’d in 32 seconds. Sandhagen is coming off a spectacular flying knee knockout against Frankie Edgar at UFC Vegas 18.

Speaking to James Lynch (as transcribed by BJPenn.com), Cruz said that he expects to see a rested up and improved Dillashaw at UFC Vegas 26.

“Somebody asked me in another interview, who’s the hardest guys to gameplan before the fight? And it’s the one that had the layoff, and he’s had a long layoff,” Cruz said. “He’s been out two-plus years. He got double shoulder surgery, he got a complete revamp of his body, completely rested. So who knows how he’ll show up? I will assume he will show up a lot healthier and a lot better than before, to be honest, because of the two-year layoff. Especially once you repair your shoulders.”

Although Dillashaw has proven time and again that he’s one of the best strikers in the division, Cruz is giving the advantage to Sandhagen on the feet.

“I know as a champion I went into a lot of fights with injuries,” Cruz revealed. “This fight [with Casey Kenny] was the first fight I went into in a long time with no dings, nothing was hurting, and it felt very good to fight that way. So if he’s going into the fight like that then he has a good chance against Sandhagen. But he’s going to have to mix in his takedowns and wrestling. Because I think if that fight stays standing, then I think Sandhagen has a very good chance of finishing it. You don’t have to finish every takedown, but you’ve got to at least mix it. You’ve got to create some sort of options there because Sandhagen has been looking really sharp.”

Cruz is coming off a hard-fought split-decision victory against Casey Kenney at UFC 259.

Do you think TJ Dillashaw will beat Cory Sandhagen after such a lengthy layoff?