Dominick Reyes: Jon Jones Should Fight Me As A Punishment For DUI 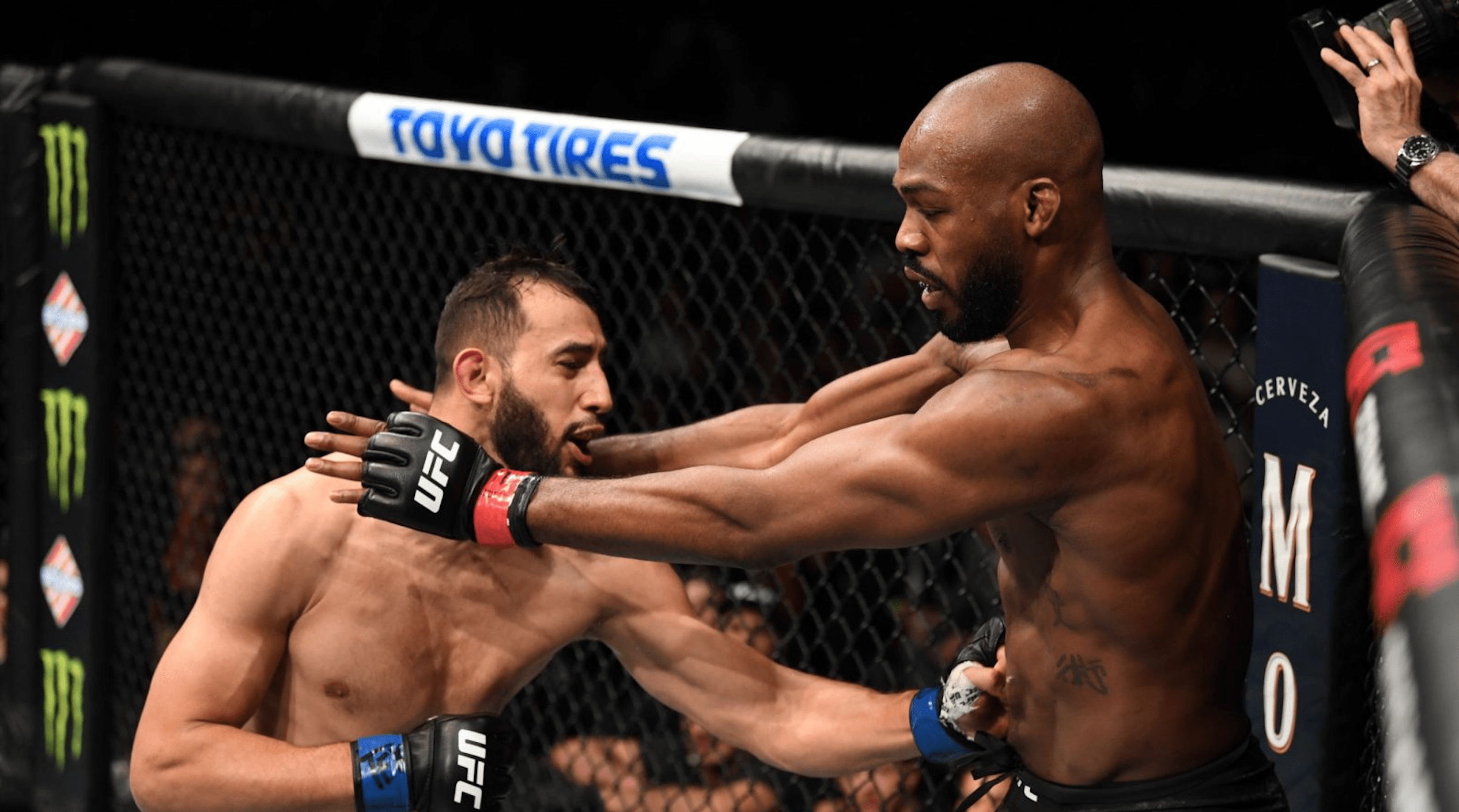 Dominick Reyes went the full five rounds against the UFC light heavyweight champion Jon Jones at UFC 247, in his last fight. Despite losing a unanimous decision, many fans believe he won the fight and that he deserves an immediate rematch.

Jones however, recently dismissed the idea of giving Reyes a rematch and expressed a wish to face Jan Blachowicz next instead, who is on a three fight winning streak and has been calling him out.

Reyes said he respects Blachowicz however, and stated that he would be interested in fighting him for an interim title.

“I think he’s a fantastic fighter. I think he’s one of the most technical guys in the division. I think he has some really good power. I think he’s just a technical beast and he has a lot of experience to where he’s wise with his technical ability. I’ve been wanting to fight Jan since I beat Jared Cannonier.

“I don’t know if you guys know or remember, I called him out right after the fight. This is a guy I’ve been wanting to fight for a minute, so if there’s an interim then yeah, hell yeah, let’s do it. But I think we’re gonna get that rematch first.”

Since fighting Reyes, Jones has made headlines for all the wrong reasons, after being arrested for a DUI. Dominick was asked to share his initial reaction to the news.

“First thing I thought was like, ‘again? You know, what is this guy doing?’” he said. “Secondly was, ‘I’m glad it didn’t happen before our fight’, and then third was ‘this guy needs some real help’. So, that was my entire thought process on it.”

Reyes added that he doesn’t feel bad for Jones, and suggested his own punishment for the UFC light heavyweight champion.

“I feel bad for a lot of people but definitely not Jon Jones,” he said. “Honestly, I think the punishment should be you got to rematch Dom. That should be the punishment, right? It makes sense. I’ll serve up some justice, I’m fine with that, let’s do it.”

Not deterred from Jones’ recent comments, Reyes is excited about the current state of the UFC light heavyweight division, and embraced whatever may await him in the future.

“I freakin’ love it. When I first got in the UFC, I was just always talking about trying to revive the division, being the new face of 205 [pounds],” Reyes said. “We’ve got guys coming up, but I’m just the leader of the class. And that’s exactly what’s happening. The division is gonna be exciting as long as I’m in the division. It’s gonna be a lot of fun. There’s a lot of great matchups out there for me. The list is so long now, it’s so exciting. I’ll just throw out a couple of names of guys that I respect in the division that I think I’ll fight in the future.

Who would you like to see Dominick Reyes fight next?