Donald Cerrone On McGregor Call Out – ‘Let’s Do It’ 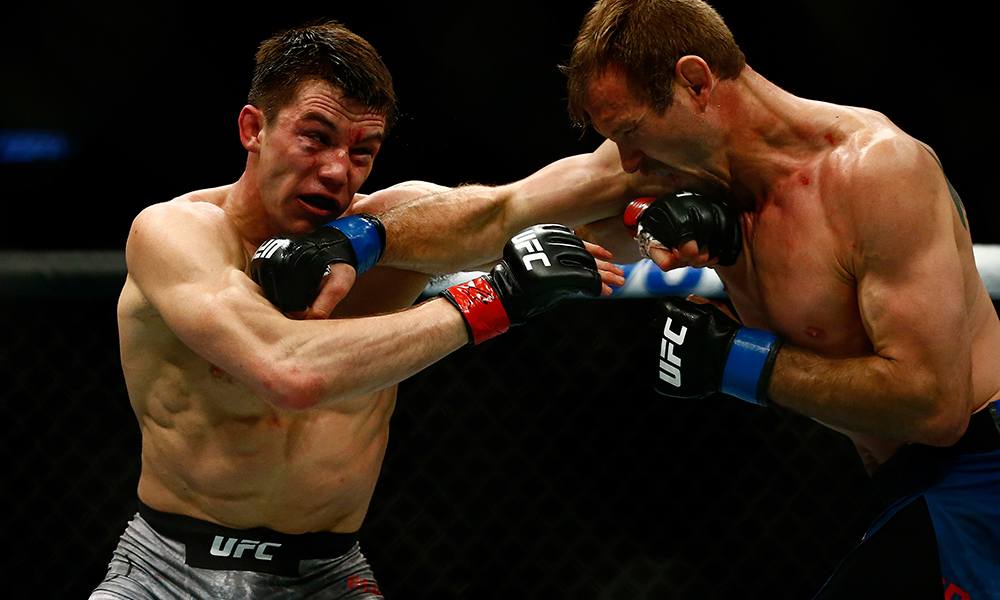 Donald Cerrone made an emphatic return to the lightweight division, by defeating the young prospect Alex Hernandez. Cerrone stopped his opponent in the second round, beating Hernandez by TKO. After the fight, Donald said he wanted to get back inside the Octagon soon, and hoped for a big pay-day with a certain Irishman.

The said Irishman took to social media almost immediately, calling out ‘Cowboy’ for a dance.

After the fight, Cerrone talked to ESPN’s Brett Okamoto, and gave his thoughts on fighting McGregor.

“I think Conor agreed, I think that’s what maybe is next”, Donald said. “Let’s do it!”

“For a guy in his position, because he can pick and do what he wants. So, like I said, I’m just a pawn in the show. So you want to do it? I’m honoured!”

When pointed out that Cerrone was more than just a ‘pawn’, Cerrone jokingly replied, “In his show. In Conor’s show. But yeah, it’s cool man. I’m sure he’s going to try and get under my skin too. He’s like the king at talking sh*t. It’s going to be fun.”

Cerrone was then asked if he really believed his next fight would be against McGregor, and Cerrone replied that he did not think that would really happen.

“No, I don’t. I would like to say yes. I hope he signs it, and I hope he does. But a lot of things need to come into play, right? He’s got to agree, you got to find the day, and there’s a lot going on. And I want to fight soon. So, we’ll see. I hope he says, ‘Me too’, and wants to go in March or April, and we go f*cking do it, and I’m sure it will be in Vegas at T-Mobile, and we’ll f*cking sell the venue out.

90% of my heart says ‘hell yeah’, but there’s a little bit that says, deep down, probably not.”