Dos Anjos: McGregor Gets Lost When A Fight Doesn’t Go To Plan 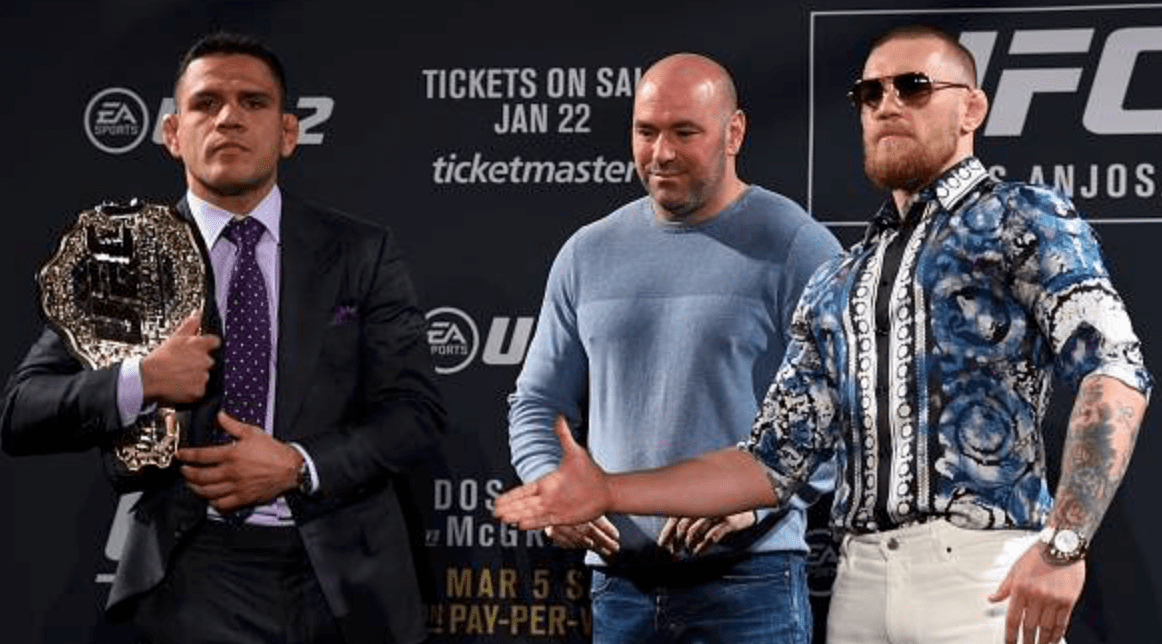 Rafael dos Anjos has missed out on his chance to fight Conor McGregor on two separate occasions, in 2016 due to a broken foot and in 2018 after the Irishman’s infamous bus attack ahead of UFC 223. Despite his past misfortune, the Brazilian 36 year old believes that a fight between the two will always make sense.

Dos Anjos made a successful return to lightweight last year, when he beat Paul Felder at UFC Vegas 14 via split-decision, and currently sits at number seven in the rankings. McGregor now only sits one place ahead of him in the rankings after losing to Dustin Poirier at UFC 257 last month.

Judging by their current rankings, you could argue that there’s never been a better time for McGregor and dos Anjos to finally face off inside the Octagon. Speaking to AG Fight (as translated by Bloody Elbow), the former lightweight champion said that there’s a good chance that a fight between the two takes place.

“He picks his fights, and one with me will always make sense,” dos Anjos said. “It was meant to happen and it didn’t. Now that the pieces are moving again in the division, I think there’s a big chance of it happening. He has other options, though, like a trilogy with Nate Diaz or Dustin Poirier. He’s ahead of me in the rankings. Our clash is even closer now.”

At UFC 257, Poirier mixed things up in the first round, using leg kicks and grappling to weather the early storm. He then increased the intensity of his calf kicks in the second round, hurting McGregor and compromising his movement, before stopping him with punches. While dos Anjos was impressed with ‘The Diamond’s’ performance, he also put the win down to the Irishman’s lack of ability to make changes in a fight that doesn’t go to plan.

“Poirier had a good gameplan,” dos Anjos noted. “He didn’t go out there to just strike. Right off the bat he took Conor down and that confused him. Conor is an excellent fighter, he has great boxing. He’s very technical, but he can’t make adjustments in the middle of a fight.

“If the fight doesn’t go down the way he imagined, he gets lost. He doesn’t deal well with getting hit. When he takes a punch, he makes it noticeable right away. He’s not in a good moment, but a fight is a fight. Fighters are all about motivation. Let’s see if he can take advantage of his bad moment to get focused, analyse what went wrong, and come back strong.”

As per reports, the UFC is leaning towards a trilogy fight between McGregor and Poirier in the summer as the Dublin native looks to avenge the first TKO loss of his career.

How do you think a fight between Conor McGregor and Rafael dos Anjos would play out in the UFC Octagon?