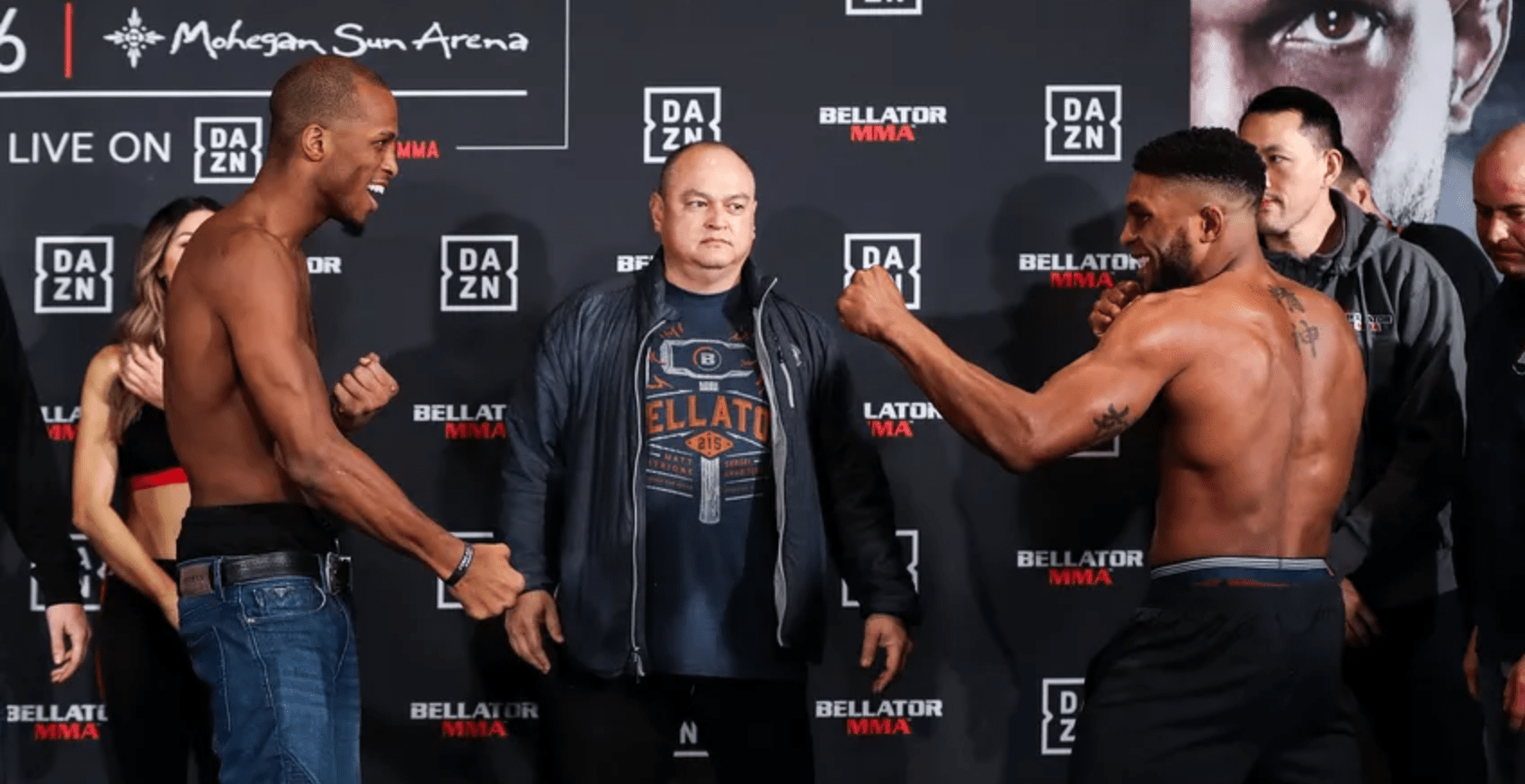 Michael ‘Venom’ Page scored another spectacular knockout this past weekend at Bellator London. But after his first round KO over Giovanni Melillo at the SSE Arena, there still remains the question of whether ‘MVP’ can reproduce displays like this against the best in the world.

Following his latest win in London, two of his former opponents had their say. And both agreed that ‘MVP’ needs to prove his game stands up against the best welterweights in the world.

The Bellator welterweight champion Douglas Lima, took to social media to state that he wants to see ‘MVP’ beat some ranked opponent, before he earns a shot at his title.

‘MVP’ and Lima fought earlier this year at Bellator 221 in the semi-finals of the Bellator Welterweight World Grand Prix, where Lima scored a second round knockout. Lima then went on to beat Rory MacDonald last month, to win the Grand Prix and reclaim the title that he had lost to MacDonald almost two years ago.

Speaking to Bellator at the SSE Arena in London (as transcribed by MMA Junkie), Paul Daley questioned Page’s ability to beat the best guys in the world. And having lost to his fellow Brit at Bellator 216, in the quarterfinals of the Bellator welterweight Grand Prix, ‘Semtex’ thinks now is the right time for a rematch.

When asked about Page’s win over Melillo, Daley said the result and performance proved nothing.

“This is ridiculous,” Daley said after the fight. “You can’t continually beat these kind of opponents. Yes, he knocks them out, but he’s expected to knock them out. What does this prove, the fact that he knocked out a guy nobody will remember? It proves nothing. It proves nothing at all. Why didn’t he do that to me? Why didn’t he do that to Douglas Lima? Because he’s not of that caliber.

“I need to see more from Michael Page, in my opinion, whether it’s a rematch with me or a rematch with another top-tier fighter. Does a win over this guy warrant a title shot? In my opinion it doesn’t. Yes, he’s a star. Yes, people love him. But can he really fight? The two times he’s stepped up, on paper, he’s got a ‘victory’ over me. Most people, including me, thought he lost that fight. Second time he stepped up against the champion, who I went three rounds with, he gets knocked out cold. So he needs to fight solid opponents instead of feeding him these guys.”

Daley stated that although he wants to prove that he’s better than ‘MVP’, if given a choice, he would take the fight with the champion, Lima.

“I think Douglas Lima is the more exciting fight for me. We went three rounds, and now he’s the welterweight champion again, the grand prix champion, and one of the very best fighters in the world.

“If they give me the contract, and it’s the right contract [for Page], we don’t need the hype, we don’t need nothing. Let’s just fight. I know I’m better than him. I know I won the first time, and I can do it again. Do I hate the guy? All animosity? No. I just want to prove I’m better and that he’s not of the caliber that everybody thinks he his.”

Since losing to ‘MVP’, Daley has won both his contests inside the Bellator cage, scoring wins over Erick Silva and Saad Awad.