Douglas Lima Wants Coker To Co-Promote With UFC, Says He Would KO Usman 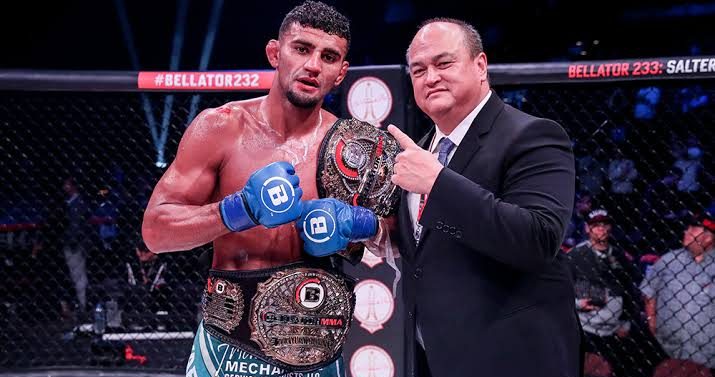 Douglas Lima has his confidence soaring, after beating Rory MacDonald this past weekend. Lima outworked “The Red King”, and won the Welterweight Grand Prix, while capturing the Bellator welterweight title.

After the fight, Lima told TMZ that he believes he is better than the current UFC welterweight champion Kamaru Usman.

“For sure, I think about it every time (fighting Kamaru Usman or Tyron Woodley). Especially after a win like this”, Lima told TMZ this week (h/t BJPenn.com).

However, Douglas Lima also said he believes he is often overlooked because he’s not in the UFC.

“I know real MMA fans, they recognize, they know I’m up there with those guys”, he said. “They know I can beat, I can fight any of them. But, most of them it’s like, ‘Man, you’re not in the UFC, you’re a nobody.’

“Man, I hate that. That’s people who don’t understand the sport. It’s not the name UFC or Bellator or ONE FC. There’s killers everywhere.

“Now Scott Coker is doing co-promotions with RIZIN. I would love if we do that with the UFC.”

“Of course I would do great, I’d beat him”, Lima said. “I’d probably KO him. He’s a great wrestler for sure, he wrestles a lot. But man, at any point in that fight if I connect, I can put him away. I don’t even think about that, I just know I can beat him, I can beat anybody at this weight class.

“I’m not talking bad about the guy. He’s a champion there. He’s doing his thing. But, I just know it, man. If one day something like this happens, I definitely believe in myself to go over there and kill it.”

Kamaru Usman is currently scheduled to defend his welterweight title against Colby Covington at UFC 245, on December 15th inside the T-Mobile Arena in Las Vegas, Nevada.