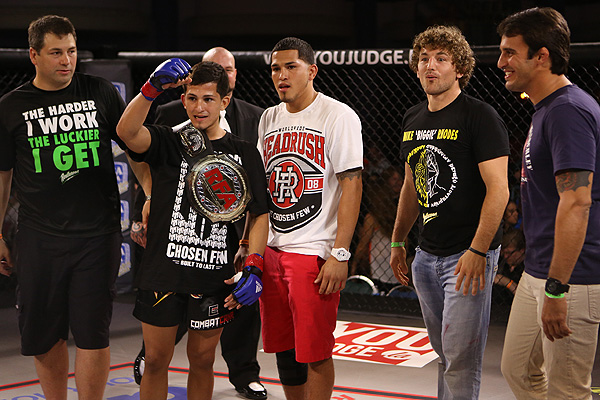 With Anthony Pettis now scheduled to fight Nate Diaz at UFC 241 in Anaheim, California, Pettis’s coach Duke Roufus certainly has an interesting strategy for his fighter. Nate Diaz is notorious for trash talking his opponents during the fight, and Duke recently revealed an interesting incident involving Diaz and Clay Guida from many years ago.

“A funny story (former UFC matchmaker) Joe Silva told me years ago about when Nate fought Clay Guida”, Roufus said on The MMA Hour (transcript via MMA Fighting). “He kept saying ‘209 bitch’ the whole time during the fight. [Guida] comes back to the corner and asks his coach, ‘What’s 209? I don’t know.’ He’s in your face.

Duke Roufus also opined that stylistically, Pettis would be a good opponent for someone like Nate.

“I just know stylistically, when it comes to striking, who are the best matchups, and Nate Diaz is a wonderful match-up stylistically for Anthony”, he said. “And we’re at a neat stage of our career where we’re starting to see some stylistic match-ups that are fun for him. Now, Nate is not a big shooter, not a big wrestler, so it’s going to be on the feet a lot, unless Anthony chooses it to be on the mat and he wants to take Nate down.”