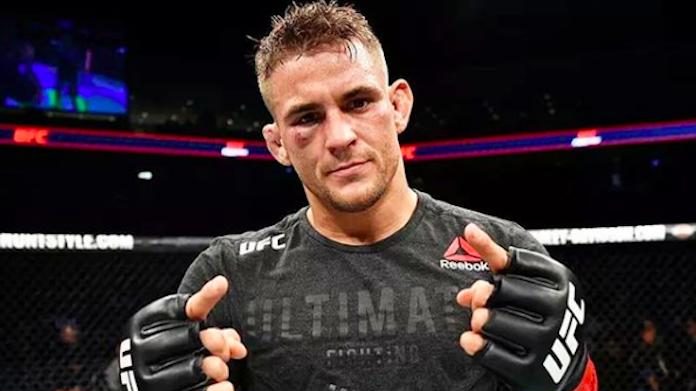 This past weekend at UFC 242, Dustin Poirier fought Khabib Nurmagomedov for the lightweight title in Abu Dhabi. In the end, it was Khabib who got his hand raised, via a third round submission win. Nurmagomedov and Poirier have been nothing but respectful toward each other, and even after the fight, had only good things to say about each other.

As one would expect, Dustin was left devastated after the loss. “Diamond” spoke about how well he trained for this fight, and was visibly distraught during the post-fight press conference. Poirier gave himself some time to recover, and left a message for his fans on his social media account.

Dustin Poirier posted a couple of stories on his IG, where he left his future up in the air.

“Thank you guys for the support, it means a lot to me”, Poirier said. “If I choose to fight again, I’ll be back strong. If not I’ll see what God has in store for me.”

In the third round, Dustin Poirier had his best moment of the fight when he trapped Khabib in a guillotine. However, “Eagle” broke free, before locking Dustin in a rear naked choke while secured him the victory. Khabib moves to 28-0 in his professional MMA career with the win.

While emotions were still running high when the ATT fighter shared the video, we can only wait and see if and when Poirier returns to the Octagon. Khabib Nurmagomedov, for his part, has made it clear that he only intends to fight Tony Ferguson next.