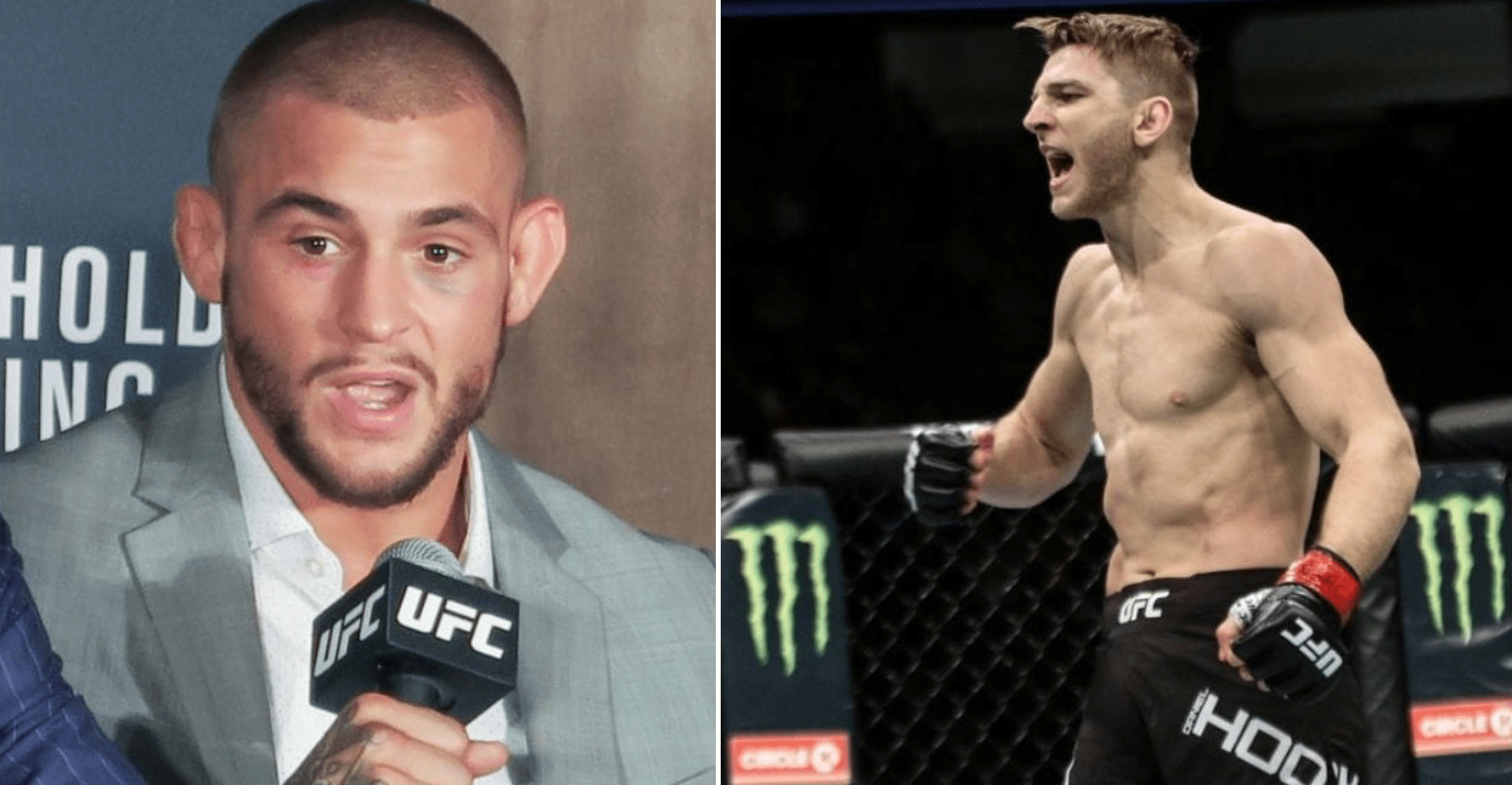 Dustin Poirier is staying vigilant, as his opponent Dan Hooker remains relatively discounted by some fans ahead of this weekend’s UFC Vegas 4 main event.

With Poirier coming out as a respectable favourite against Hooker, in what has been building up to be a stellar lightweight headliner at the UFC APEX in Las Vegas, ‘The Diamond’ says that he’s aware of the discussions among MMA enthusiasts about him winning the bout in decisive fashion, and while adamant about his intentions to do exactly that, he finds himself not very fond of the narrative itself.

Speaking to MMA Junkie, Poirier empathised how dangerous the number five ranked lightweight in the UFC is.

“I don’t like that, honestly,” Poirier said. “This guy is dangerous. This guy is a top opponent, a top-five ranked fighter in the UFC for a reason. I don’t look past anybody. This guy is the only thing I’m focused on right now. 25 minutes with Hooker and we’ll see what happens. I don’t like the fact that fans and stuff are just passing him over because this is a dangerous guy I’ve been preparing very seriously for.”

Having experienced both sides of the coin, and coming off a loss in a title unification bout against Khabib Nurmagomedov at UFC 242, a contest in which Poirier going into it, stood as a sizeable underdog against the lightweight king, says that he would prefer to have kept the role of underdog for his upcoming showdown with Hooker as well.

Coming off a gruelling nine-month recovery process due to a long overdue hip surgery in October, Poirier is looking to re-establish a favourable position for himself as well, putting his name up for title contention once again with a definitive performance against a hungry and motivated Hooker.

Poirier has paid dividends to his time outside of the cage. He displayed gratitude for the lay-off, which has provided him with a renewed sense of mental resolve in the face of new and unique challenges he had not faced before in his professional career.

“I’ve always just submerged myself in work when I’ve lost before and just drowned everything out with hard work,” Poirier stated. “This particular loss was the biggest loss of my career and also I had to get sidelined. I couldn’t just jump back in the gym and drown everything out. I had to think and sit on the couch and just watch everybody else fight. So it was more of just a mental training. I feel mentally stronger.”

For Poirier, his upcoming fight, while of significant importance, still seems to remain a business-only affair for him. He has decided to not give much attention to Hooker’s pre-fight comments, choosing instead to make sure that he is at his absolute best when he makes the walk to the Octagon.

“I’m immune to [trash talk] these days,” Poirier said. “I see some stuff on Twitter whenever MMA media pushes it out as a headline or something, but other than that I don’t look into it or read too much into it. But he’s doing what he’s supposed to do. And he better be saying all that stuff. He needs to believe all that stuff too, because next weekend, we’re gonna find out.”

How do you see Dustin Poirier vs Dan Hooker going down this weekend at UFC Vegas 4?