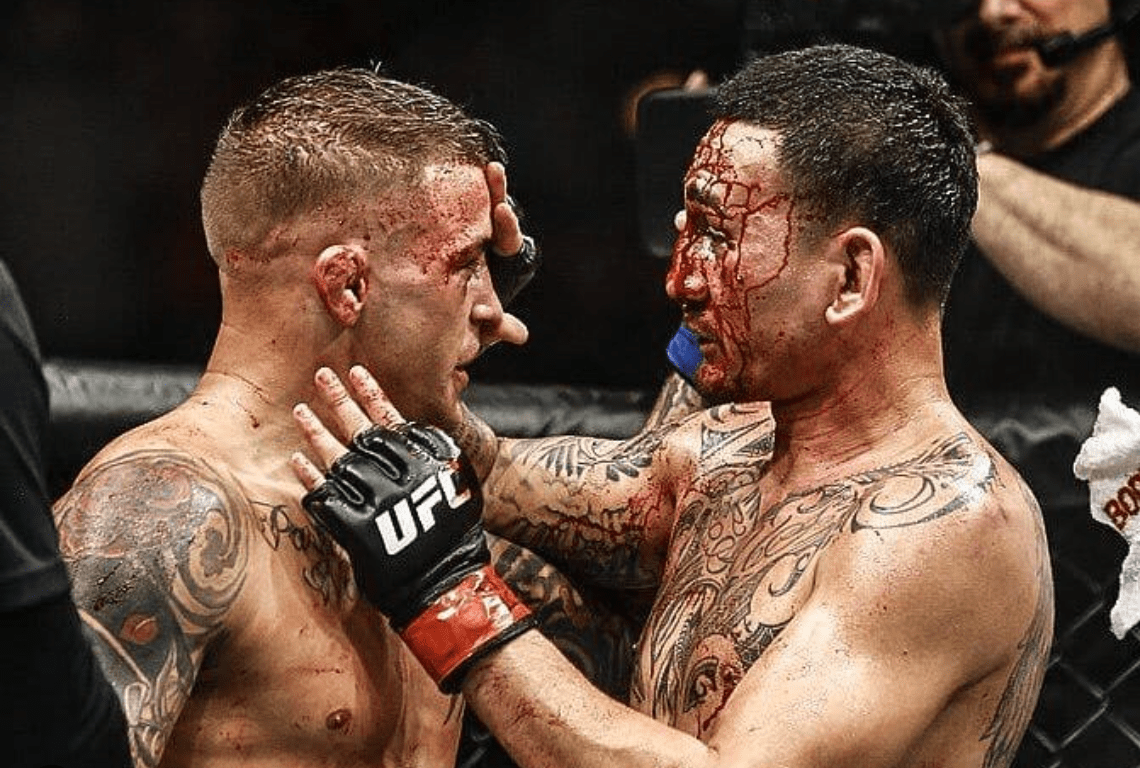 There was a hug amount of respect between Dustin Poirier and Max Holloway before their showdown at UFC 236. But it’s safe to say that the two have even more respect for each other now, following their all out face round war, in the main event at the weekend.

After 25 minutes, it was Poirier who had his hand raised and had the UFC interim lightweight belt wrapped his waist.

As well as showing the huge amount of respect that they have for each other inside the Octagon, the respect has spilled over onto social media. In the last few hours, Poirier has taken to Instagram to send Holloway a message. Telling the UFC featherweight champion, that “We need more people like you in MMA”.

The message comes a day after ‘Blessed’ sent ‘Diamond’ his own message of respect, which you can see here.

Poirier will face Khabib Nurmagomedov next, believed to be in September, to unify the UFC lightweight title. Holloway is expected to return back down to featherweight to defend his title.