ONE Championship: Eddie Alvarez And Iuri Lapicus To Rematch 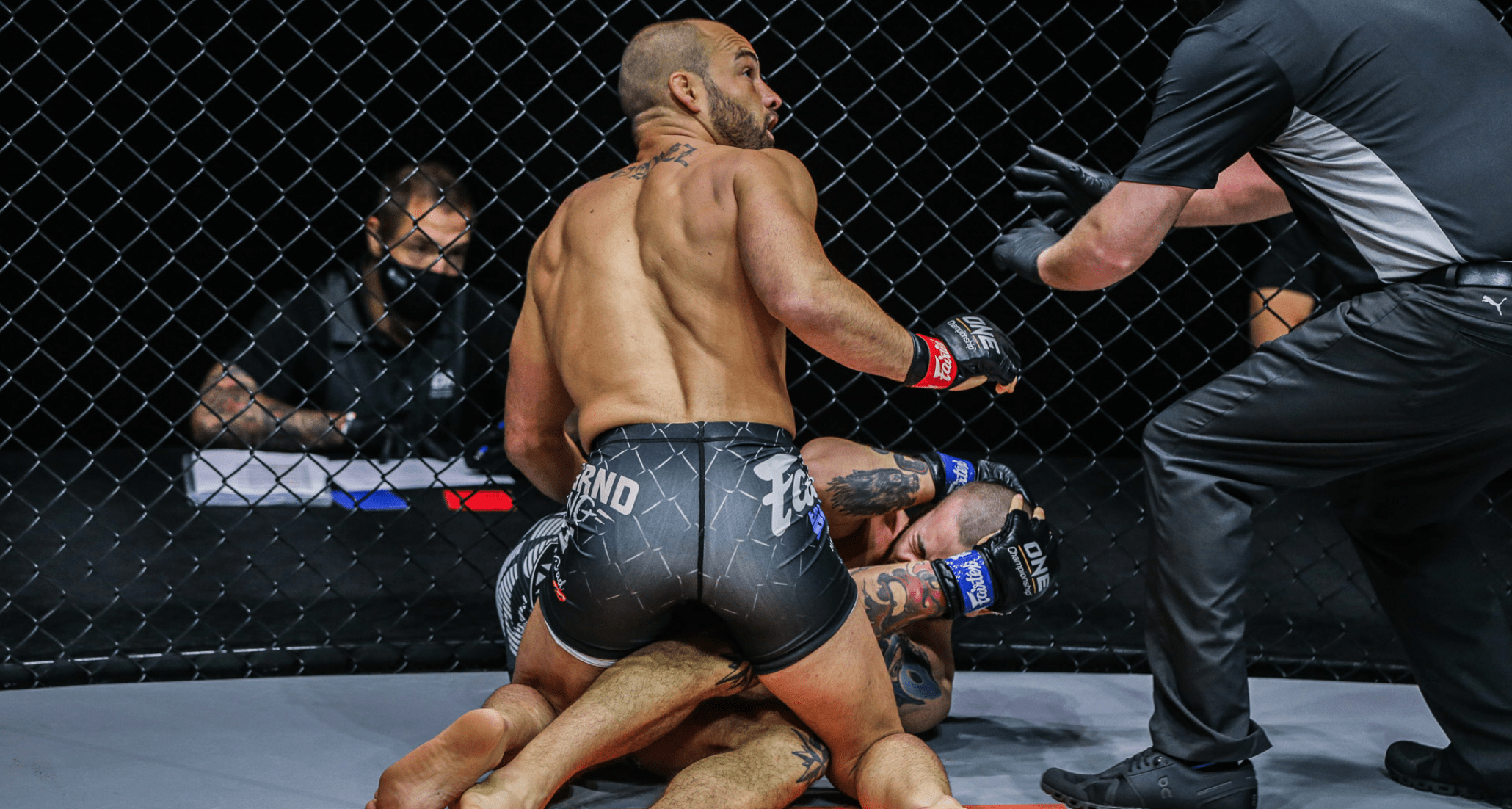 Eddie Alvarez and Iuri Lapicus will rematch as soon as both men are ready to compete again. Their fight ended in a controversial disqualification after ‘The Underground King’ was deemed to have landed several illegal blows to the back of the Moldovan’s head in the ONE on TNT 1 co-main event.

In the last hour, ONE Championship CEO Chatri Sityodtong has taken to social media to announce the news.

“In my wildest dreams, I could never have imagined that ONE on TNT 1 would debut with a DQ,” Sityodtong wrote. “I feel terrible for Iuri Lapicus, Eddie Alvarez, and their families. The most important thing though is that everyone is safe and healthy. Safety is our most important priority. Without a doubt, ONE Championship works with some of the world’s best and most experienced judges, referees, officials, and doctors. I do not always agree with their decisions, but I deeply respect their professional judgement and I fully appreciate their excellence. Needless to say, a rematch will happen as soon as everyone is ready to go again.”

Sityodtong went on to congratulate Adriano Moraes for successfully defending his flyweight title by becoming the first man to ever stop Demetrious Johnson.

“Congratulations to Adriano Moraes on becoming the undisputed greatest flyweight on the planet today! He did what no one else has ever done against DJ,” Sityodtong stated. “Adriano finished the greatest mixed martial artist of all time. Not many people know that Adriano has an orphan-to-World Champion life story that would bring most people to tears. His story exemplifies the power of the human spirit and the triumph over impossible odds.

“That being said, Demetrious Johnson is still the GOAT for me. His unparalleled achievements will stand the test of time. His legacy will remain forever both in and out of the cage. Equally important, I believe that DJ’s best days are still ahead of him. DJ is in the peak of his prime. He simply had a bad night at the office. Mark my words. DJ will be back better, faster, and stronger than ever.”

Moraes went into the ONE on TNT 1 main event as a huge underdog. Before the fight however, Sityodtong said that the Brazilian would be the toughest test of Johnson’s career.

“As a lifelong martial artist, I can tell you that ONE has the greatest world championship athlete roster in the world across all of the major martial arts. Full stop. Everyone completely ruled out Adriano,” Sityodtong wrote. “The odds makers had DJ as a -850 favourite to run through Adriano, but I warned the world at the press conference ahead of ONE on TNT 1 that the fight was a 50-50 fight. I even said that Adriano was the toughest opponent that DJ has ever faced in his entire career.”

ONE Championship vs UFC

The win for Moraes solidified him as one of the best flyweights on the planet. And Sityodtong would like to see him face the UFC flwyeight champion Deiveson Figueiredo in a champion vs champion cross promotion showdown.

“As I have always replied when asked the question by fans and media, I definitely would welcome a ONE vs UFC mega event with World Champion vs World Champion,” Sityodtong announced. “It would create epic global shockwaves around the world.”

The ONE CEO also commented on Rodtang Jitmuangnon vs Danial Williams, which introduced US fans to Muay Thai with 4oz MMA gloves.

“Thank you to Rodtang Jitmuangnon and Danial Williams for showcasing world-class striking at the highest levels in the world for American fans,” Sityodtong wrote. “What a war! I hope everyone in the US enjoyed Muay Thai in 4 ounce MMA gloves! On a personal level, I am proud and honoured to showcase the beautiful art of Muay Thai on the world’s biggest stage of martial arts. Muay Thai is not only my first love, but it gave me the life of my dreams. Without Muay Thai, I do not know where I would be today in life.”

Are you happy to see Eddie Alvarez and Iuri Lapicus run it back?