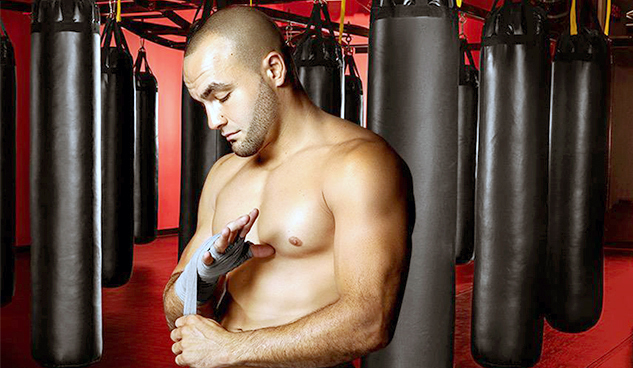 At ONE: A New Era, former Bellator and UFC champion Eddie Alvarez, made his ONE Championship debut. His debut came in the ONE Lightweight World Grand Prix against Timofey Nastyukhin and much to the surprise of many fans, it was Nastyukhin who got the win, stopping Alvarez in the first round.

Earlier this month, Alvarez stated that he wasn’t concerned with losing his ONE debut, adding that he has a history of struggling with promotional debuts.

Speaking to ESPN this week (as transcribed by MMA News), Alvarez opened up more about losing his ONE debut and put forward a potential reason for the loss.

“I didn’t like the immediate attention I was getting. I felt like it was undeserved. I didn’t get any wins under that banner. I like going into promotions kind of playing the underdog and earning my respect. So I feel like maybe that’s why I subconsciously lose my debuts in promotions, just so I can have to fight for something.

“I feel like respect is earned. It’s undeserved until you go somewhere and actually start beating guys and become the champion. I felt like there was already a lot of unearned respect there.”

Although Alvarez may feel like he wasn’t deserving of the instant respect shown to him by the ONE fans, the ‘The Underground King’ feels like he is deserving of the money ONE are paying him.

“You’re not paying me for a fight. You’re paying me for 16 years of doing what I’ve done. So I never look at it like a here-and-now thing. I don’t get paid for my fights, for what I do for 15 minutes inside the cage. I get paid for being a lifelong martial artist, for doing this for 20 years of my life. That’s why I’m paid.”

The 35 year old faces Team Lakay’s Eduard Folayang in his second ONE contest, in the co-main event at ONE: Dawn Of Heroes on August 2nd. Folayang has held the ONE lightweight title twice previously and will be fighting in front of his home fans, in Manila, Philippines.