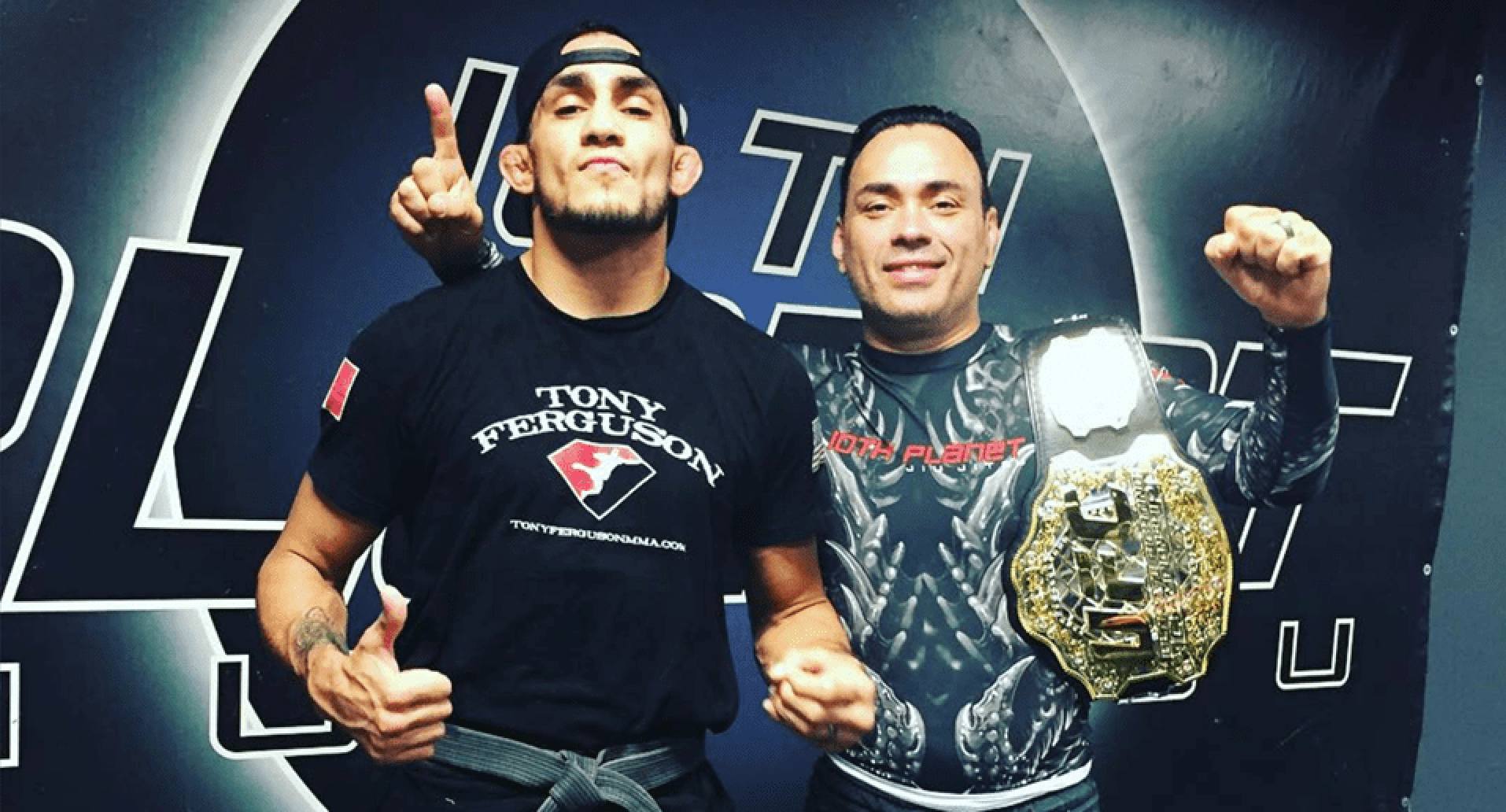 One of the top jiu-jitsu coaches in the game and the mastermind behind the 10th Planet system, Eddie Bravo, is a long term grappling mentor and friend of the former UFC interim lightweight champion, Tony Ferguson. He was in ‘El Cucuy’s corner during his latest fight against Justin Gaethje at UFC 249, when his fighter was taking huge amounts of damage, which eventually led to the Herb Dean’s stoppage and a TKO loss.

Talking on The Joe Rogan Experience podcast (transcript by MMA Fighting), Bravo explained his role in Ferguson’s corner, after the former UFC heavyweight Brendan Schaub asked him why he didn’t throw in the towel at some point during the fight.

“I have never been a head MMA coach ever in my life. Never wanted to be,” he said. “Never wanted to be and even to this day, that’s on me, never been. I’m not Trevor Wittman, that guy’s amazing. I’m not a Greg Jackson, Duke Roufus. That’s a whole ‘nother level. That’s a guy that should be talking to the fighter that’s sitting down.

“I’m the wide receiver coach. I’m the guy that just throws in s*** on the side. Especially in a standup fight, I shouldn’t have been mic’d, because I knew this was gonna be a standup fight. If the fight was gonna go to the ground, if it was the Khabib [Nurmagomedov] fight, yeah, maybe there’s gonna be a lot of ground work, maybe it makes sense for television to mic me. But when they were mic’ing me up, I’m like, I’m just there for emotional support because it’s gonna be a standup war.”

Bravo said that he didn’t want to be the one inside the Octagon with Ferguson, as the UFC only allowed one coach to step in.

“One of the weirdest things was in between the first round and second round, they only allowed one coach in and they said, ‘Who’s it gonna be?’ And I was the first one to say, ‘Not me’. I’m not the MMA head coach, it’s gotta be the striking coach that goes in there. Everybody agreed, for sure.

Bravo revealed that he was optimistic about Ferguson’s chances going into the third round, but then things started to go downhill for ‘El Cucuy’.

“The first round, in my eyes, at the event, I thought, ‘Okay, that could have went either way’. Second round, at the very end, with two seconds left, he clips Justin. So after two rounds I’m thinking, ‘Okay, now it’s gonna start to turn around.’

“So at that point, after the second round, he knocked him down. If he would have had 30 seconds, who knows what would happen, but at that point it’s the third round. I’m like, ‘Okay, maybe Tony’s gonna turn it around like he always does.’ So at that point, we weren’t thinking we gotta take him down or anything like that.”

After the third round, Bravo was asked to be the one to step inside the Octagon, and he did it despite feeling that he was out of his place to give an advice to Ferguson at that moment.

“But after that fourth round, it was looking like, ‘Oh, s***.’ And right when the bell rung after the fourth round, Rashad turns around like, ‘Eddie, get in there.’ I wasn’t ready for it. I wasn’t ready to walk in there. So I walked in there going, ‘What the f***? I’m not an MMA head coach.’

“This is the fourth round, he’s hurt, and plus, my car got broken into last week, they stole my glasses. I need my glasses, I’m pretty blind. So I didn’t realize how cut up he was until I walked up to him. Okay, I’m supposed to give him advice, this wide receiver coach. It was a mistake for me to go in there. It was a mistake.”

In addition, the lack of audience created quite an uncomfortable atmosphere for Bravo, who admitted that he gave Ferguson bad advice, which was to try the Imanari roll, instead of simply boosting him up.

“I’m in there going, at this point, he’s hurt, he’s cut up, a lot of things are swirling through my head, and I’m thinking, ‘Oh my God. What the hell? What is the best advice here? I need help here.’ I froze. And it’s so quiet, it’s so quiet. Usually you’re like, ‘Dude, you’ve got to take this motherf***er down!’ But it’s so quiet, it’s so goddamn quiet that everyone’s talking lower. It was just so weird,” he explained.

Are you surprised by Eddie Bravo’s comments on Tony Ferguson’s loss at UFC 249?