Eddie Hearn: There Is Huge Interest In Francis Ngannou vs Dillian Whyte 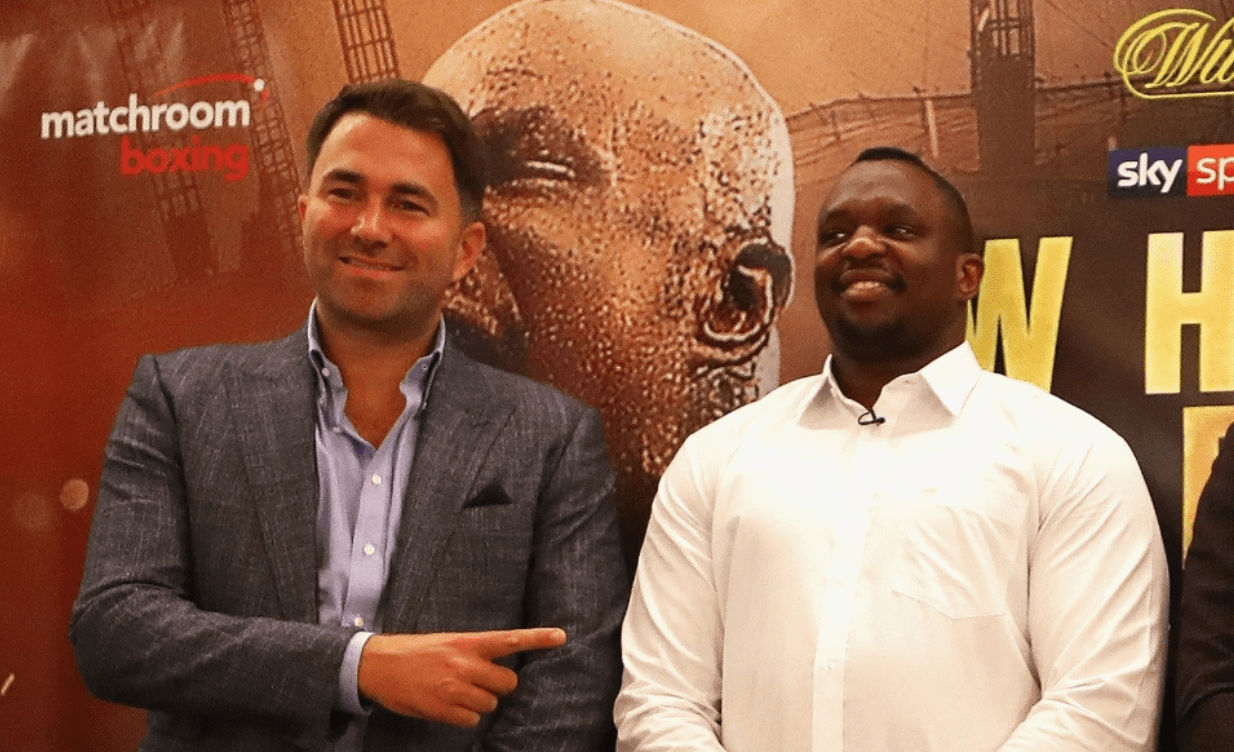 Elite heavyweight boxer Dillian Whyte has been calling out the UFC knockout artist Francis Ngannou for a while, even stating that he would knock him clean out. And according to the eminent boxing promoter Eddie Hearn, this match has now became a real possibility.

The Director of Matchroom Boxing told Sky Sports (as transcribed by The Mac Life) that we might see Whyte vs Ngannou by the end of this year.

“I never really thought we would take this too seriously, but in the last week we have to take this seriously. The aim for Dillian Whyte is to become a world boxing champion, but I wouldn’t be surprised at all to see Dillian Whyte against Ngannou towards the end of this year. Obviously we know Povetkin is next, but whether it’s October, November, December,” Hearn presumed.

Although Whyte has made a career in boxing, he is an experienced kickboxer (20-1) and even had one venture in MMA back in 2008, which he won via twelve-second knockout.

Ngannou previously stated that he would accept a fight against Whyte in any of the two sports. Hearn is keeping an open mind as well, and even considering a mix between boxing and MMA.

Hearn is well aware of the massive interest for a clash between these two exciting heavyweight finishers.

“There’s not just interest online, there is huge interest everywhere for that fight. When I first started discussing it, it was just something that had been mentioned,” Hearn said. “Fans of both disciplines have always said: ‘Whyte against Ngannou is a cracker’. I’ve started to receive a lot of interest from numerous people about staging that fight now. I think it does colossal numbers.

Ngannou has been struggling lately to find a suitable opponent inside the Octagon, so this might be the opportunity to make a show for the fans while waiting for the epilogue of the drama between Daniel Cormier and Stipe Miocic.

Meanwhile, Whyte keeps provoking Ngannou with every chance he gets, recently calling him ‘the most boring man on the planet’.

Would you like to see a boxing/MMA clash between Francis Ngannou and Dillian Whyte?