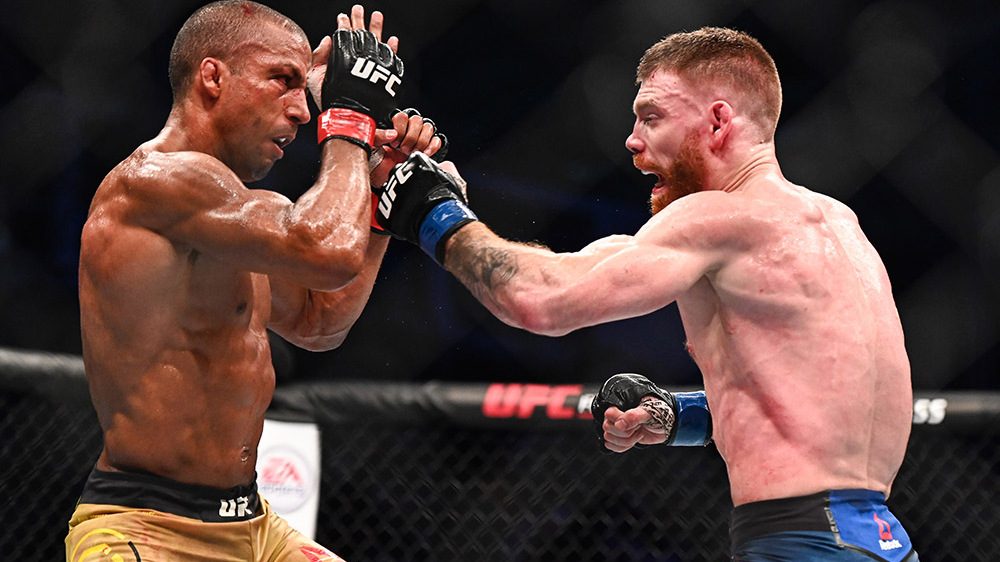 At UFC 242, Edson Barboza and Paul Felder turned back the clock and fought in a rematch in Abu Dhabi. This time, it was “The Irish Dragon” that walked out with his hand raised. However, that did not come without some fans and critics scratching their heads, and understandably so.

It looked like Barboza was ahead on the scorecards going into the third, and while many believed that Felder got the better of the Brazilian-American in the final round, a number of fans and outlets had scored the first two rounds for Edson.

While the split decision verdict is understandable, what has gotten the fans and critics mulling over the result were the scores themselves. One judged had scored the contest 30-27 in favour of Barboza. However, another judged saw the exact opposite, and scored it 30-27 in favour of Felder. And after the fight, Barboza’s team spoke with MMA Junkie, and talked about appealing the loss.

“It’s a question of principle”, Barboza’s manager, Alex Davis, told MMA Junkie. “There’s something called motivated reasoning, and as human beings, we are incapable of giving a fair evaluation of something we have an emotional attachment to. I understand that, and I’m really careful about what I say after fights until I watch them again, until I calm down and look at it. In this case, not only myself but it seems the whole world sees this in the same way I do.

“Now, I do not mean any disrespect for Paul Felder, who I love as a person and a fighter, or his camp. They’re great guys, but the truth is that the world saw Edson winning, and what really makes it obvious that something’s wrong is when you have the situation – and even Paul Felder’s camp agrees with this point – when you have one judge scoring it 30-27 for one fighter, and another judge scores it 30-27 for the other fighter, something is obviously wrong.”

Going into UFC 242, Barboza had won just one of his previous four fights. His manager explained that the loss on his record will prove detrimental to his future fights, and his ability to get better payout.

“This really has a negative impact on Edson’s career”, Davis said. “That’s the big issue. Think about what happens to Edson’s career now when he takes a loss that he didn’t deserve. That turn is really, really dramatic.

Edson Barboza’s manager also added that he will have a chat with UFC officials this week regarding the appeal process.

“We will do this”, Davis said. “It doesn’t matter if it’s difficult or if it seems that we’re not going to get anywhere. We’re going to do it by a question of principle. It has to be done.”

This is how the judges scored the contest: