Eduard Folayang Is Predicting A Submission Win Over Shinya Aoki 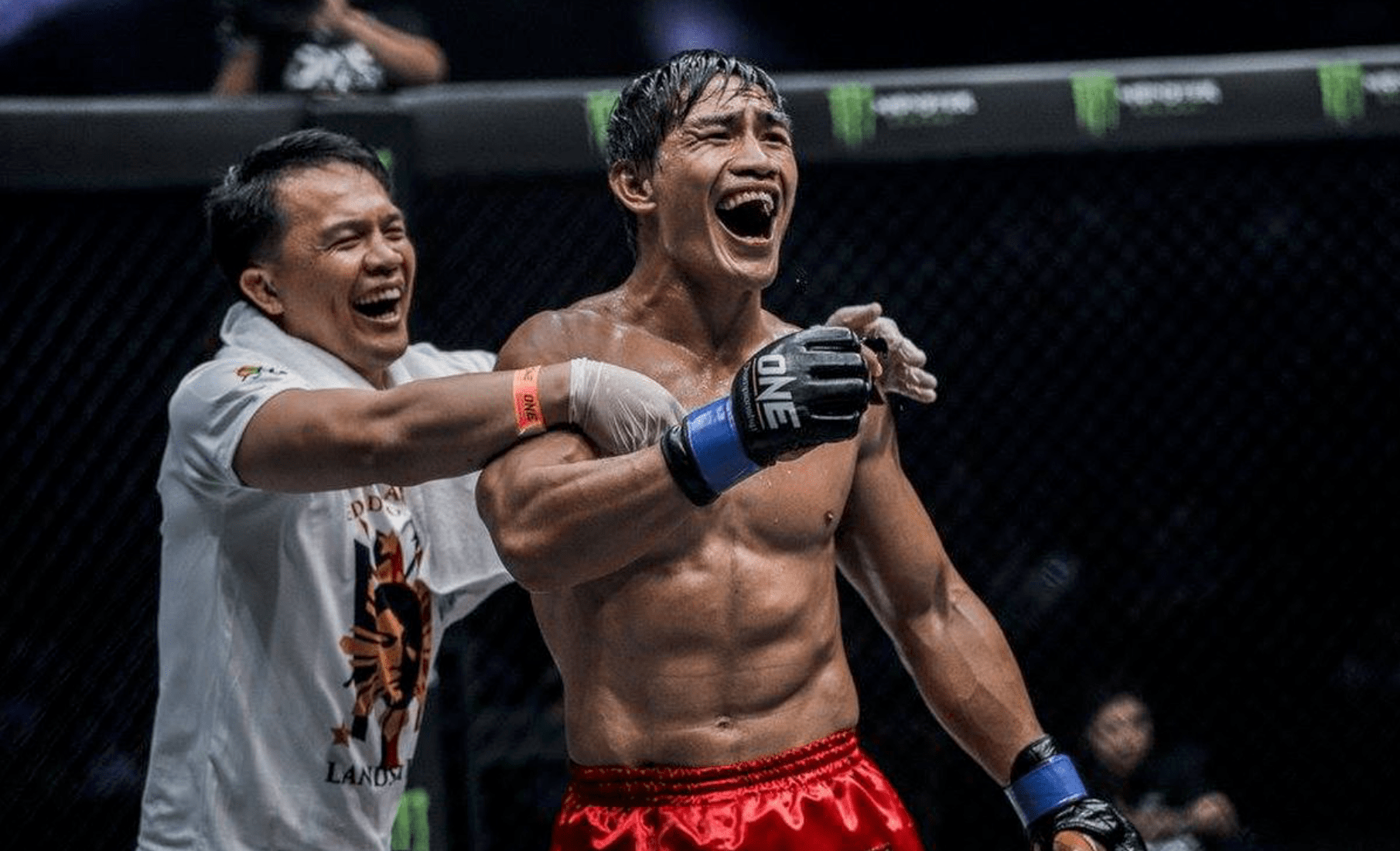 ONE Championship pulled out all the stops when they put together the complete card for their first ever live event in Japan, ONE: A NEW ERA. Headlining the blockbuster event is a ONE Lightweight World Title bout between reigning champion Eduard “Landslide” Folayang of the Philippines and local hero Shinya “Tobikan Judan” Aoki.

The iconic Ry?goku Kokugikan will host one of the most highly-anticipated rematches in recent memory and though news of the event’s proceedings has created an unmistakable buzz and excitement, it is Folayang who is most excited about his next outing.

“Of course, I am happy to be part of the first event in Japan, especially because of how big this is going to be” Folayang said.

“Just looking at the card, it’s undeniable that this is the biggest event of the promotion yet.”

They first squared off back in November 2016 where Folayang spent the majority of the first two rounds fending off Aoki’s vaunted grappling. In the third round, Folayang connected on a flying knee as Aoki was coming in, sending his Japanese foe reeling towards the cage. There, he unleashed a rain of punches until the referee called a halt to the contest.

Folayang mentioned that nothing much has changed in his preparations for the Japanese submission artist except for the fact that he will be the one defending the title this time around.

“The only difference right now is that I’m the one defending the World Title, so as much as possible, my mind is set on preparing to the best of my abilities to guarantee a favorable result” Folayang said.

“Tobikan Judan” is loosely translated to ‘The Grandmaster of Flying Submissions’, of which Aoki has become known for over the years with his flashy flying armbars and unorthodox submission techniques.

After winning his last three bouts in the first round, two by submission and one by knockout, Aoki is poised to give Folayang another stiff challenge. The Filipino acknowledges this and maintains he is better prepared this time around.

“He finished all his opponents in the first round, so that means he’s really determined and prepared to reclaim his belt” Folayang said.

“I think he’s still the best at what he does, which is grappling and that’s where I need to be more careful now more than ever.”

This time around, Folayang feels much more comfortable however. Destroying the aura of mystique surrounding Aoki in 2016, the Filipino stalwart is more confident in his abilities and has become somewhat of a legend himself.

Folayang has become so confident, that he hints at beating Aoki at his own game.

“I think I have an advantage because of my mental and spiritual strength” Folayang said.

“I have improved quite a bit myself, especially with the simple details in technique for takedowns and the ground game. With striking, I am constantly perfecting my accuracy and timing, so I had that time to sharpen them further.

“As much as possible, I won’t let it go to the scorecards. Personally, I want to predict that I’ll win via submission.”

The three time ONE Lightweight World Champion has been garnering accolades long before he embarked on a professional career in mixed martial arts, in international wushu competitions no less. But his experience with ONE Championship took him to a whole new level.

Folayang is grateful for the opportunity provided by the promotion and he plans to show fans and people who are inspired by his career by giving the best performance of his life.

“It’s huge, especially for those who aspire to become World Champions or martial artists because they could see that there is a stage where they can perform if they keep working on their craft.

“It’s truly an honour to be an instrumental part of the rise of martial arts in the Philippines” Folayang concluded.