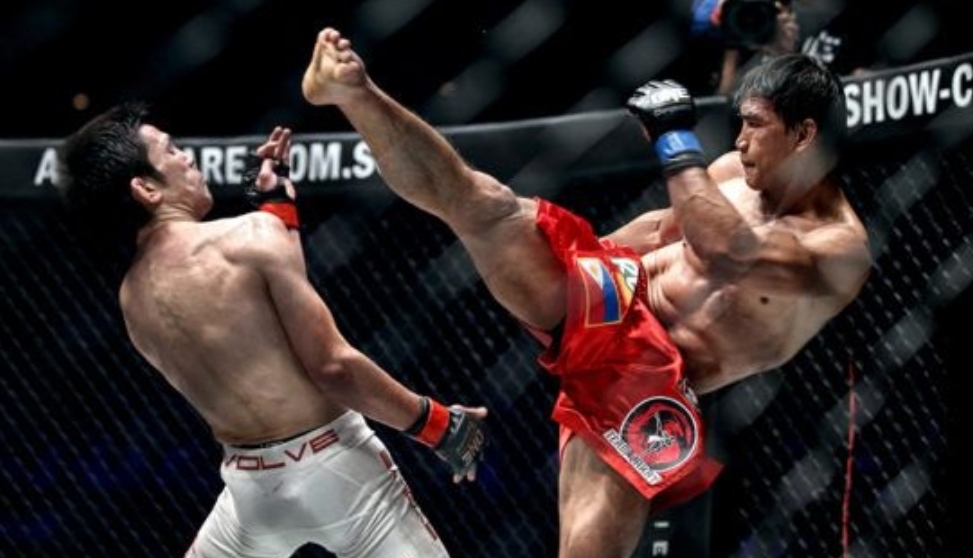 ONE: A NEW ERA is going to be historic on a number of levels. It’s the first ONE Championship event ever held in Japan. The event takes place at the legendary Ryogoku Kokugikan which has become synonymous with a variety of entertainment shows and combat sports.

The card features four World Title bouts and the promotional debuts of Demetrious Johnson and Eddie Alvarez. With a card this strong, the bout tabbed as the main event must be special. Reigning ONE Lightweight World Champion Eduard Folayang is set to defend his title against Japanese legend Shinya Aoki in what should be an epic rematch.

When they met the first time, Folayang won by stoppage, lifting the title from Aoki. The challenger would like nothing more than to gain revenge, get his title back and to do it all in front of his home fans. Here is a quick look at the rematch.

At ONE: DEFENDING HONOR in November 2016, Folayang scored a shocking third-round TKO win over Aoki. This win was unexpected for multiple reasons. Prior to Folayang’s win, Aoki had won nine bouts in a row, including all four of his matches with ONE Championship.

Aoki was also seemingly firmly in control of the bout before Folayang landed a knee to the midsection that seemed to zap the champion’s energy. Folayang sensed he’d hurt his opponent and charged to launch more strikes en route to earning the stoppage win and his first reign as ONE Lightweight World Champion.

Folayang has since lost the title and regained it, but Aoki has a chance to defeat the man who took the belt away from him.

Both men come into the bout on a three-bout win streak. Aoki has beaten Rasul Yahkyaev, Shannon Wiratchai, and Ev Ting to earn a shot at regaining his title, all by highlight-reel finish.

Since losing the belt to Martin Nguyen, Folayang has defeated Kharun Atlangariev, Aziz Pahrudinov, and Amir Khan. The last bout allowed Folayang to win the World Title which was vacated by the injured Nguyen.

There is nothing Aoki can do about the striking advantage Folayang will enjoy against him besides limiting the exchanges that take place on the feet. Folayang is a better athlete and a smoother striker in every way.

The last thing Aoki wants to do is to allow this bout to be decided in the stand-up. He’ll need to use every opportunity to close the distance, engage, change levels and get the champion on his back.

Folayang did a great job surviving the segments of the first bout that took place on the canvas. He’s undoubtedly been working on his submission and takedown defense. Those are the most important aspects of his game when preparing to face Aoki.

The Japanese icon has no secrets to his approach. He wants to take opponents down and submit them. Folayang has to be ready for the always dangerous challenger.

Competing in Japan is an advantage for Aoki. That edge will be amplified if he can gain control on the ground early in the bout. The educated Japanese fans will know that Aoki is in dominant position if he can secure a takedown.

It’s up to Folayang to keep the crowd out of the bout by eliminating Aoki’s momentum from the beginning.

Neither man has shown a weak gas tank in most of their bouts, although it did appear that Aoki suddenly ran out of steam in their first bout. However, there is a reason to believe the Folayang knee had a lot to do with the drainage. In any case, this doesn’t figure to be a draining battle. The pace probably won’t be quick.

Folayang has proven to be susceptible to the KO in his career. However, Aoki is not a formidable striker. Thus he doesn’t have the tools to take advantage of one of Folayang’s perceived weaknesses. The KO has been a bugaboo for Aoki.

Obviously, Folayang stopped him in their first meeting, and five other opponents have dealt Aoki losses via KO. You can bet Folayang will be looking to stop Aoki again in the rematch.

When an athlete has scored a stoppage win over an opponent, there’s no questioning who has the mental edge in a rematch. Folayang took the best that Aoki had to offer in the area of grappling in the first match.

Aoki was likely up on the cards when the stoppage happened, but at one point, he was caught and finished. Aoki has to remember that he was in control initially, and he must try to focus on what he did to get that edge while being sure not to fall back into the same predicament that cost him the title.

Who Has The Edge?

Folayang is the man with the edge heading into ONE: A NEW ERA, but it’s not an insurmountable edge. Aoki can win a decision if he can control top position on the ground throughout most of the bout, and he can obviously submit the champion if he can lure him into a compromising situation.