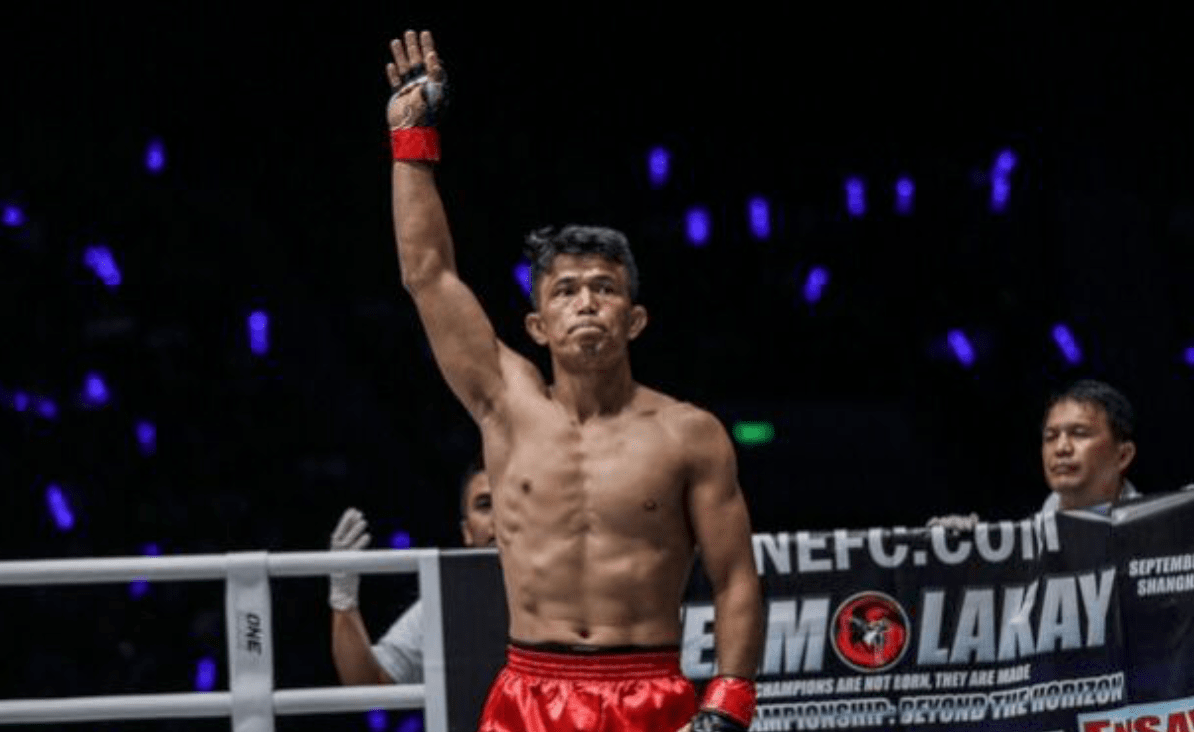 Edward Kelly expects to dominate Ahmed Faress when the two lock horns this Friday night at ONE: Full Blast.

Kelly hasn’t fought since his unanimous decision loss to Kai Tang at ONE: Age Of Dragons in November of 2019, mainly due to COVID, but he has been honing his skills at Team Lakay.

Training During A Pandemic

Speaking exclusively to Asian Persuasion MMA, Kelly said that despite the lockdowns in the Philippines, he’s been able to train constantly either at home or more recently, behind closed doors with his teammates in Baguio City.

“Since the pandemic strikes, all of us have been training mostly in our hometown and I’m happy that I did my best to train myself during the pandemic,” Kelly said. “Once the lockdown was lifted, I went up immediately to the team and trained with them.

“It’s good, it’s still the same training but since the pandemic strikes, our hometown is under lockdown, but it’s good that our gym is still open for our fighters. It’s like a close door training for fighters only.”

Eager To Show His Improvements

Kelly has dropped three of his last four fights inside the ONE Circle, but said that he has used his time off from fighting to make improvements, which he plans to show on Friday night.

“My previous losses have made me think a lot about what I will be focusing in my training,” Kelly said. “I and my coaching and teammates have been working on it, and I will show my improvements in my upcoming fight.”

Faress, a Taekwondo and BJJ specialist, is an extremely well-rounded fighter. The ONE Warrior Series product, who will be making his main roster debut, and is certainly a legitimate threat to ‘The Ferocious’. However, the Filipino has seen a few holes in the Egyptian’s game, which he plans to exploit.

“Ahmed Faress is a well-rounded fighter also, but I will dominate him,” Kelly stated. “I’ve seen his previous fights and I’ve learned some of his weaknesses. Honestly, I wasn’t that fighter [to study opponents] before but now I adjust myself and keep watching my opponents’ fights and adjust what will I be improving.”

At the end of the day, Kelly said that he will get his hand raised by any means necessary.

“I will get the knockout or submission or dominate him for three rounds,” Kelly said.

Having not fought in 2020, Kelly wants to make sure 2021 is his year, and he wants to kick things off with a positive mindset against Faress.

“It’s been good and I want to start it with a good mentality,” Kelly said. “I just want to keep on winning every fight that ONE gives me and keep improving.”

Do you think Edward Kelly will leave the ONE Circle with the victory against Ahmed Faress at ONE: Full Blast?