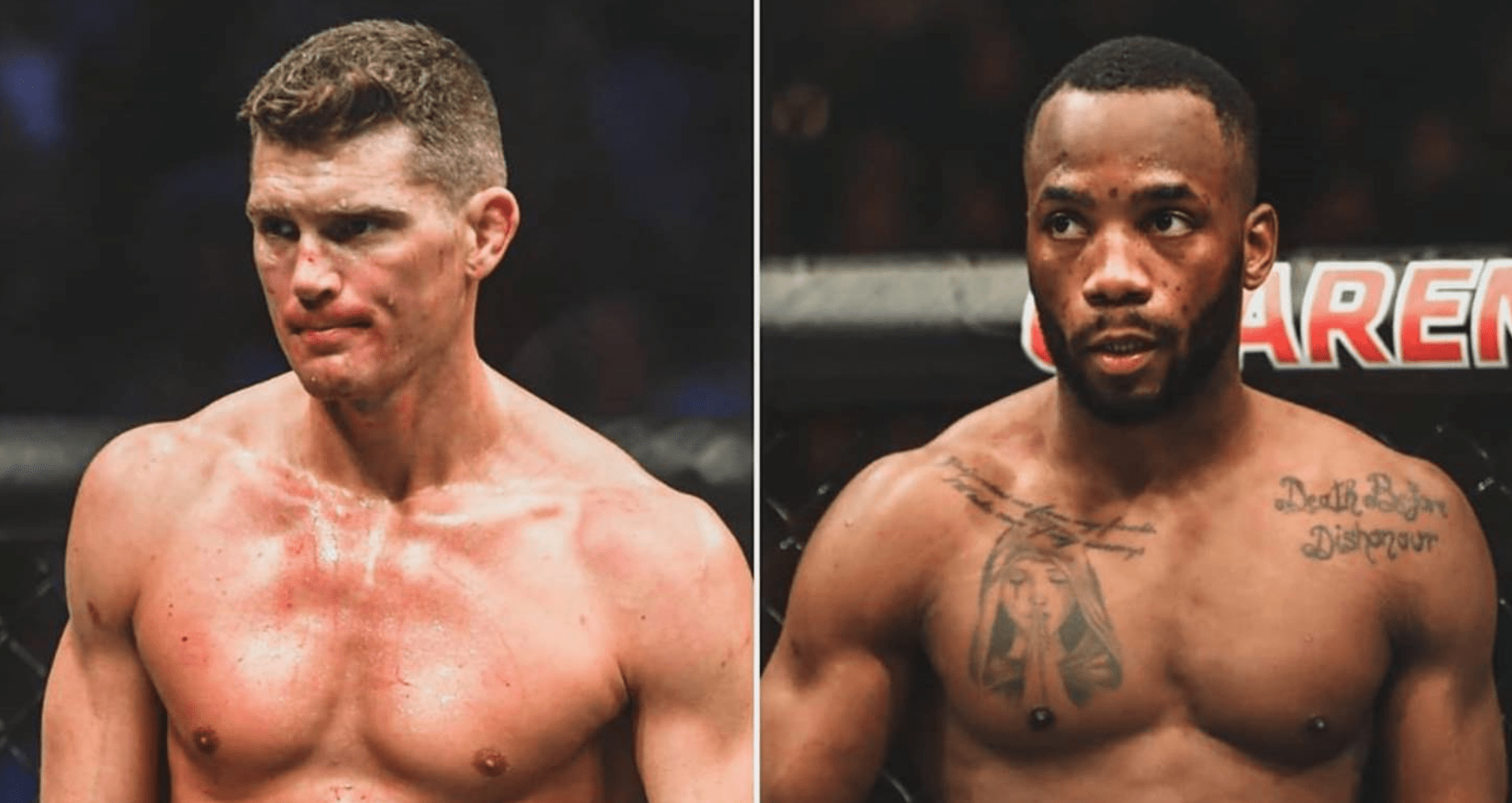 Stephen Thompson thinks he deserves a shot at the UFC welterweight title more than Leon Edwards. Much to the amusement of the Brit.

Edwards returned to the Octagon after almost two years on the sidelines to face Belal Muhammad this past weekend in the UFC Vegas 21 main event. ‘Rocky’ was guaranteed a title shot by Dana White with an impressive win. Unfortunately however, the fight ended in a no-contest after he accidentally poked ‘Remember The Name’ in the eye 18 seconds into the second round.

Nonetheless, Edwards called for a title shot during his UFC Vegas 21 post-fight interview, saying that he was winning the fight up until the fight ended. Speaking on his ‘What’s Up Everybody?’ podcast (as transcribed by MMA Fighting) however, Thompson begged to differ.

“With the eye poke, there’s only one thing to do, and that’s to run it back,” Thompson said. “I know Edwards is saying he deserves the title next, but you can’t get the title after being gone for two years and then having a no-contest with a poke to the eye.”

‘I Deserve It More’

Edwards entered the Octagon at UFC Vegas 21 for the first time since beating Rafael dos Anjos in the summer of 2019. Since Thompson has recorded wins over Vicente Luque and Geoff Neal in that time, he believes he deserves a title shot more than his top five rival.

“I know Edwards is like, ‘No man, I want to fight for the title,’” Thompson said. “Come on, dude. You haven’t fought. I deserve the title more than you deserve it at this point. I’m just saying. You know what I mean? Come on, guys. I’m the only guy that Usman hasn’t fought.”

Thompson also explained why he wouldn’t have asked for a title shot, were he in the same position as Edwards.

“If I would have thought that, you [Thompson’s brother] and pops would slap me into oblivion, saying, ‘No, you’re running it back with this guy,” Thompson said. “You’re not gonna get a title shot for that.”

Edwards Should Have Been Disqualified

Muhammad was also poked in the eye by Edwards in the first round, but he was able to continue. Given that the number three ranked welterweight had already been warned, Thompson thinks he should have been disqualified for the fight-ending eye poke.

Despite the difference of opinion, Thompson praised Edwards for his first round display, and had him winning the fight.

“He looked really crisp, he looked really sharp, he looked fast,” Thompson insisted. “That’s the best shape I’ve seen Edwards in. He was looking shredded. … His fighting skills, he had great timing, he looked very calm. He had Belal backing up. I had him winning the fight up until the point where he poked [Muhammad] in the eye and [Muhammad] couldn’t continue. But anything can happen. Belal was saying he was just getting warmed up.”

Edwards has long been claiming that nobody in the welterweight top five wants to fight him, but Thompson says that’s not entirely accurate.

“I have been constantly calling him out,” Thompson said. “What? How could you say that? I called you out in a nice way.”

It didn’t take long for Edwards to respond to Thompson’s comments. Taking to social media, the 29 year old laughed off ‘Wonderboy’s’ suggestion.

The event will take place at Vystar Veterans Memorial Arena in Jacksonville, Florida in a packed arena. It will be the first time since UFC 248 that the promotion will have fans in attendance outside of Fight Island in Abu Dhabi.

Do you agree with Stephen Thompson, should Leon Edwards give Belal Muhammad an immediate rematch?