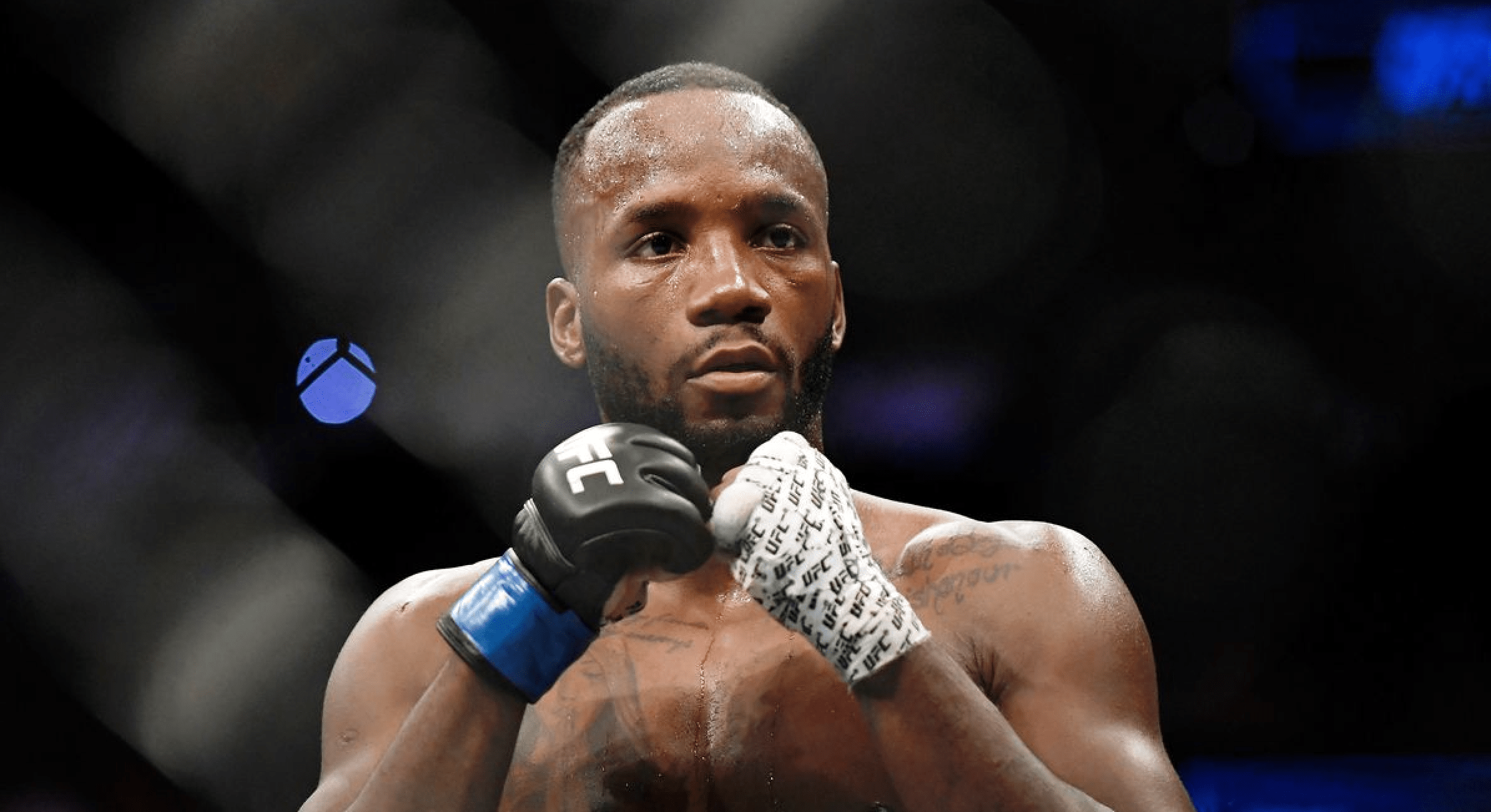 Ahead of his highly anticipated return at UFC Vegas 21 this weekend, Leon Edwards has slammed Colby Covington for turning down a fight with him, and says Khamzat Chimaev is no longer in his plans.

Edwards hasn’t competed in the Octagon for nearly two years, mainly as a result of an endured stretch of bad luck ever since the arrival of COVID. He was originally scheduled to fight Tyron Woodley in the UFC London main event last March, but the the card became the UFC’s first cancelled event due to global restrictions as as result of the pandemic.

The Brit’s spell of bad luck continued when he was booked to fight breakout star Chimaev last December, but had to pull out after testing positive for COVID. The fight was rebooked in January, but this time, ‘Borz’ was forced to withdraw after he failed to recover from having COVID in time. A third attempt to book the fight at UFC Vegas 21 was also scrapped after the Russian born Swede continued to suffer from the lingering effects of the virus.

After Chimaev withdrew, the UFC’s initial plan was to bring Covington in as a replacement but he turned down the fight, saying that he wasn’t interested in doing ‘charity work’. Edwards is now scheduled to fight Belal Muhammad in the UFC Vegas 21 main event this weekend.

Speaking to MMA Fighting, Edwards said that he expected the ‘coward’ Covington to ‘make excuses’ instead of signing the contract.

“I kind of expected it,” Edwards said. “This man’s been running since forever. Every time my name gets mentioned, he runs and makes excuses. I expect nothing more from a coward. I expect this is the way he would approach it.

“The UFC wanted the fight. They went to him, came to me and said ‘Would you fight Colby?’ I said yes. They went to him and he just says no. So I suspect that’s what he’s going to do. You cannot force a man to fight. It would have been great to have him in there, to put him in there to smash his head in but now here we are with Belal Muhammad.”

Edwards, who is among the top contenders in the welterweight division, thinks a fight with 13th ranked Muhammad doesn’t make a lot of sense. However, it’s better than sitting around and waiting for other top contenders to step up and fight him.

Due to his prolonged illness, Chimaev indicated earlier this month that he was retiring from the sport. However, he later said that he was just feeling frustrated when made the announcement. Having suffered from COVID himself, Edwards understands to an extent the effects of the virus, and offers nothing but best wishes to his counterpart.

“Obviously, number one is his health, making sure he can recover and hopefully get to compete again,” Edwards said. “He’s a young man. When I seen that post about him retiring, I thought that’s f***ed up. Obviously, he’s not in my rearview right now to compete against but number one is his health, him recovering and getting back to his family well and doing well really. That’s my thoughts really, just making sure he’s in a good place and recovering.

“I went through it in November/December. Same thing, I lost a lot of weight, my lungs was messed up. I kind of understand what he’s going through. Not as bad from what I’m hearing from him but I had it really bad and I couldn’t compete. I feel for the man. I wish him well.”

With Chimaev no longer in his plans, Edwards urges the former Brace CF fighter to work his way up the ranks when he returns to the Octagon.

“He’s nowhere in my plans for the future at the moment,” Edwards noted. “When he does get healthy, number one, then he should work his way up. I seen they put him number 15 now or number 14. Let him fight one of them guys in the [top] 15 and work his way up. Cause his first three wins is no one ranked in the top 30 in the UFC.

“At the moment, he’s nowhere in my vision for a future fight. I didn’t need to fight him. I did it out of a willingness to show the company that I was willing to compete and that’s it really. I’m looking ahead and looking towards a title shot.”

Do you think Colby Covington has been dodging Leon Edwards?