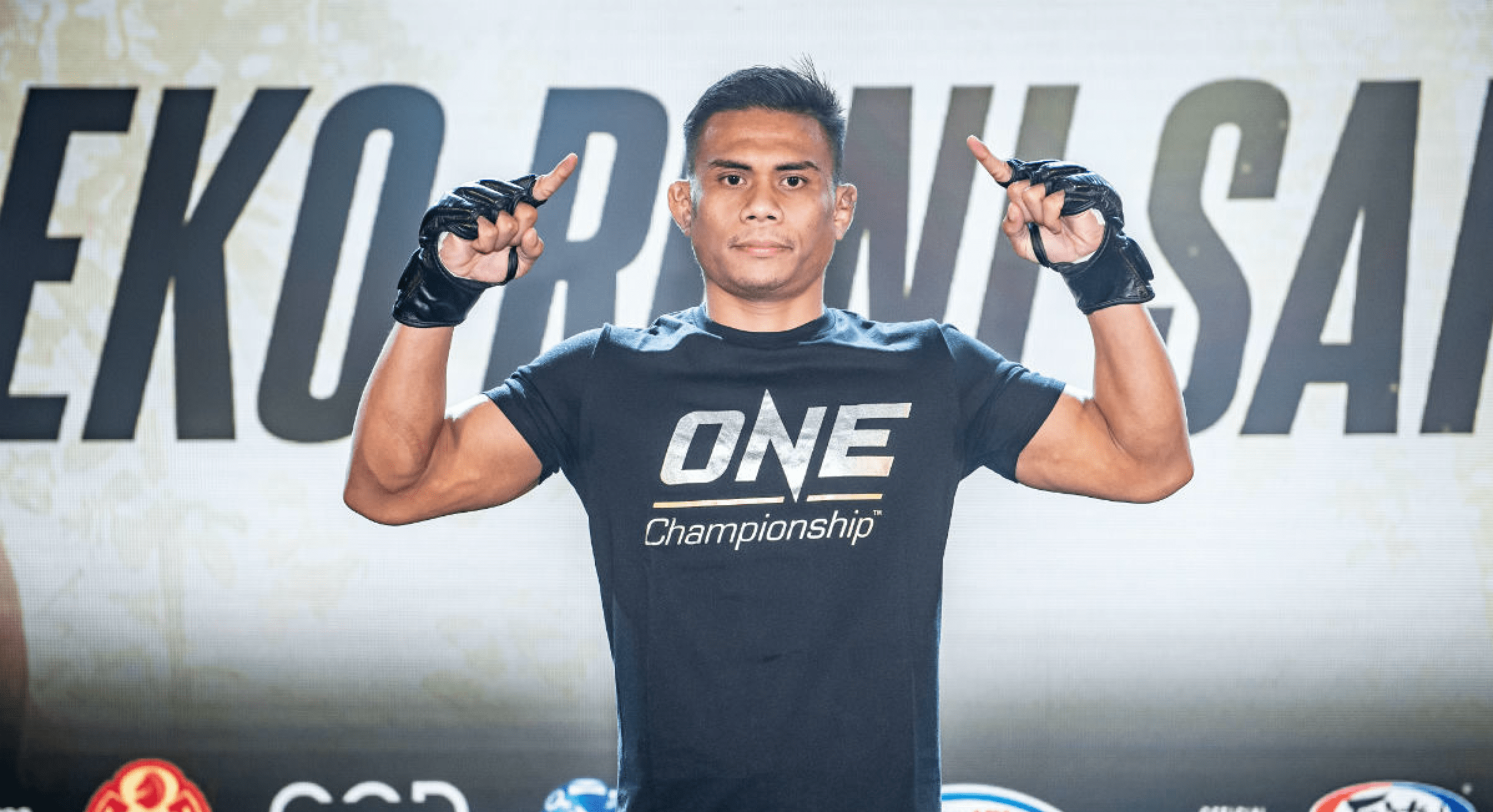 Eko Roni Saputra is set to show the world that he can give a better performance on October 25th at ONE: DAWN OF VALOR, which takes place at the Istora Senayan in Jakarta, Indonesia.

Before he squares off with the Philippines’ Kaji “Alpha” Ebin on the supporting card, Saputra looks back at his recent ONE Championship debut, at ONE: ROOTS OF HONOR, where he fell to Malaysian Niko Soe.

Saputra was stopped after an injury prompted the attending physician to call a halt to the contest. As a result, Soe was awarded the technical knockout victory.

Normally, this type of setback could be frustrating for athletes. But Saputra thought otherwise.

“I felt like it was a normal thing, since it was my first time to compete in MMA, and I only had six months of training,” Saputra said.

Learning from his mistakes, the Evolve MMA representative is confident that he will produce better results in his upcoming match.

“I need to be more focused, more concentrated, and also more relaxed in my next fight for me to be able to do better,” Saputra added.

Saputra feels confident to deliver on his promise to fans, having trained with various World Champions at Evolve in Singapore. He considers himself in a fortunate and unique position with a team that helps him develop himself as a mixed martial artist.

“I train MMA with the guys over at Evolve every day, and I’m grateful that I get to train with some of the best and most experienced trainers in the world. And I’ve even become friends with some of their world champions,” Saputra said.

“All of my friends and trainers and teammates in Evolve always help motivate me in MMA, and all I can say to them is ‘Thank you.’ Because of them, I’ve gotten significant improvement in MMA.”

This time around, Saputra gets the chance to perform in front of his hometown crowd in Jakarta. With his countrymen rallied behind him, Saputra’s fighting spirit is raging. The multiple-time Indonesian National Wrestling Champion is confident he can finally get his first win under the banner of ONE.

“Being able to fight in my home country and compete on home soil is a good opportunity for me because I feel that it motivates me to do my best when I go out there,” Saputra concluded. “All of my friends and my family in Jakarta can’t wait, they’re very excited to see me fight live in Jakarta.”