Elias Mahmoudi Is Promising All Out War Against Petchdam 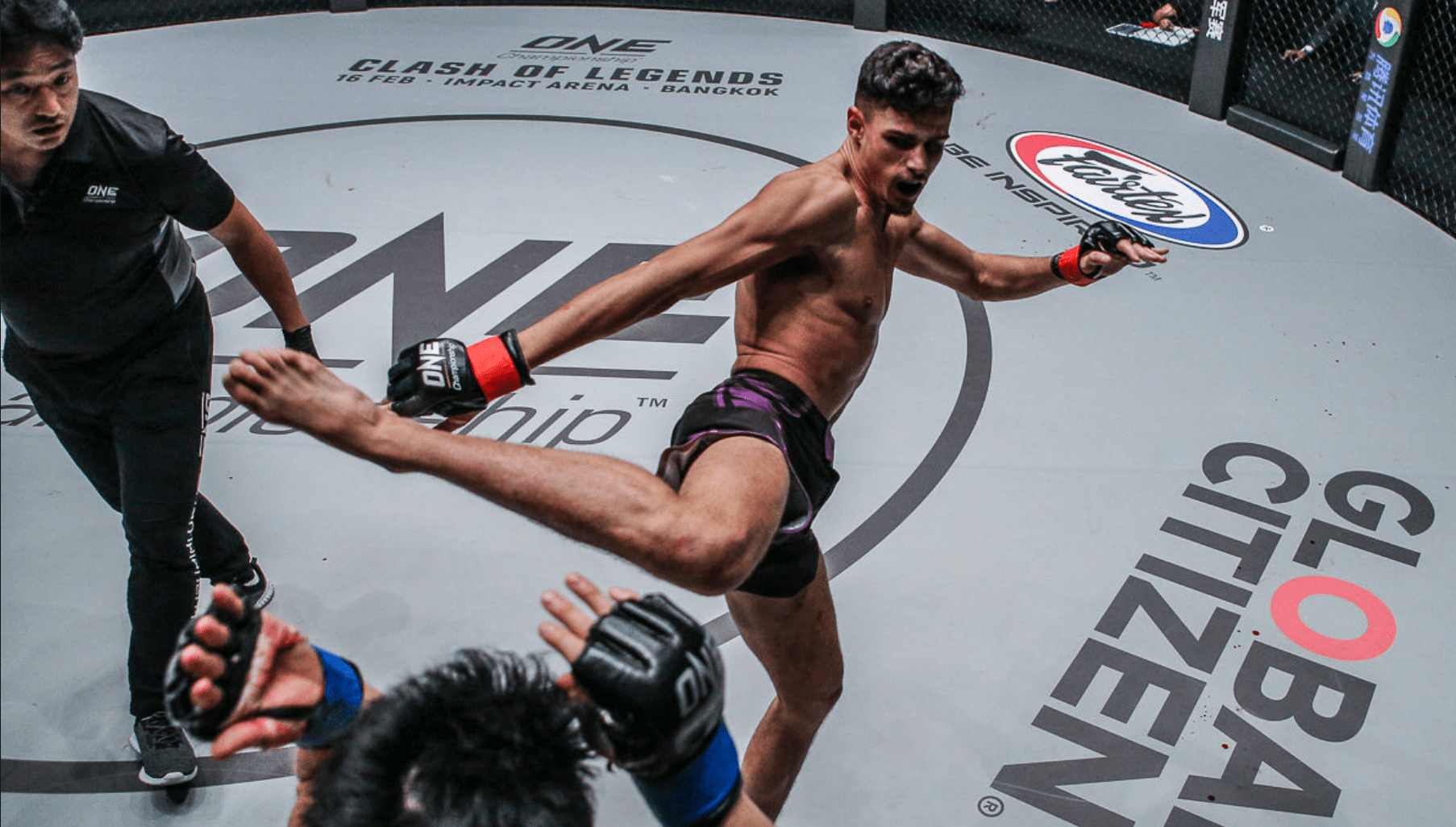 Elias “The Sniper” Mahmoudi’s highly-anticipated showdown against “Baby Shark” Petchdam Petchyindee Academy may just nab match of the night honors at ONE: WARRIORS OF LIGHT, given how incredibly talented and aggressive the two strikers are. This Friday, May 10th at Bangkok, Thailand’s Impact Arena, Mahmoudi has the chance to deliver on his promise of victory.

Mahmoudi and Petchdam will compete for the inaugural ONE Flyweight Kickboxing World Title and for the Algerian native, he feels he has rightfully earned his spot through years of hard work and sacrifice.

“I’m extremely proud to fight for this World Title,” he says.

“It is not only this fight, but the result of all those years of sacrifices and my results that have opened those doors for me.”

The 21-year-old cemented his top-contender status when he was able to dominate his Japanese opponent, Yukinori Ogasawara, using everything in his arsenal to get the unanimous decision nod from the judges. Despite the win, Mahmoudi feels that he could have done better in that match and he will prove to everyone that they haven’t seen his best yet.

“I’m satisfied with my performance but I would have preferred to win by knockout,” Mahmoudi admits.

“The Sniper” trusts his coaches and trainers to come up with a sound strategy and a clear path to victory while he focuses on his training.

Petchdam has also earned his spot in this equation, as he rode a three-bout win streak in ONE Super Series, all by way of knockout. It’s a feat that is not lost on the Algerian as he acknowledges by experience how difficult it has been to rise up through the ranks.

“I didn’t look at any of Petchdam’s fights. It is my coach’s job to look and prepare a game plan. They tell me he has a great left leg,” he says.

“I don’t think there is anything special about him but if he’s standing in front of me for this World Title shot, then it is because he deserves it. At ONE Championship, I have seen that there are no shortcuts or presents – you get what you truly deserve.”

Heading into Bangkok, Mahmoudi will find himself competing in a venue where the majority of the crowd will no doubt be cheering for his opponent. He admits that it makes the task tougher but not impossible.

“I don’t really have any advantages because I will fight in his country,” Mahmoudi said.

“I had some really bad experiences in the past with other organizations where local judges became blind during the fight. Fortunately, ONE judges are professional and judge impartially.”

Regardless, he knows better that it all boils down to his performance against “Baby Shark.” This is currently the most important match of his career and Mahmoudi promises to go all out once the bell rings.

“I promise you that it will be an all out war,” he says.

“[Winning the World Title] is the pinnacle, but my goal is not only to reach the summit but to stay on top as long as possible.”