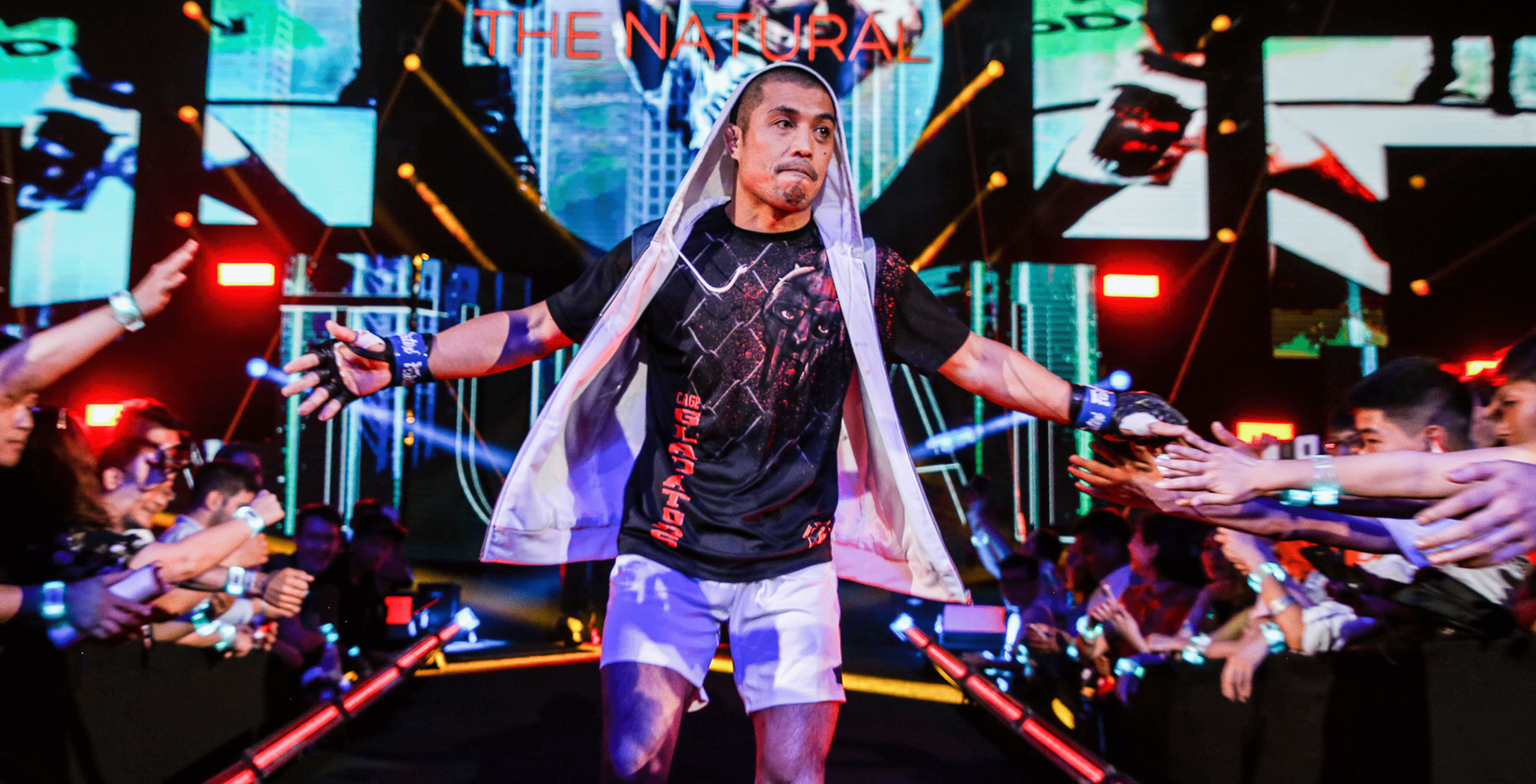 Filipino mixed martial arts veteran Eric “The Natural” Kelly was in for yet another rough night at ONE: LEGENDARY QUEST last Saturday, June 15th at the Baoshan Arena in Shanghai, China.

Kelly faced China’s own Niu Kang Kang in a featherweight bout that saw the hometown bet grind out a unanimous decision win after three gruelling rounds.

The Filipino veteran was aggressive during the opening moments of the bout, but was ultimately grounded by the yung Niu, who displayed much-improved grappling.

“Losing against Niu Kang Kang in Shanghai was tough,” Kelly expressed. “I wasn’t at my best.”

Noticeable even before Kelly hit the ring was some swelling and bruising around his left eye. The 37-year old revealed that it was caused by an accidental headbutt sustained three days prior to heading out to Shanghai.

“Three days before we left for China, I had suffered an accidental injury from a headbutt, which affected my performance,” the Baguio City-native explained. “Not taking anything away from my opponent, but I wasn’t at my best.”

Kelly continued further, saying that all it took to open the cut back up was a single jab from Niu during the bout, which in turn became a problem for “The Natural.”

“We were doing some last minute sparring when I was hit with an unintentional headbutt from my sparring partner. During the fight, a jab aggravated the injury on my left eye causing it to open.”

“I lost confidence in standing and trading strikes, but even then, I pushed myself to continue standing up with my opponent. I tried to land as many strikes as I could on the ground as well, but sadly, it wasn’t enough in the eyes of the judges. I respect their decision,” Kelly added.

The loss to Niu was Kelly’s seventh consecutive loss dating back to 2016. His six losses prior all came by way of stoppage, either getting knocked out or submitted.

His current skid has forced Kelly to contemplate retirement.

“This is my seventh straight loss, and I’m very disappointed with myself as a mixed martial artist,” Kelly admitted. “I’m not going to lie. I have considered retirement due to my poor performances.”

Kelly added that lack of focus in training has been an issue.

“There’s a lot going on in my life right now, my personal life, which hinders me from focusing 100% on training. But I’m thankful for all the fans and all my friends who never lost their faith in me, and who offered help in every possible way,” he said.

Before the curtains completely come down on his storied mixed martial arts career, Kelly took the time to thank his family, friends, and fans for their support which gave him the push to continue performing despite the outcome.

He would like to close this chapter of his life with a victory as a form of gratitude for all the love and positivity he has received for the past decade in this profession.

“I would like to thank everyone for their words of encouragement throughout my career. If they weren’t there to support me, I would have retired long ago,” said Kelly.

“Retirement is knocking on the door, but I want to give my fans and supporters everything that I have. I want one last win before I truly leave the sport I love.”