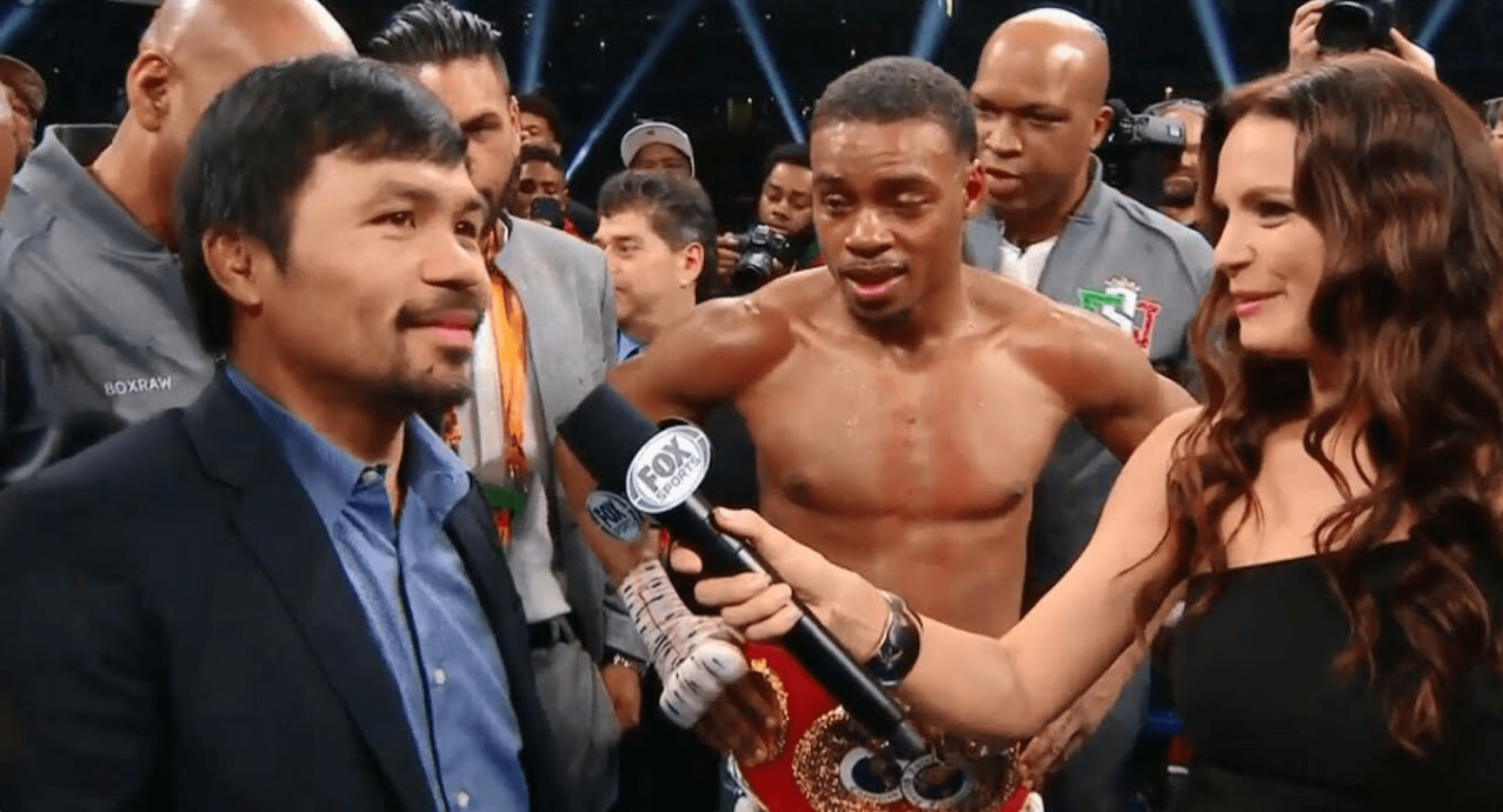 Manny Pacquiao rolled back the years last month, putting in an impressive performance, in beating Keith Thurman via split decision. And in doing so, winning the WBA (Super) welterweight title. With a performance like we saw at the MGM Grand Garden Arena, along with his huge popularity, it’s no wonder the Filipino super star is still being called out by the best boxers in the world. And you can add Errol Spence Jr. to the list of big name boxers wanting a piece of the ‘Pac Man’.

Spence is the IBF welterweight champion and is unbeaten after twenty five professional fights. Twenty one of which, the 29 year old won via stoppage. ‘The Truth’ is set to face Shawn Porter on September 28th at the Staples Center, Los Angeles, for the WBC welterweight title. And as he told TMZ Sports, after he’s fought Porter, he wants to fight Pacquiao next.

Pacquiao’s win over Thurman took his professional record to 67-2-2. Following the win, Pacquiao again called for a rematch with Floyd Mayweather. But instead of showing any interest in a rematch, Mayweather hit out at Pacquiao.

One man who would like to see them square off inside the ring again though, is boxing legend Sugar Ray Leonard, who last week commented that they should make the rematch. And although Mayweather may not be showing any interest in a rematch, that’s not the case with Thurman. He stated last week that he may have to fly to the Philippines to ask Pacquiao for a rematch.

Who would you like to see Manny Pacquiao fight next?