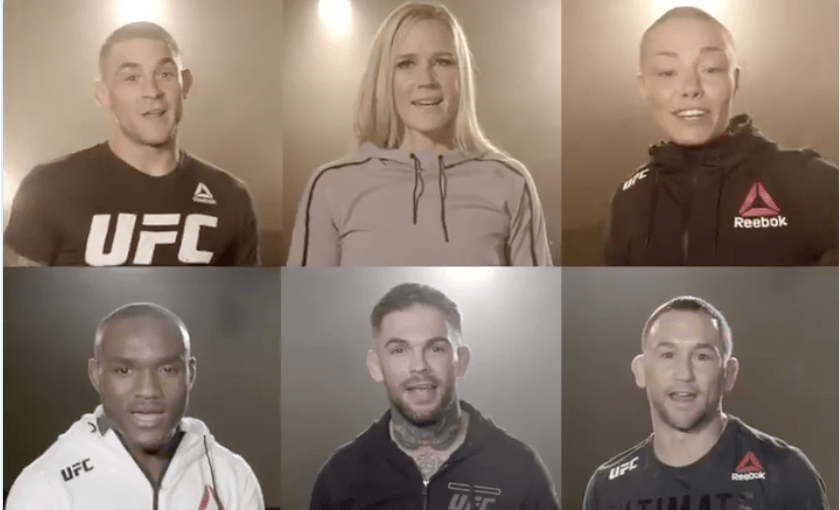 One of the big stories at the end of 2018, was news that the UFC was moving from Fox to ESPN. And to celebrate the new year and new TV deal, ESPN’s Sports Center has declared that they are ready for the UFC coming to ESPN by making a little Brady-Bunch style promo, featuring some of the UFC’s biggest stars.

One UFC fighter who wasn’t chosen to be in the promo, was “The Chosen One”, Tyron Woodley, who sarcastically replied to Ariel Helwani’s tweet with the promo.

The UFC welterweight has a funny relationship with the UFC and particularly the president, Dana White. Despite being the champion and a regular panelist on UFC on Fox, Woodley has often criticised the way he feels the UFC treats him.

Dana White has recently said that Kamaru Usman will be fighting for the 170lbs belt at UFC 235, whether it’s against Woodley or not. Whether Woodley defends his belt on March 2nd in Las Vegas, we will have to wait and see.