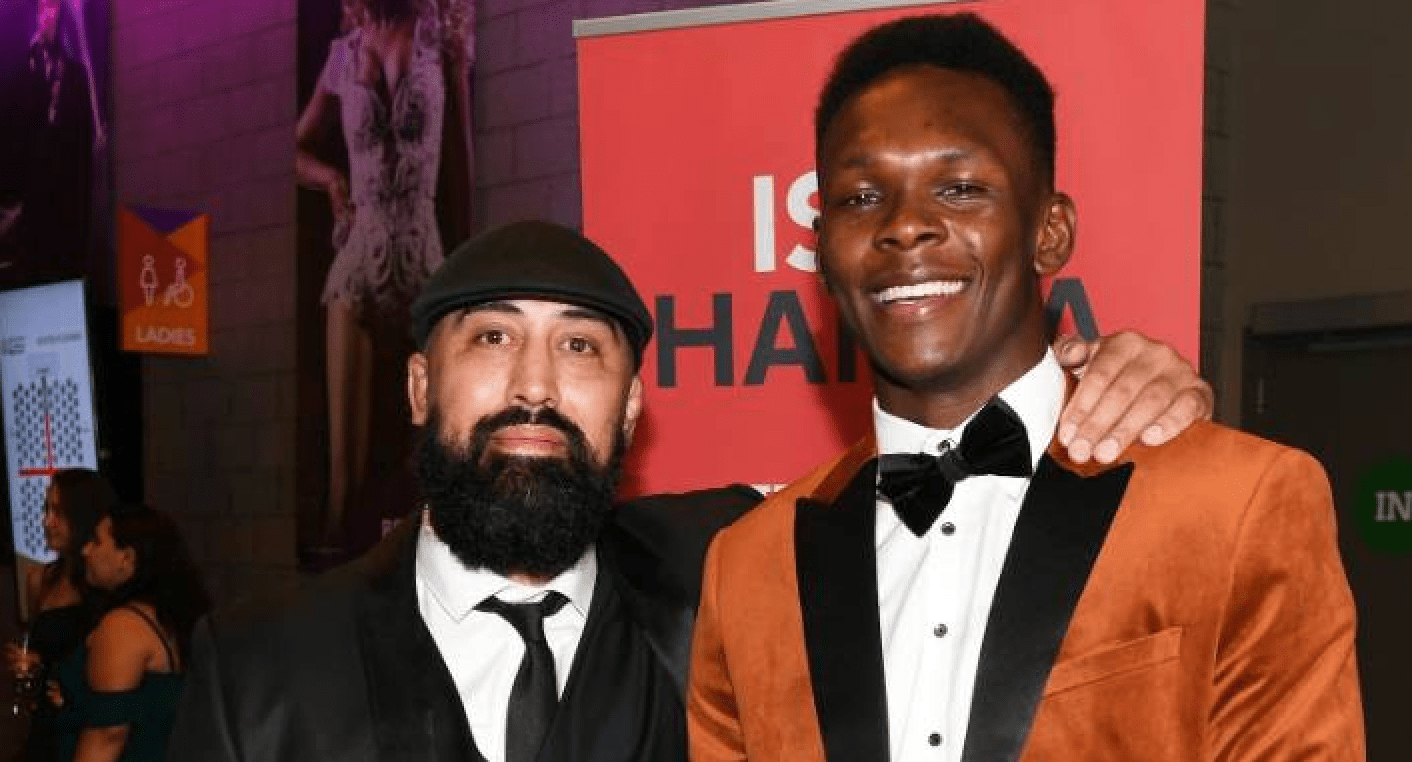 Adesanya and Blachowicz are expected to fight for the UFC 205lbs title in 2021. Both fighters competed at UFC 253 in the main and co-main event, where ‘The Last Stylebender’ defeated Paulo Costa to defend his belt via a second-round TKO, and the ‘Prince of Cieszyn’ also scored a second round TKO against Dominick Reyes, to win the vacant light heavyweight title.

Speaking to Submission Radio (as transcribed by The Mac Life), coach Bareman expressed his excitement over Adesanya moving up in weight to fight the “monster” Blachowicz.

“What excites me, is just the challenge of a great fighter like Jan,” Bareman said. “The challenge of going up a weight division. Just the whole challenge of trying to take on a task like that, another monumental task that I’m sure there are gonna be a lot of people that are gonna stack the chips against us. But it’s very motivating when you get a challenge like that. It’s very easy to pick myself up and pick my fighter up and pick my team up, because of the enormity and the challenge. Jan’s an absolute monster, but this is what we do, we slay monsters. That’s what we do for a living. That’s what excites me.”

The oddsmakers have Adesanya as a sizeable favourite in a fight with Blachowicz, but that does not mean he and his team will underestimate him. Lauding the Polish 37 year old’s skillset and explosiveness, Bareman believes he is a much better fighter than people credit him for.

“He’s the type guy that when you’re watching him fight from a distance, either from 50 meters away or 100 meters away in a stadium or through a television screen, he doesn’t give you a true indication of how good he is,” Bareman said. “In fact, it probably paints a really unrealistic picture of how good he is. I believe when you get in there with him, is when you understand just how explosive he is, and how also a little bit awkward he is. Cause that’s the key reason he’s able to give a lot of these guys a lot of trouble, and you don’t truly understand that until you get in there. And I think it’s very easy to watch him and underestimate him. But obviously, my team may be new, so to speak, in the UFC for the last four years or whatever, but we’ve been around.

“My team’s one of the most experienced coaching teams in combat sport, in the world. Before we went to the UFC, you’re talking about 20 years of coaching and cornering fighters before we got into the UFC. We’re not gonna fall for something as amateurish as underestimating someone based on their performance, from watching their performances on a TV screen. It’s something, it’s just not within us to do that.”

Speaking about when the fight could happen (as transcribed by MMA Mania), Bareman said that although Blachowicz wants the fight to take place in March, Adesanya will also get a say in the matter.

“Jan wants March,” Bareman continued. “So, he’s posturing for that in March. So, when you come out and say things like that publicly, on public record, social media and stuff, that’s all part of a strategy to put you in a position to take the fight at a certain date that you want it. But ultimately, there’s two champions involved, and so they both have just an equal right to what day that they want to fight, it has to work for both of them. And ultimately, both these guys work for a company, and that company decides when you fight.”

Since losing his middleweight crown to Adesanya at UFC 243, Whittaker has won two on the trot against Darren Till at UFC Fight Island 3, and Jared Cannonier at UFC 254. And while the former UFC middleweight champion is campaigning for a title rematch, coach Bareman says ‘The Reaper’ is not in their plans right now.

“The crosshairs are on Jan,” Bareman said. “Robert Whittaker may as well be outside of the scope. He’s not even anywhere near the crosshairs. So, like, yeah, we’re not even mentioning that name. All our focus is on the Blachowicz fight. At the moment, the battle that’s going on is not between the two fighters, it’s between the management teams of both fighters and the UFC. But that’s the battle going on now.”

How do you see Israel Adesanya vs Jan Blachowicz playing out, should that take place next?