Ev Ting Has Put In The Work Ahead Of ONE: Call To Greatness 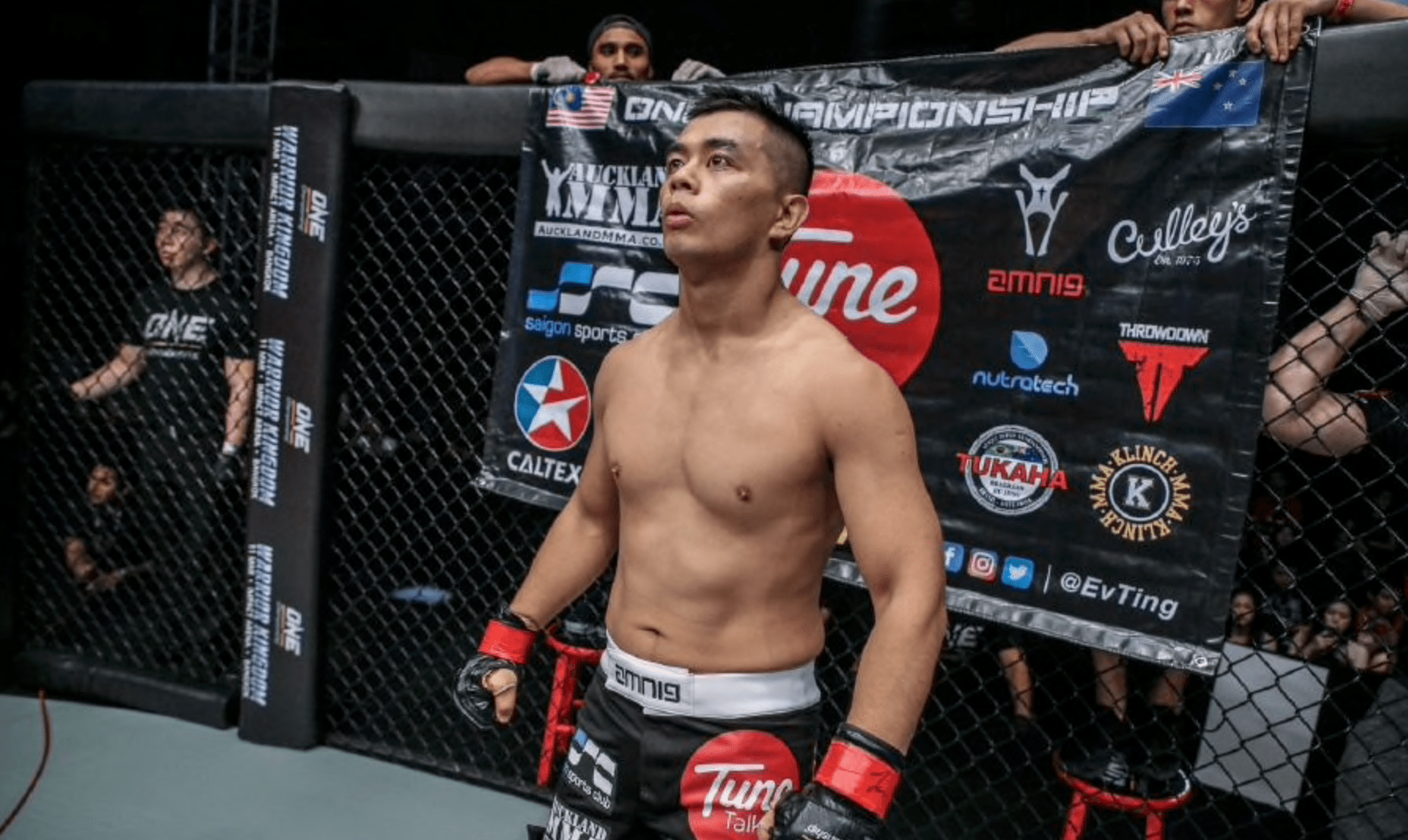 When ONE athlete Ev “E.T” Ting walks to the ring this Friday night, he will do so knowing he has the strength and support of his team mates, friends, family and more than just one country in his corner.

Raised in New Zealand but born to Malaysian parents in Kuala Lumpur, Ting proudly represents both nations when he puts his diverse martial arts skills to the test with ONE Championship.

This February 22nd, at ONE: CALL TO GREATNESS which takes place at the Singapore Indoor Stadium, Ting faces Turkish powerhouse Saygid “Dagi” Arslanaliev in the quarter finals of the ONE Lightweight World Grand Prix. It’s the first step towards his goal of another shot at the World Title.

The 29-year-old is well aware of the added pressure that brings with it when he steps inside the ring, but at the same time, it’s both empowering and uplifting.

“It’s a big responsibility, but I feel like my biggest responsibility is putting my body on the line and always fighting my heart out for them. It’s like a soldier going to war for their country, in some ways.”

“I feel like I’ve done that very actively for both my countries. I don’t do it for credit or honor, but I’m definitely doing my duty.”

Ting’s family decided to immigrate to ‘The Land of the Long White Cloud’ when he was just a youngster, and they endured some testing years as they negotiated the culture shock that came with such a drastic change of scenery.

Along with the rest of his siblings, Ting worked multiple jobs to make ends meet, which instilled in him the work ethic that has helped him become the martial artist he is today.

But years later, when it came time to inform his parents of his decision to pursue his passion as a fulltime career, it initially took some convincing. Although it didn’t take too long for them to come around.

“They were worried at first but now they’ve become my biggest supporters” said Ting.

“My mum is my number one fan now. It’s crazy, my mum and dad know more of the ONE roster than I do, they know everything. They’re really proud of me, they always brag about me.”

Ting will look to continue doing them proud when he takes center stage this Friday night against Arslanaliev. Many feel it could be Ting’s toughest test to date, and that he is a slight underdog heading into the matchup. Still, Ting is unfazed at the challenge that lies before him and remains as confident as ever.

“He [Arslanaliev] is dangerous, well rounded and explosive. He’s very tough but that’s just like any opponent, they’re all tough. I feel like I’ve put in all the work, so it’s just a matter of unleashing it now and showcasing it to the world” Ting concluded.