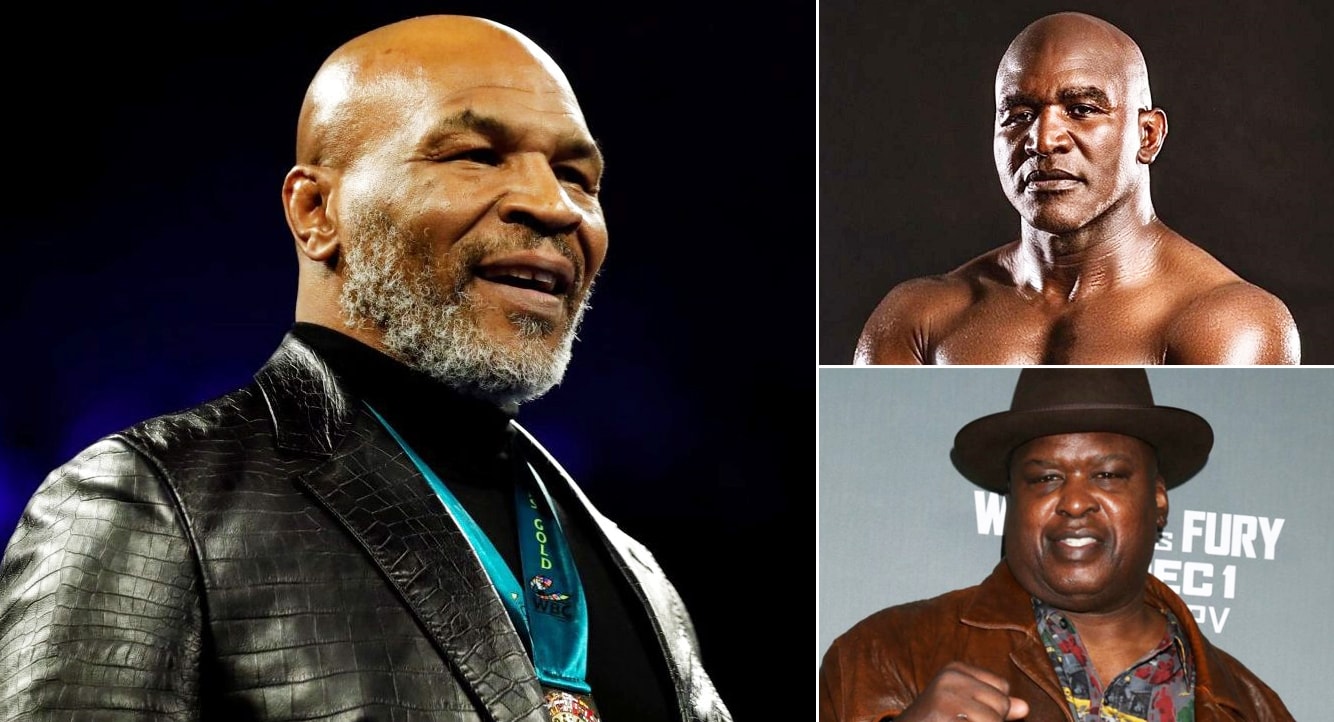 Tyson returned to the boxing ring after 15 years to face Jones Jr. in a special exhibition bout, which ended in a draw. Despite the result, ‘Iron Mike’ was praised for his performance, with many – including UFC president Dana White – stressing that he won the fight.

The former boxing heavyweight champion has also promised to stay fit and compete regularly, ideally every two months. Fortunately, the 54-year-old has several options on the table.

Holyfield and Tyson have fought twice in their careers in the 90s, with the former winning both the bouts; the first via TKO, and the second when ‘Iron Mike’ was disqualified for infamously biting off a chunk of his opponent’s ear.

A third fight between the two could happen as Holyfield said during a press conference (as transcribed by MMA Fighting) that he is ready, and waiting for Tyson’s response.

“My side tried to make the fight happen and we got nothing but excuses,” Holyfield said. “Now I can see why he wanted a tune-up fight before thinking about fighting me.

“Roy Jones was a good local opponent for Mike. But a fight with me would be a global event and the only fight that anyone wants to see is a fight between us. There is absolutely no reason why we shouldn’t make it happen. No more excuses. This is the fight that must happen for both our legacies. Saturday night you said you were ready to fight me, so sign the contract and get in the ring, Tyson. The world is waiting and it’s on you now. I’m ready.”

‘Buster’ was the man to end Tyson’s 37-fight unbeaten run in 1990, winning him the WBA, WBC, and IBF heavyweight titles. Despite the huge upset, the two never rematched because the idea of it was never presented, Douglas told USA Today.

“I’ve been asked about it in casual conversation,’’ Douglas said. “They always ask, ‘Why didn’t you guys have a rematch?’ It was just never presented really, as far as a rematch. It was often mentioned. That’s about it.’”

If he were offered a rematch three-decades after they first fought, Douglas says he would happily welcome the opportunity with open arms.

“Sure, I would welcome the opportunity,” Buster said. “Being a prizefighter all those years and still feeling pretty good today, you always feel you got one more fight in you.’’

He also lauded Tyson and Jones Jr. for putting on a show.

“It was pretty competitive,’’ he said. “A couple of guys that were past their prime but put a good effort in there. Entertaining.’’

While boxing legend George Foreman did not put forward a challenge, he told USA Today (as transcribed by Bloody Elbow), that he was truly impressed with the way Tyson performed.

“I just couldn’t believe what I saw,” Foreman said. “And that was just an exhibition. Just think if [Tyson] had some activity the last two years. He’d be in line to be the champion of the world again at 54, 55. You have to have a really good manager to navigate you who to fight and who not to fight. But if he gets someone who can do some creative moves, he can be in the big time quickly.”

Would you like to see Mike Tyson fight Evander Holyfield or Buster Douglas again?