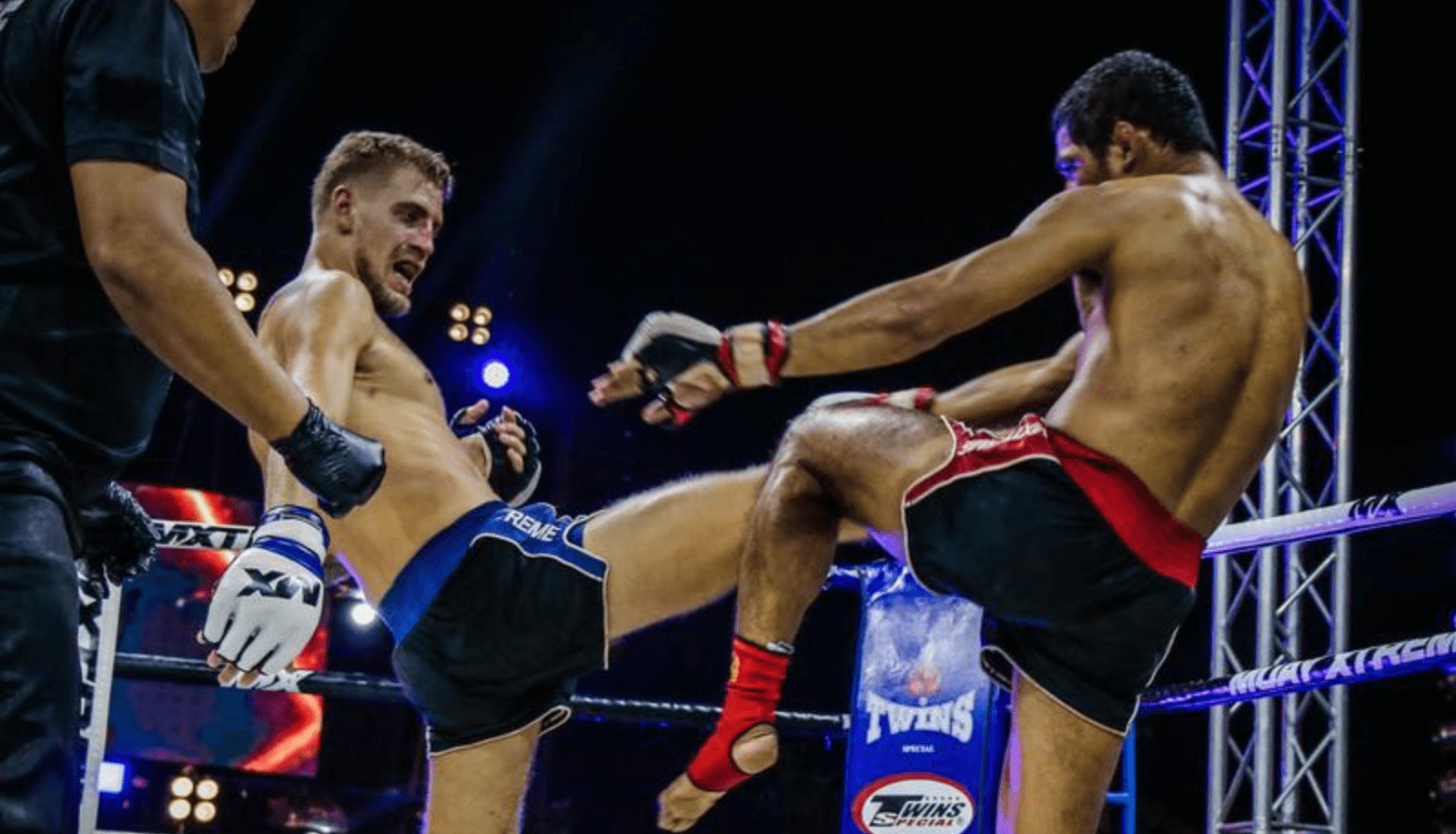 The latest edition of Chok! Magazine is out now. Its cover story features a great interview with MX Muay Extreme World Champion, Magnus Andersson. As part of Asian Persuasion MMA’s collaboration with Chok!, we’re happy to bring you their exclusive interview with ‘Crazy Viking’.

Hey Magnus, long time no see! How are thing’s going ?

Fantastic, thanks! I’m enjoying training at the moment, still learning and trying to improve my performance.

And still busy beating people up around the world or settling in to beach life on Phuket?

Last year we were in Las Vegas with Lion Fight, in Gottenburg in Sweden as well as at a huge outdoor event with Top King World Series – with more than 10,000 people – in Thailand. I love to travel and meet new people and luckily I have a job that involves some traveling as well as fighting. I am very settled here on Phuket and island life suits me. I am not from a big city so I feel comfortable with my training and life on Phuket.

You have won many big international titles over the last two or three years, fighting on some of the biggest promotions in the world. Your greatest moments in a few sentences?

Our daily schedule varies but we train twice a day, every day. We run as a team together at 6.30am, sometimes over the hill and back, (10km) sometimes sprints, then kick pads with Sayannoi my trainer and sometimes some boxing rounds with the boxing coach, bag work, clinching etc.

I try to eat a healthy breakfast at about 10am and then surf or relax. I surfed in the cold in Sweden so when there are waves here I love to be in the sea.

I usually eat lunch and then have an afternoon nap to let my body recover. 3.30pm training starts again, 30 minutes of boxing before Muay Thai. My afternoon training finishes at 6pm and after a shower we usually go to eat locally or sometimes visit the ice baths or the sauna. I read at night sometimes too, but try to be asleep by 10pm latest so I am ready to perform again the next day.

If you have a fight coming up, what’s your training plan like then?

I’m moving up in weight now, to fight Thai superstar Sudsakorn for the 72kg Lion Fight World Champion belt. It’s a tough fight, Sudsakorn is highly skilled and has a lot of experience. He will be a little bigger than me, so I have changed my diet and am doing an extra session each week in our strength and conditioning gym with coach Wallis. The fight will be in Dublin, so I’m excited to travel to a new place and hopefully I can make a little history and hold Lion Fight belts in two weight divisions.

How did a young lad from Sweden go from national amateur Muay Thai to living and fighting the dream? And why did you choose Revolution as your home gym?

I represented Sweden at IFMA and I think it provides a good base for fighters that want to go on and become professional. I knew that to reach top level as a professional fighter, Thailand is the place to be based. I tried another camp and had some fights but decided to move to a bigger camp where I could get better training and more opportunities. I met Tim Fisher at Super Muay Thai in Bangkok and was staying in the same hotel as him and his fighters. After the fights, when I mentioned that I was looking for a new gym, Tim invited me to his gym to trial and the rest is history. I can say it was a great move for me. The team at Revolution is like my family. Sayannoi is a fantastic teacher and Tim is a great coach and like a second father to me. He has kept my feet on the ground and helped me mature in and outside the gym.

I like MMA. I train a little BJJ with our Brazilian Jiu Jitsu Coach Lucas Cannon. This year though, I will fight at Rajadamnern Stadium on Petchyindee Promotions, on Lion Fight and hopefully at the MTGP in Australia.

And what in your opinion makes a Champion?

From the moment I wake up I am focused on what I need to do that day to take steps towards winning my next fight. I’m always trying to improve myself, my strength, skills, tactics and performance.

Thanks, to close please answer our “Five Rounds” questions:

When I am old I want to: Be remembered

Happiness is: Winning and spending time with my family

Thank you Magnus, all the best, good luck in 2020 and chok dee my friend!

The latest edition of Chok! Magazine, featuring Magnus Andersson on the front cover, is out now.

And in case you missed Chok!’s exclusive interview with Liam Harrison, that we shared last month, you can read it here.