Exclusive: Mark Sangiao Interview Ahead Of ONE: Inside The Matrix 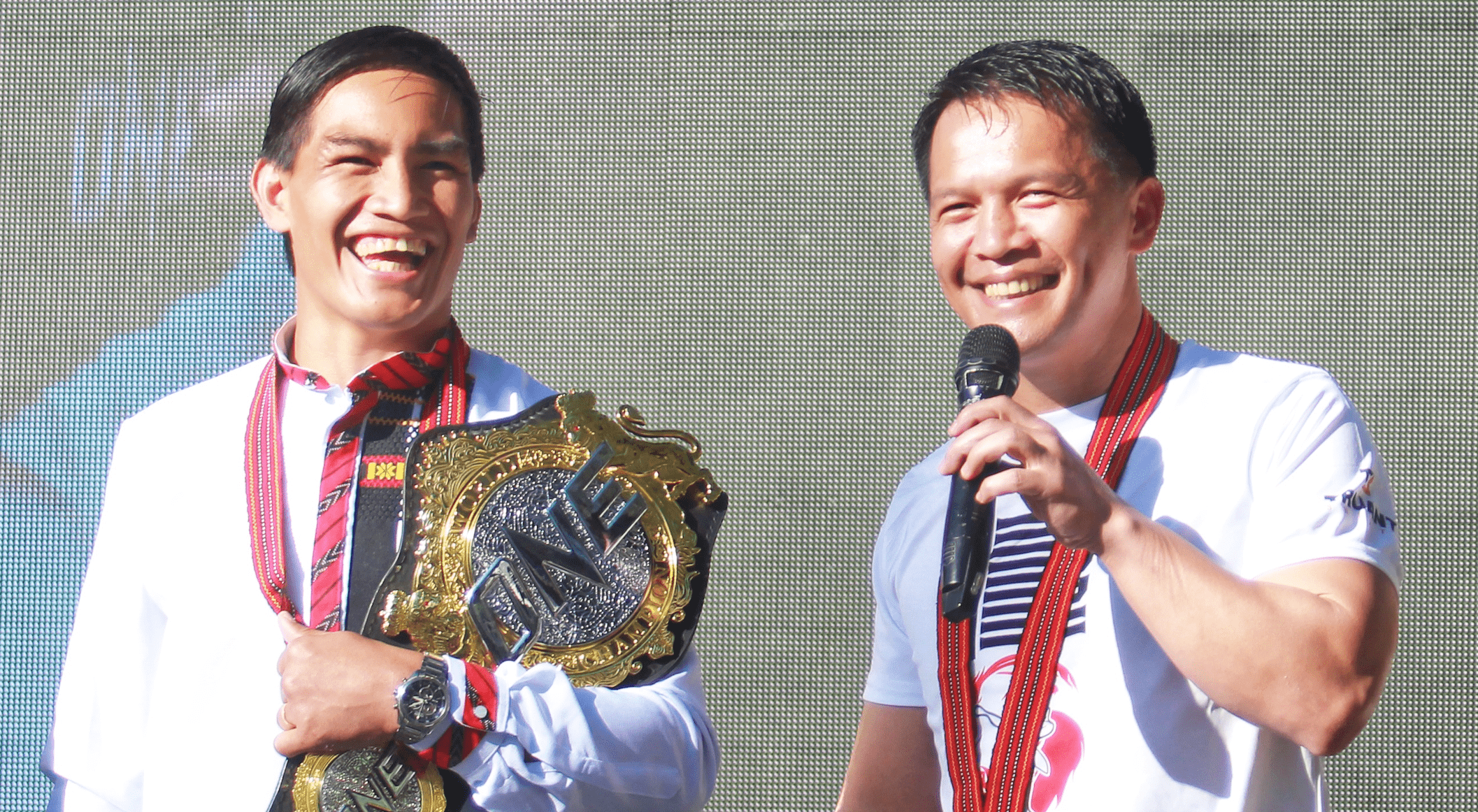 ONE Championship made a triumphant return to Singapore with ONE: Reign Of Dynasties on October 9th. After two events, the action continues with ONE: Inside The Matrix on October 30th. As well as four title fights, the card will also feature Filipino fan favourite Eduard Folayang, who will be making his return to the ONE Circle against Antonio Caruso.

One thing Folayang and Caruso have in common is that they both lost to Pieter Buist in their last fight. Despite the loss, Mark Sangiao still has confidence in his student. Speaking exclusively to Asian Persuasion MMA, the head of Team Lakay expressed his relief that fighters in the Philippines can now train. Albeit, with certain measures enforced.

“Almost Back To Normal”

“In the Philippines, we can train now, but of course we have to follow some protocols that the government implemented,” said Sangiao, “We’re happy again so we can train as a team. Compared to before when it was lockdown, you’re training alone if you have no companions at all. But now it’s very good. Almost back to normal.”

Sangiao’s most notable disciple, Folayang, has spent two months in training camp ahead of his bout against Caruso.

ONE CEO Chatri Sityodtong previously stated that the promotion will also host international shows outside of Singapore. This could possibly mean events in Manila. Sangiao hopes this will be the case.

“I really hope we can have a Manila card before the year ends,” said Sangiao. “But again, depends on the situation in the Philippines if they can also think of good strategies in handling events like ONE did here in Singapore and Thailand.

“But for now, the most important thing is the safety of our athletes, officials and all people working behind ONE and all of us.”

Sangiao and his stable have also stayed busy prior to the return of Folayang by watching prior events, including the local shows hosted in Bangkok. He believes that some of the fighters featured may potentially face fighters from Team Lakay in the future.

“We watched the previous cards and we’re very happy that ONE is back,” said Sangiao. “Also watching the previous matches, we can see some possible athletes that Team Lakay athletes might face. I analysed by looking at their fights. We’ll see in the future.”

One name that stands out in particular to Sangiao is Reece McLaren, who is coming off a knockout victory over Aleksi Toivonen at ONE: Reign Of Dynasties. The Australian is no stranger to Team Lakay athletes, having lost to Danny Kingad at ONE: Dawn Of Heroes in the ONE Flyweight Grand Prix semifinal.

“I’m studying and analysing some potential opponents for our athletes,” said Sangiao. “Like Reece McLaren. He’s looking for an opponent in Team Lakay. He’s choosing [between] a rematch with Danny Kingad or Geje Eustaquio.

“I like the attitude of McLaren. He’s very good, intelligent. I watched his last fight and I’m impressed that he improved his striking.”

While Folayang is the first Team Lakay member to return to action following the global pandemic, others could soon follow suit. Chief among them is ONE strawweight champion, Joshua Pacio. A trilogy fight with Yosuke Saruta seems to be on the horizon.

“It’s a big possibility that he will be facing Yosuke Saruta for a third time,” Sangiao stated. “I told Joshua to prepare for a fight against Yosuke. Yosuke is a good champion. So our champion at Team Lakay should prepare double time, three times.”

What’s Next For Danny Kingad?

Sangiao also acknowledges that his pupil Danny Kingad is competing in a flyweight division overflowing with talent. It will take a lot of effort from ‘The King’ to move up in the rankings. But he believes the ONE flyweight Grand Prix finalist has the potential to win the world title.

“For Danny, he’s stuck,” said Sangiao. “Very good division, the flyweight division. We have a lot of good opponents. We have [Adriano] Moraes, we have DJ (Demetrious Johnson), we have Danny. And I’m always looking at him as the next to be on top. But of course, we have to work really, really hard because that division is very tough.

“For us, we’re always ready to let Danny to prepare well. If he needs to have more experience before going up, then so be it. We have to be one hundred percent when he wants to get that title.”

Kevin Belingon Wants The Best And The Belt

Another known Team Lakay member vying for a title is Kevin Belingon. ‘The Silencer’ came up short in his bid for the ONE bantamweight title against Bibiano Fernandes at ONE: Century a year ago. However, the former bantamweight champion still hopes to win the belt back.

“Kevin wants to fight the best.” Sangiao said. “He wants to reclaim the bantamweight championship belt. And he told me ‘I want to fight the best in order to get back on track’. Still, the fight is in him. We know how explosive when he fights. I know he is very aggressive to get that belt again.”

“We Have A Good Plan”

Folayang will be facing a Brazilian jiu-jitsu exponent come fight night. The ground game has long been a weakness for ‘Landslide’. However, Sangiao believes that his prized pupil has made improvements over the years, especially for this fight. He thinks that as long as Team Lakay’s big brother sticks to the game plan, the win will come their way. And a victory could be the first step on the path back to the world title.

“Antonio Caruso is a BJJ athlete so we know what is his strong side.” Sangiao said. “He’ll be giving Eduard pressure on his advantaged side. But Eduard’s prepared for this. We have a good plan. Hopefully, Eduard can execute this game plan perfectly, so that he will be back on track. And he can regain the lightweight championship belt. And we are in Singapore, this is where he claimed his first belt before.”

Who do you think walks away with the win when Eduard Folayang faces Antonio Caruso at ONE: Inside The Matrix?