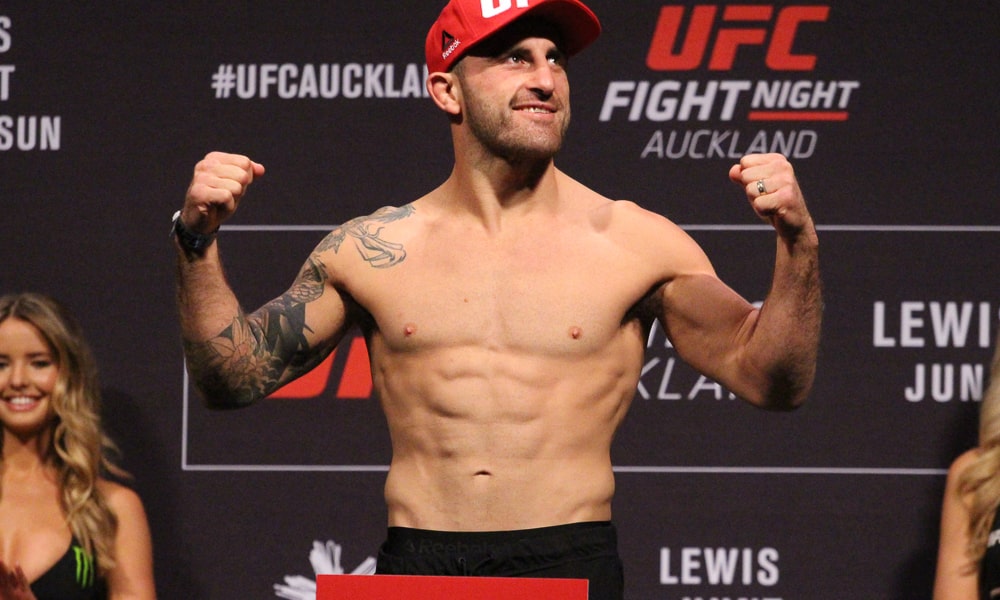 If you’ve been following the rapid rise of Alex Volkanovski, you’re probably aware that the five foot six Australian was once a heavyweight sized rugby player. Hard to believe when you see him fight at 145lbs.

Volkanovski obviously sensed that most of his fans couldn’t imagine him weighing over 210lbs and so he posted a photo of him in his rugby playing days. Whilst jokingly calling out the lightweight champion, Jon Jones.

@JonnyBones I’m coming for that belt!! Ever wondered what a featherweight would look like fighting at light heavyweight? ? #fathead @ufc pic.twitter.com/BXsU1ekBZT

The number four ranked featherweight is coming off his most impressive performance to date, a second round TKO win over Chad Mendes at UFC 232.

It’s worth noting that although a featherweight, Volkanovski did weigh 166.5lbs on fight night against Mendes. 14% more than he weighed at the weigh-ins. Which is 4% more than the California State Athletic Commission (CSAC) recommends. Meaning there’s a good chance we’ll see him move up to lightweight in the future.

But even at 166.5lbs, he still has a lot of weight to put back on, to get back up to 210lbs again and an encounter with Jon Jones!