Fight News: Including Chandler’s UFC Debut And Paul vs Askren 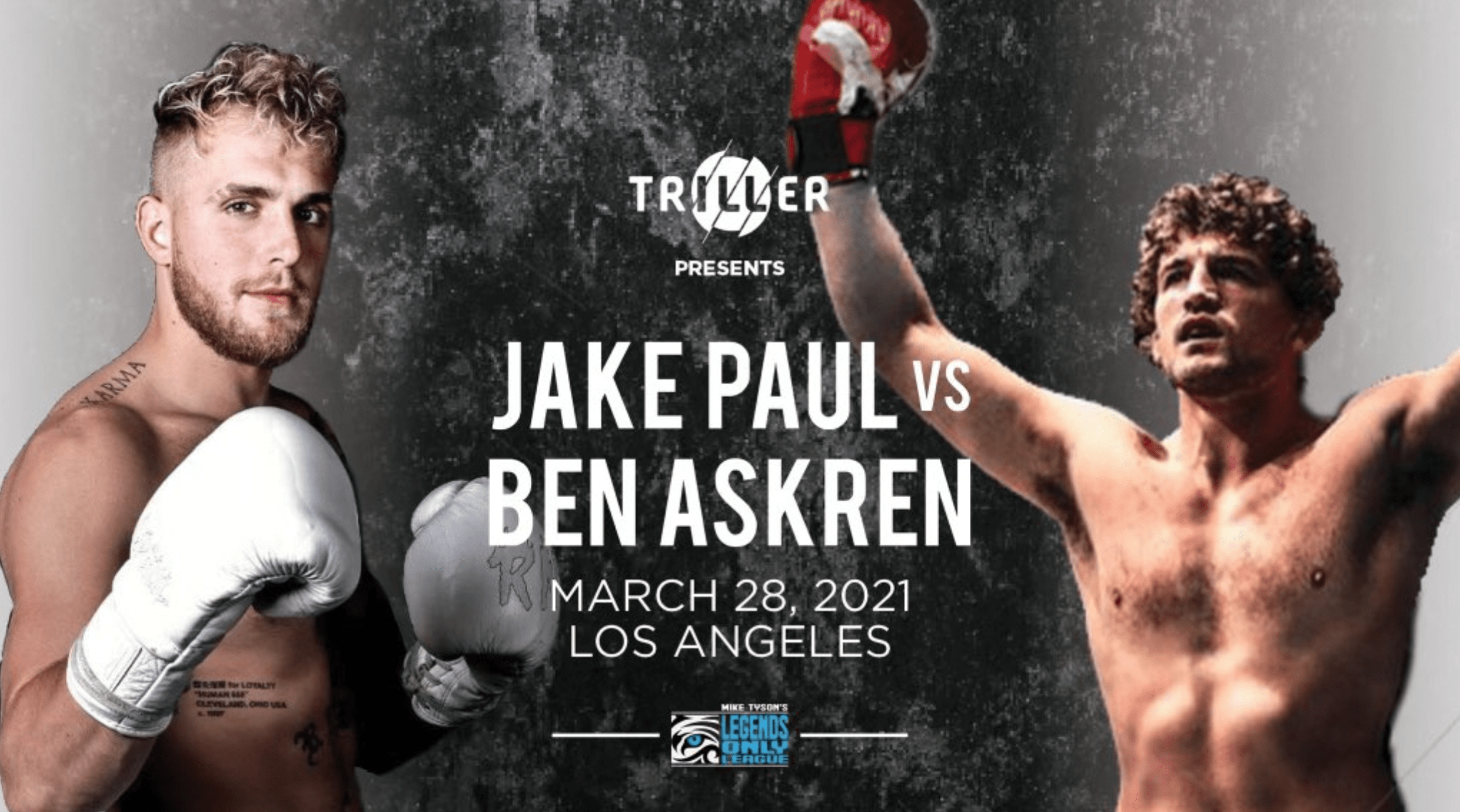 As we approach the end of a turbulent year, fight news is coming in thick and fast for next year. In the last few hours alone, there has been some huge fight announcements. Including Michael Chandler’s UFC debut, Marcus ‘Buchecha’ Almeida’s ONE Championship debut, and Ben Askren accepting Jake Paul’s call out.

With UFC 257 set to go down in exactly one month from today, headlined by Dustin Poirier vs Conor McGregor 2, fans have been waiting for the promotion to announce the co-main event. While it was expected that Justin Gaethje would welcome Chandler to the UFC, the honour has been given to Dan Hooker. Stuff in New Zealand has reported that ‘The Hangman’ versus the former Bellator lightweight champion is in the works for the UFC’s first pay-per-view of the year.

Hooker is coming off a unanimous decision loss to Dustin Poirier at UFC Vegas 4 in June, in what is generally regarded as one of the best fights of 2020. The loss ended the Kiwi’s three fight win streak. Chandler last fought in August, where he knocked out Benson Henderson in the first round at Bellator 243, in what was his last fight in the promotion.

Five months on from signing with ONE Championship, Almeida finally has an opponent. According to Combate, the thirteen time IBJJF world champion and two time ADCC gold medalist is set to fight Kane on ONE’s February 24th card, which will feature Adriano Moraes vs Demetrious Johnson for the ONE flyweight title. The heavyweight clash will be ‘Buchecha’s’ long awaited MMA debut. While for ‘Reug Reug’, it will be his second professional MMA bout. The Sengalese wrestling sensation knocked out Sofiane Boukichou one year ago in his MMA debut at Ares FC 1.

Since knocking out NBA star Nate Robinson a month ago, Jake Paul has been calling out the likes of Conor McGregor, Jorge Masvidal, Dillon Danis, and Ben Askren to face him inside the boxing ring. Earlier this week, the 23 year old accused Danis of turning down a seven figure sum to fight him. ‘El Jefe’ supposedly needed more time to recover from the knee surgery he had done in March.

It would appear that Paul has finally got an opponent though. Chael Sonnen posted the fight poster on social media, stating that the YouTube sensation plans to fight Askren on March 28th, and then Danis in the summer. Not long after ‘The American Gangster’ posted this, ‘Funky’ retweeted it, and followed up with a short video explaining why he accepted the fight. The former ONE and Bellator champion previously stated that he would easily beat the 2-0 boxer in any combat sport.

The UFC is set to kick start 2021 with three cards in a week on Fight Island. The second of which will feature the rescheduled welterweight clash between Leon Edwards and Khamzat Chimaev in the UFC Fight Island 8 main event. ESPN’s Brett Okamoto has reported that the January 20th card will also see a top ten 170lbs contest between Michael Chiesa and Neil Magny. As well as being a huge fight in the stacked welterweight division, it will most likely also serve as a backup for the main event.

Since moving up to welterweight, Chiesa has won three straight and is coming off a unanimous decision victory over Rafael dos Anjos at UFC Raleigh at the start of the year. Magny, who had previously campaigned for a fight with Khamzat Chimaev, is also on a three fight win streak and is coming off an impressive win over Robbie Lawler at UFC Vegas 8.

Mike Jackson is set to return to the Octagon for the first time since beating CM Punk two and a half years ago. ‘The Truth’ is set to welcome Conor McGregor’s teammate Dean Barry to the promotion at UFC Fight Island 8.

A strawweight clash between Emily Whitmire and Hannah Cifers, and a flyweight contest between Montana De La Rosa and Mayra Bueno Silva are set to go down on February 27th.

Jordan Espinosa has tested positive for the coronavirus and as a result, his flyweight matchup with Tim Elliott has been moved back from UFC Fight Island 7 to UFC 259 on March 6th.

Which matchup are you most looking forward to in early 2021?