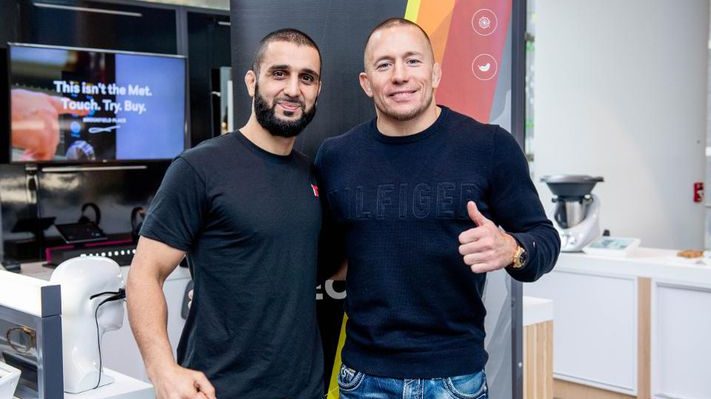 Firas Zahabi is one of the best coaches in the game today, and Tristar gym’s head trainer recently spoke about Khabib Nurmagomedov and Tony Ferguson. Khabib has now established himself as one of the best pound-for-pound fighters in the sport, and his dominance in the division has led to many calling him the greatest lightweight competitor in history.

However, there is one fighter many believe can unlock Khabib’s mystery, and that is Tony Ferguson. Firas Zahabi has trained the likes of Georges St-Pierre and Rory MacDonald, and knows a thing or two about elite fighters.

Zahabi recently spoke with Mohammed Hijab, and called Khabib the greatest lightweight ever. He also said Ferguson is the only fighter that can stop Khabib.

“If there’s anybody who can beat Khabib — and I don’t think there is, Khabib is the best lightweight in history — the only real contender is Tony Ferguson”, Zahabi said (transcript via BJPenn.com). “Ferguson does a lot of great jiu-jitsu. He’s great at getting back to his feet, he’s great at rolling out, he’s very aggressive off his back.”

Firas Zahabi also talked about Ferguson’s BJJ, and his ability to switch submissions depending on his opponent’s position. When asked if Tony could have finished Nurmagomedov if he were in Dustin’s place, Zahabi said Tony would have done things a bit differently.

“Guillotine’s can be finishes for sure, but not the way Poirier had it. That could lead to a sweep”, Zahabi said. “But Ferguson could have turned it into an anaconda choke or D’arce choke. He’s well known for his D’arce choke. Guillotine, anaconda and D’arce, they go together. So I think Ferguson could have chained it. But the way Poirier was handling that guillotine, I think he should have went for a sweep instead of a choke.”

Zahabi also mentioned that he believes the only other person, aside from Tony who can finish Khabib is Islam Makahchev. However, considering Khabib and Islam are teammates, that fight will never happen.

Firas also pointed out that Georges St-Pierre could also put an end to Khabib’s reign, that is if he comes back from retirement, and can persuade the UFC to give him the next crack at “Eagle”.