Five Exciting Potential Matchups In ONE Championship For 2020 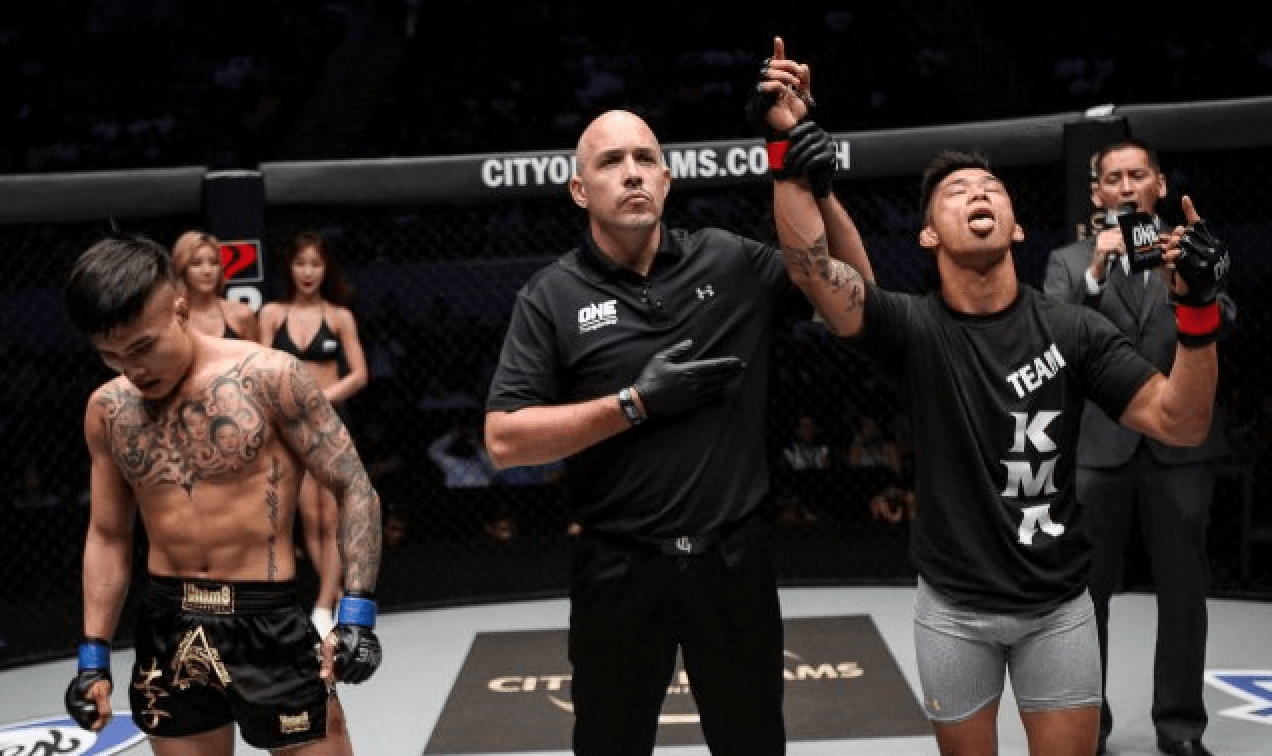 Asia’s largest sporting property ONE Championship, successfully held 21 epic martial arts events all over the Asian region in 2019. Highlighted by two massive events in Japan, ONE: New Era in March and ONE: Century in October. Both of which were rewarded by a record-breaking numbers across all of their social media platforms.

The 21 cards saw some of the most exciting bouts in the promotion’s history, between some of the best martial artists on the planet. Matchups such as Brandon Vera vs. Aung La N Sang, Xiong Jin Nan vs. Angela Lee (twice), Eduard Folayang vs. Eddie Alvarez, plus the debuts of Demetrious Johnson and Sage Northcutt, made 2019 a year to remember.

As the year closes, ONE Championship CEO Chatri Sityodtong teased the fans with a number of potential matchups to look forward to next year, as the promotion continue to beef up their roster.

Aside from Chatri Sityodtong’s list of potential match ups posted on his social media, here are some other potential bouts that would we think would be fun in 2020:

In 2016 two young featherweight prospects collided at ONE: Global Rivals in Manila. On the night, it was the then 27-year old Martin Nguyen who left the Philippines with the victory, against the then 20-year old Li Kai Wen.

Fast forward to 2019 and Nguyen is the undisputed ONE featherweight champion, with three title defences to his name. ‘The Situ-Asian’ also earned the ONE lightweight title, defeating Eduard Folayang in 2017 to become the promotion’s first ever two-division champion. The Vietnamese Australian also got a whisker away from becoming a the sport’s first ever three division champion but currently solely holds the ONE featherweight title, after relinquishing the lightweight title.

Meanwhile, the Chinese phenom Li Kai Wen has collected five wins out of six bouts since losing to Nguyen. With the only loss coming via a disqualification for punches to the back of the head of his opponent Ahmed Mujtaba, in 2017. ‘The Underdog’ has finished his last four opponents, three of which were in the first round.

This highly probable encounter of youth versus experience is simply intriguing. With Christian Lee replacing an injured Eddie Alvarez in the ONE Lightweight World Grand Prix Final last October at ONE: Century and surprisingly dominating the Russian contender Saygid ‘Dagi’ Arslanaliev, to capture the Grand Prix title. During the post bout ONE: Century Part I press conference, following his win over ‘Dagi’, Christian called out Alvarez for a showdown in the U.S. in 2020.

As for the former UFC lightweight champion Eddie Alvarez, he will carry the confidence he got from his last win over Filipino superstar Eduard Folayang and will be raring to get back in the ONE Circle, after having to pull out of his bout with ‘Dagi’ just two weeks out from ONE: Century. If Alvarez can manage to stop the streaking Lee, ‘The Underground King’ would be the first athlete to win titles in the UFC, Bellator and ONE Championship.

Team Lakay and Filipino star Kevin Belingon should find a perfect match in Brazilian John Lineker when it comes to striking. These two athletes are two of the top bantamweights in the world. Belingon, who is a former ONE bantamweight champion, is proven to be an explosive athlete, displaying powerful strikes against every opponent he has crossed paths with.

The newly-signed John Lineker made a successful debut last October, after beating Muin Gafurov via unanimous decision at ONE: Dawn Of Valor. Before going to Asia’s biggest combat sports company, Lineker cemented himself as a top contender in the UFC through his power shots, en route to the ‘Hands of Stone’ moniker.

Sage Northcutt’s ONE Championship debut didn’t go as planned, with the 23 year old suffering a devastating first round knockout against Cosmo Alexandre, last May at ONE: Enter The Dragon. Northcutt has been unable to compete since, due to facial injuries he sustained but revealed to APMMA in an exclusive interview that when he returns, he will move down two weight classes to featherweight, where he has remained undefeated throughout his career.

Former ONE featherweight champion Marat Gafurov remains one of the top featherweights on the ONE Championship roster, holding a respectable 17-2 record. The ‘Cobra’ is coming off a masterful performance against Japan’s Tetsuya Yamada, last May at ONE: For Honor.

In the strawweight division, two young rising stars emerged onto the scene in 2019. Lito Adiwang is one of the hottest prospects on the ONE roster. The Filipino earned himself a ONE Championship contract after an impressive run in the ONE Warrior Series, Adiwang went on to make a big statement when he scored a first round stoppage victory over Japan’s Senzo Ikeda at ONE: Century.

Bokang Masunyane also made a huge splash in his ONE debut after comfortably beating Ryuto Sawada early this month at ONE: Mark Of Greatness. The undefeated South African out wrestled his Japanese counterpart en route to a unanimous decision win.

Which matchups would you like to see in ONE Championship in 2020?