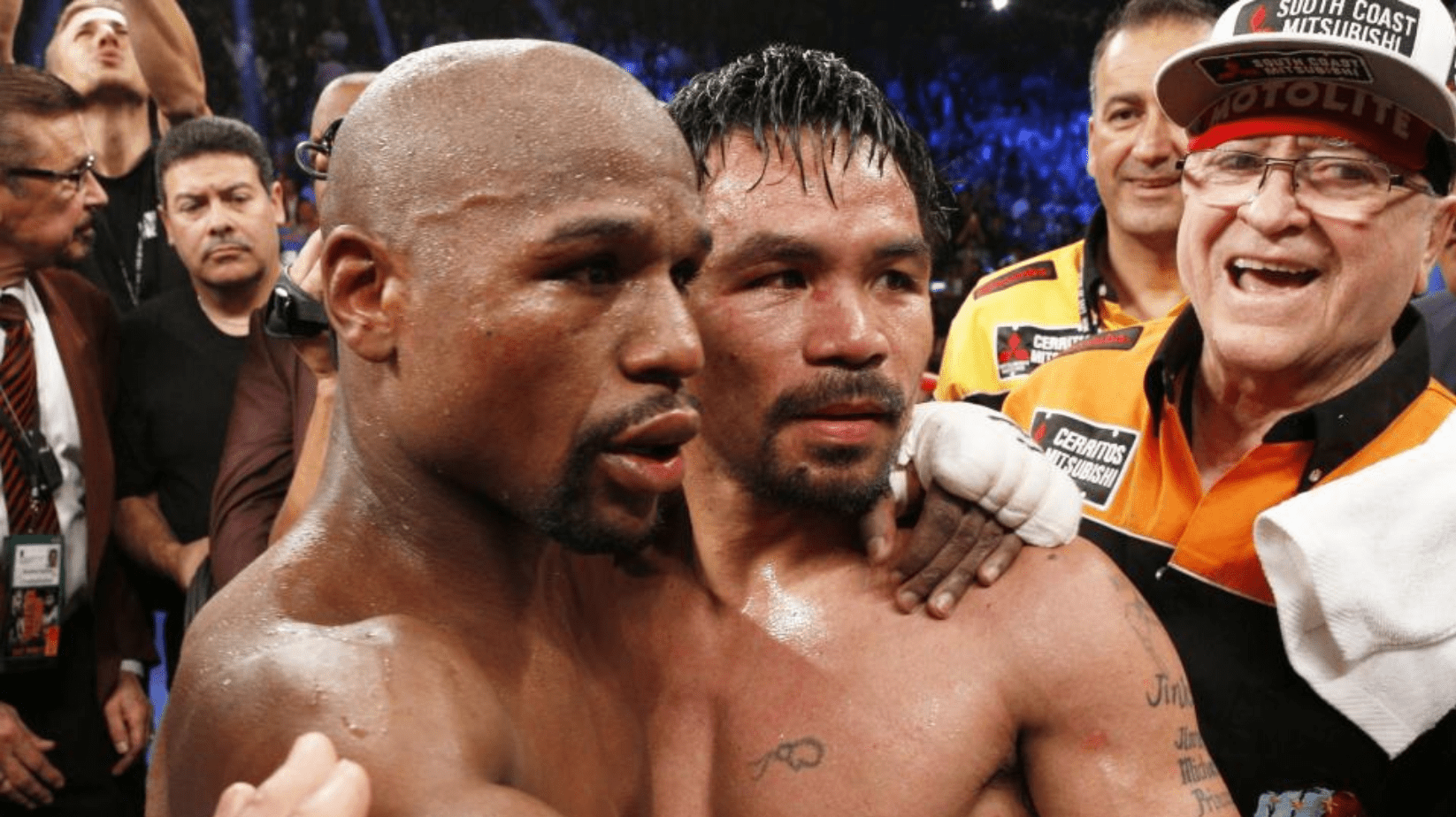 This past weekend, 40 year old Manny Pacquiao turned back the clocks with an impressive win over the previously unbeaten Keith Thurman. As well as Manny’s performance on the night, one of the big talking points after the fight was the fact that Floyd Mayweather was in attendance.

As you would expect, a lot of the talk was around whether we’ll ever see a rematch between the two. But whereas Pacquiao has consistently called for a rematch, Mayweather has distanced himself from any such talk.

Taking to Instagram a few hours ago, Mayweather posted a message stating that Pacquiao’s legacy was built on being associated with his name. Going on to say that he believes the reason he gets a lot of bad press is because everyone is upset that he broke Rocky Marciano’s record of going 49-0 in his boxing career.

Shortly afterwards, Pacquiao took to social media to hit back at Mayweather. And again, hinted at a rematch.

A little while ago, Mayweather responded to Pacquiao’s response, and he didn’t hold back. The 50-0 boxer told Pacquiao that he is his employee and that he only attended his fight at the weekend, to supervise him. He went on to say that he earned almost as much competing in his boxing exhibition match against Tenshin Nasukawa, that lasted less than one round, than ‘Pac Man’ did in his twelve round fight against Thurman. He finished by stating that he beat the Filipino boxer ‘mentally, physically and financially!’

Mayweather and Pacquiao fought previously in 2015, where ‘Money’ won convincingly on the judges’ scorecards.

Other than his exhibition match with Tenshin at Rizin 14 last New Year’s Eve, Mayweather’s last boxing contest was against Conor McGregor, almost two years ago.

Whether there is genuine beef between the two, or this is all part of hyping up the rematch, that some say is inevitable, we will have to wait and see.

Do you think we’ll see a rematch between Floyd Mayweather and Manny Pacquiao?