Frank Mir Calls Out Brock Lesnar, Challenges Him To A ‘Death Match’ 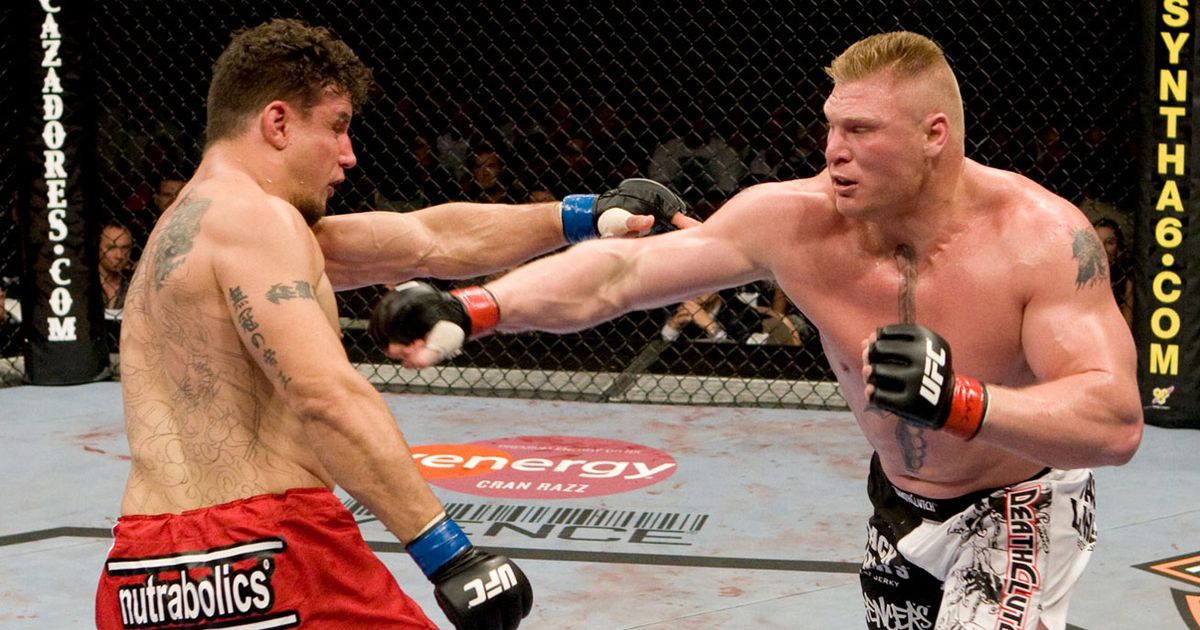 The storied rivalry between Frank Mir and Brock Lesnar is arguably the first time the MMA fans got to witness two mammoths who legitimately wanted to beat each other to a pulp. While Frank Mir managed to subdue Lesnar during their first encounter inside the cage, Lesnar returned the favour at UFC 100, after which he famously said that Mir had a horse-shoe up where the sun never did, and never will shine.

Fast forward to a decade later, and both their careers have taken unexpected turns. While Frank Mir has retired from MMA, Brock Lesnar walks into WrestleMania 35 as the Universal Champion. There are also talks about Lesnar returning to the UFC in August to face the current UFC Heavyweight Champion, Daniel Cormier.

But before Lesnar can defend his title this Sunday, Frank Mir made his professional wrestling debut for Josh Barnett’s ‘Bloodsport’ event during the WrestleMania weekend. Similar to the International Fight Week for the UFC and MMA, WrestleMania week is the biggest week for wrestling promotions and fans, who turn up in thousands in the city hosting the ‘Grandest Stage of them All’.

Mir defeated yet another MMA/professional wrestling legend Dan Severn on his debut, and after the match, called out Lesnar to a death match!